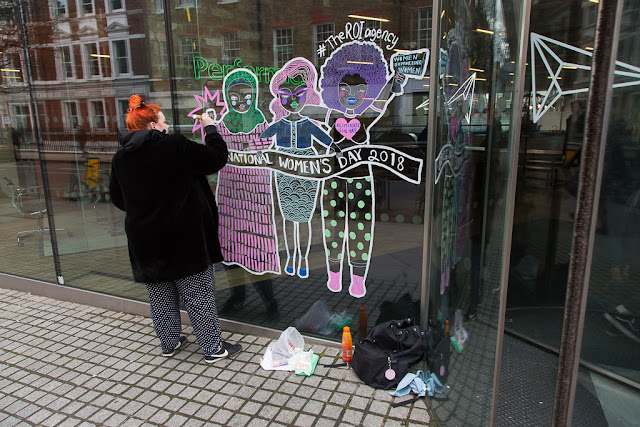 Just as I recently digitized some old family tape recordings, I'm also working on converting our home movies to digital files. Our movies -- made by my dad in the late '60s and early '70s -- are on Super 8 film reels, and those reels haven't been viewed in years and years. In the '80s, Dad had them converted to videotape, so we had a video version which was then converted, years later, to DVD. But of course the quality is terrible because it's two steps removed from the original format -- and besides, we've always suspected that the guy who transferred the movies to video in the '80s missed a reel.

When I visited my mom in February I collected all those films and brought them to England. Yesterday, I hauled our one big reel and five small ones to a film transfer lab near Tottenham Court Road, and in about a week we should have newly digitized home movies. They'll even adjust the color if needed and make other corrections. Woo hoo!

I might put a few scenes on YouTube. Probably not the one of me in the bath.

It was fun to get away from school in the middle of the day. I really should do it more often. I came across this woman (above) drawing a mural on the window of an office building for International Women's Day. I asked her if I could take some pictures while she worked, and she agreed.

Speaking of International Women's Day, The New York Times has published an interesting feature -- a set of obituaries for famous women who were ignored in its pages when they died. The list is remarkable -- Diane Arbus, Sylvia Plath, Charlotte Brontë, the Bollywood star Madhubala, the anti-lynching campaigner Ida B. Wells. It's an interesting way to acknowledge past weakness in their editorial judgment about who deserved a Times obituary. Check it out!
Posted by Steve Reed at 6:23 AM

I hate seeing old home movies because I remember what I felt like and what was really going on in my house when they were taken which is all stuff I'd just rather not think about.
Also, International Women's Day just pissed me off. Is there an International Men's Day? No! You know why? Because Men's Day, International or Otherwise, is 365 Days A Year.
Ooh, I sound bitter and old and angry.
And sometimes I am. I admit it.
On the other hand, it is beautiful here this morning and clear and cool and I am grateful to have survived what those home movies did not show and I am also glad to be a woman because I know what my true abilities and power are and they, like the true abilities and power of all women is rather awesome. And I know some rather awesome men as well and you, Steve, are one of them.

I've been reading those obituaries in the NY Times. I was amazed too! It impressed me that they are bringing it to their reader's attention now. You've made me wonder where all the old home movies from my family have gone. I don't have them. I wonder if one of my sisters have them.

I haven't thought of those old home movies in such a long time. Sadly, ours are all gone into the trash heap of time. Really glad that we have the old family black and white photos. It's interesting to look back. I'm looking forward to seeing your videos! I saw the NYTimes piece on obituaries. It always knocks me out a bit to see who was overlooked and why.

Women are making some gains but there's still a long way to go.

women have been ignored by history for thousands of years. Judy Chicago's Dinner Party really opened my eyes about women's accomplishments that often times men were credited for.

My parents knew each other just 2 weeks before they married, they were together 74 years until dad died at 98. On their 55th wedding anniversary my aunt, my mom's sister, had all of our old movies converted to VHS which was shown at the party. What a nice touch that was.

Hey, I can't see Sharon's link, Phoenix Daily Photo, on your blog roll today. Is that a mistake on my end?

For someone who spent many years working in television, I have relative few videos of myself from those days. Probably just as well.

That NYT article on the forgotten women was shocking to me for the women they did ignore.

How cool to be getting your movies re-done! I can remember watching old, old reel movies of my brother and I when we were little, and I found the movie projector when I cleaned out my dad's house, but there was no sign of the reels. I would have liked to see them again, but they're still in my head and that will have to do :)

Ms Moon: I can see how movies would have an entirely different effect on you. Even for me, knowing that we all seem so happy and yet my parents were on the verge of divorce, they can be a mixed bag. And I get your frustration with Int'l Women's Day -- it would definitely be preferential to not need a special day to highlight the contributions of women! (There's also a Women's History Month at some point in the calendar, isn't there?) Unfortunately, it seems, we still do.

Sharon: You should track those movies down and watch them! I bet they're a hoot.

Robin: Do you think another of your family members has them? Surely they didn't just get thrown out.

Ellen: I've never seen "Dinner Party" in its entirety, though I've seen photos. I'd love to have the chance to see it sometime.

TJ: OK, this thing with Sharon's blog is very weird. It's still on my blog roll, but it's jumped down to the very bottom and the link no longer works. I've tried to re-install it a couple of times but it doesn't seem to make a difference. Must be some blogger issue! Hopefully they'll get it worked out.

Catalyst: You're probably on a lot of video footage in the archives of the stations where you used to work!

Allison: Isn't it mind-blowing?! It definitely shows the degree to which some women's achievements were marginalized at the time.

Jenny-O: I hope your family reels are still around somewhere! I'd hate to think they just got discarded. Maybe a family member has them?

That New York Times feature was fascinating! When I saw who was included, my jaw gaped that women of this stature had somehow not merited an obit. Thank god for changing times, even if its not always been apparent how far we've come.