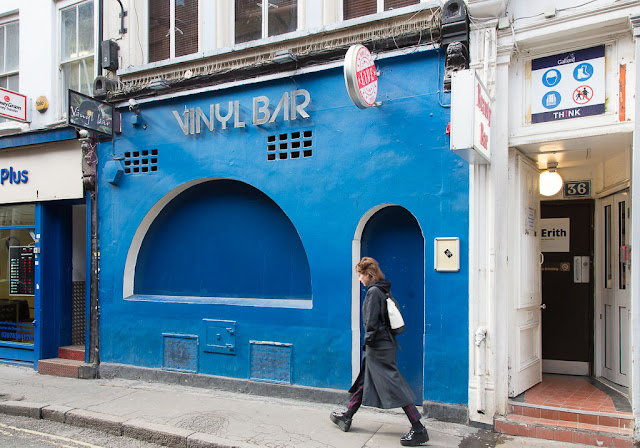 Students and staff at our American school here in London participated in yesterday's anti-gun walkout. Even though Britain in general is a much more secure environment when it comes to gun laws and gun regulations, our demonstration was meant to show affinity with marching students all across the United States. I didn't participate personally, because someone had to stay in the library with the handful of students (mostly from countries other than the USA, it seemed to me) who stayed behind during the protests. But I certainly agree with the sentiment of the demonstrators.

It's great to see so many kids taking action and making their voices heard. The cynical side of me suspects it won't lead to concrete change -- at least, not immediately -- but these kids are forming opinions that will influence how they and their friends think and vote in coming years. So that's promising.

I do think public opinion is slowly changing on this issue. As older, more gun-friendly generations die off, and younger people who have been raised amid the seemingly endless parade of mass shootings grow up and become politically active, change is bound to occur. I also suspect fewer people in each new generation are participating in gun-related sports and hunting, which means many younger people see guns solely as criminal devices. Which is pretty much how I see them.

So, yeah, I'm glad to see kids taking a stand.

In other news, the painters in our flat made more progress yesterday. They removed our glass shower partition, a ridiculous (and ridiculously ugly) sort of gate which served as our shower curtain. It only extended half the length of the bathtub, which left the rest of the tub completely open to the room. I don't know who designed that thing, but Dave and I both hated it.

Our plan was to keep it and re-install it when we leave this property. Meanwhile, we'll use an actual shower curtain.

But the painters had to use some "brute force" (as one of them said to me) to remove the door, because the screws were badly stripped. So I'm not sure reinstalling it will ever be possible. We may have to eventually take our lumps for that decision. I put it in the shed in the back garden, and there it will stay.

(Photo: A bar near Tottenham Court Road, last week.)
Posted by Steve Reed at 6:59 AM

The walk out made me proud. I have crazy respect for the kids who are uniting and organizing. I made a donation so the kids from Parkland can go to D.C. for the March 24 rally, because I'm so impressed with those kids' eloquence and bravery.

Did you hear about the Republican creep, Leslie Gibson, in Maine who is running unopposed for a seat in the state legislature and called out two Parkland teenagers? He tweeted about Emma Gonzales: “There is nothing about this skinhead lesbian that impresses me and there is nothing that she has to say unless you’re a frothing at the mouth moonbat." He called David Hogg a "bald-faced liar."

Charming behavior from an adult, but he's a Republican so what can you expect.Democrats in Maine have until 5 o'clock today to find someone who will run against him, because Gibson doesn't show "Maine values". But this is a deep Republican, (white) state with one of the highest per-capita Welfare rolls in the US. so they are used to being hypocrites. Or moonbats (whatever that is).

it's likely the landlord won't even realize you removed the half shower partition. I wouldn't mention it when you do finally leave.

and yeah, I'm so proud of those kids. like you I don;t think it will result in immediate change but they are putting the politicians on notice, the ones in office now and future ones.

I do believe the tide may be turning on guns in our country. Young people can and do change the world. It's a lot of work and time, but that's what being young is all about. I'm absolutely heartened by their voices. I love knowing that students at your school marched. Yay! About that shower door, I think leaving it in the shed when you leave will be fine. The landlord can figure out what to do with it.

We can only hope these are the kids that will make the changes in the near future. They will start voting soon....they will start running for office in a decade or so. Too many people will die before anything happens though and that saddens and makes me furious at the same time.

"These kids are forming opinions that will influence how they and their friends think and vote in coming years."

Yes, this. And can you imagine how powerful this cause must feel to them, not just because they are teenagers, at a stage where everything shivers with extra intensity, but because they have the most tragic and concrete proof that their very lives are at stake.

I heard that the kids at this school have debate teams as a compulsory part of the curriculum, and that they all do theater and public speaking from a young age, and also that in their government class had been discussing the NRA as an example of lobbying groups. In short, theirs was an enriched and socially conscious curriculum, and if we ever needed proof of the benefits of that, we have it in the Parkland kids.

I'm hopeful that attitudes will change on the no gun laws. I hope that some of the issues which tie up american politics will also change with the youth.

I'm pretty proud of those kids too!

We had a sliding shower door on the tub at our last house & I HATED it! So hard to keep clean around the edges. I had to use a toothbrush, which I rarely would do, so it was mostly disgusting. I really wanted to take the thing off but I couldn't figure out how. With regard to yours - given all the stuff you guys are doing to improve the place I really don't think the landlord should say a word about that half door!

Your landlord . . . yechhh! I wonder if you even have a written lease. If so, I'll bet it heavily favors the landlord.

I thought that half glass door on the tub was a British thing. Every hotel I've stayed at in London had exactly the same thing. I never could figure out why. It's practically useless and certainly makes showering a drafty affair. When I was there two years ago, I asked the hotel for a walk-in shower but I would have had to upgrade my room so I put up with it once again.
I'm so glad to hear that your students also participated in the protest. These young people are a very impressive bunch. I'm hoping they continue pushing. A huge and powerful lobby against the NRA is needed. One that is just as ruthless as they are.

Somehow a half a shower door seems less than half useful :)

I do believe the teenagers of today will be the one to make a sea change in the gun issue in the USA.

I love these kids fiercely. May their determination not wane.