A Rainy Outing to the Movies 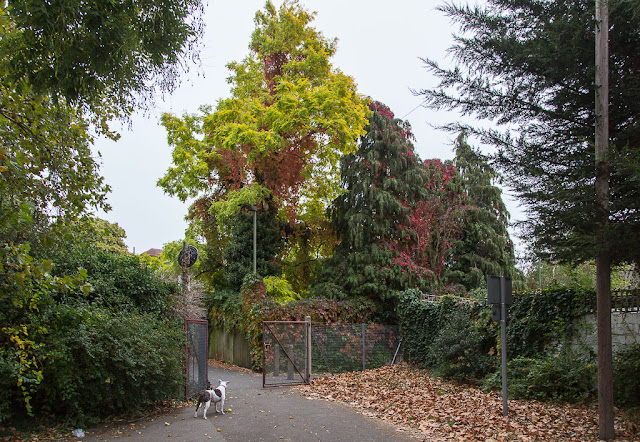 Despite yesterday's rain -- and it did rain pretty much all day from midmorning on -- Olga and I managed to take an early walk up to Child's Hill and through the park. It's starting to look quite autumnal around here, with the Virginia creeper vines turning bright red and some of the trees beginning to go yellow.

Olga chased her tennis ball and had a great time running around. She doesn't seem bothered by her healing sutures at all.

It's also getting chilly -- the high today is supposed to be in the 50's (F). We've turned on the heat in the mornings and the evenings. Dave and I have an annual debate about this, with him often wanting it on much earlier in the year than me -- I believe in piling on sweatshirts while Dave would rather wear one layer in a warmer house. But yesterday we really did seem to need it to keep the chill and dampness at bay. 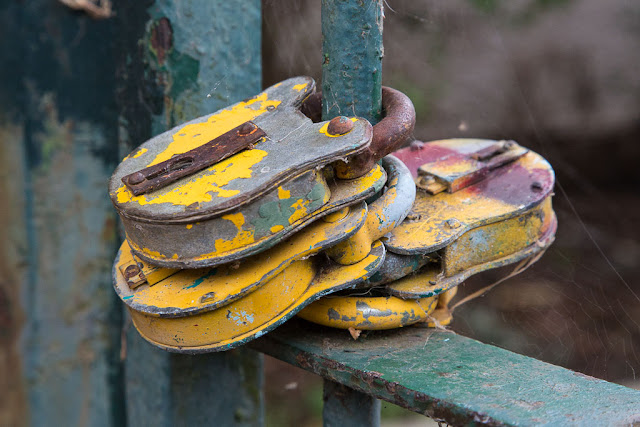 Dave had to go to school in the afternoon to work with some students, so I went to see "The Children Act" with one of my free movie passes through my health insurer. "The Children Act," which stars one of our famous neighbors, is interesting, tightly scripted and produced. I enjoyed it a lot -- it definitely makes you think about choices and consequences, identity and honesty -- although I think the title is terrible. I was also rewarded with a free Starbucks coffee through my health insurer, so I redeemed that and made an afternoon of it.

I popped into Sainsbury's on the off-chance that I could find a particular brand of red zinfandel that I like, and they had it -- woo hoo! -- so I bought a few bottles. It occurred to me that movies like "The Children Act," in which everyone is so well-dressed and tasteful, never show their characters trudging into Sainsbury's on a rainy afternoon to buy wine.

I finished "Oliver Twist," and was interested to find a passage toward the end in which Bill Sikes, on the run from the law, hides out on Hampstead Heath! I'll think of that the next time I walk there with Olga (hopefully today).