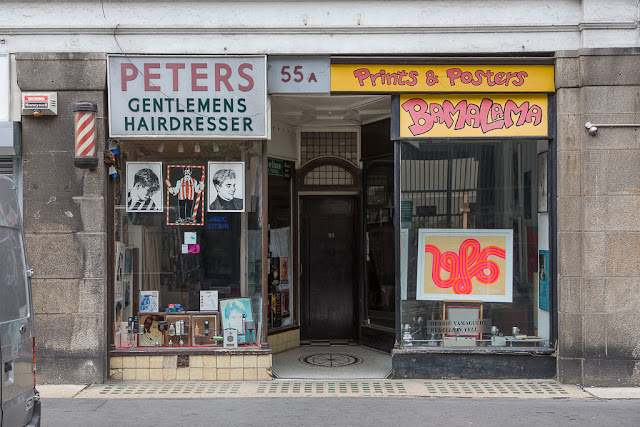 Not much news around here today. Our mouse situation has picked up again. We've caught three in traps in just the last few days, for a total of 22 since we started keeping count early this year. Maybe they're moving inside as the weather gets colder?

While walking Olga yesterday morning I found two plastic trash bags full of paperback books. I brought them home but was disappointed to find most of the books are in Turkish. I'm not sure I can even donate them to Oxfam, but maybe I'll try. There were a handful of English ones too -- nothing I would want to read, but somebody might. For example, there's a 624-page tome called "The Queen's Necklace" by Frances Mossiker, about Marie Antoinette. That's way too much decadent royalty for me.

Dave and I finished "The Americans" last night. I found the final episode lacking, but overall I really enjoyed he show. I'm looking forward to starting some new series, though!

(Photo: Shops in Clerkenwell, in roughly the same neighborhood where "Oliver Twist" takes place.)
Posted by Steve Reed at 7:07 AM