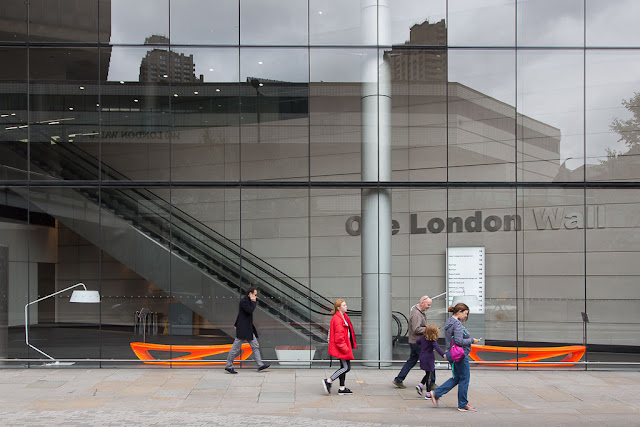 I went out last night with some co-workers to a pub in Maida Vale. I had three pints over a couple of hours and we talked about everything from gender fluidity in Renaissance theater to the ridiculous cost of London rents. It was very fun. I don't often get a chance to hang out with people from work, so it was a refreshing change. Dave didn't want to come, so he went home to care for Olga...

...who, by the way, seems to be doing well since her stitches were removed. Last night we let her sleep without the Tudor donut. I think I may see if she can do without it entirely from here on out, especially at night. Having that thing in the bed is like having a second dog.

It's supposed to rain today so I think it's going to be a day for lying around!

(Photo: Near the London Museum, last weekend.)
Posted by Steve Reed at 7:17 AM