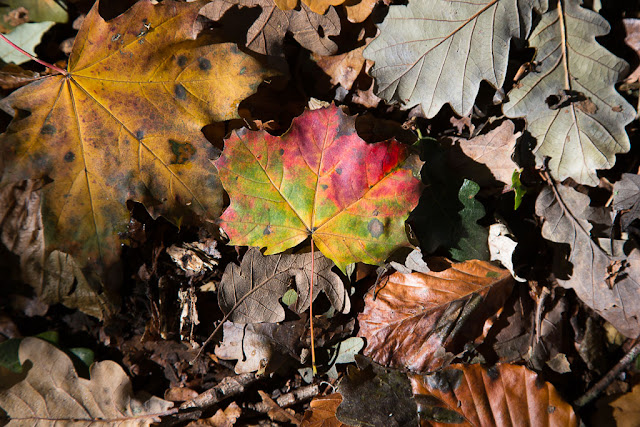 I've been mulling over this Kavanaugh situation.

I was upset by his confirmation. But I've been hesitant to condemn it outright because I respect Susan Collins, the Maine senator who critically voted in his favor. I initially thought, she knows more than I do about this guy and his intentions, and she's a pro-choice woman, and she's shown herself in the past to be willing to break with her fellow Republicans. She's not hyper-partisan. She has every reason to vote her conscience. Maine, in 2016, was a pale blue state -- she has less incentive (than Joe Manchin of West Virginia, which is very red, for example) to simply appease Trump-loving constituents. So maybe Kavanaugh isn't so terrible?

It was a bit like the period when George W. Bush was pushing to wage war on Iraq in 2002. I was 100 percent opposed, and then Tony Blair spoke up in favor and I thought, "Hmmmm. Tony Blair is a reasonable guy. Maybe there's something to this." I remained opposed, but he gave me pause.

But having watched Collins defend her position since, I gotta say: just as Blair was dead wrong, I think she is too. I understand, given a he-said, she-said situation, wanting to adhere to a presumption of innocence. But a confirmation hearing is not a criminal trial. It's a job interview. And Kavanaugh, in his statements to senators, showed himself fundamentally unfit for the job in both demeanor and (lack of) intellectual neutrality. I'm not a lawyer, but I don't think a confirmation hearing requires the same standards of proof as a criminal proceeding. A credible allegation seems reason enough to turn Kavanaugh away, as Collins' fellow Republican Lisa Murkowski courageously did.

Maybe deep down, Collins thinks Kavanaugh is better than the other judges on Trump's list of potential appointments -- a scary thought. She seems convinced he is not a threat to Roe vs. Wade, which is hard for me to fathom.

In any case, his confirmation sure seems like a victory for the old white guys. It's interesting and bizarre that a pro-choice woman cast one of the linchpin votes. 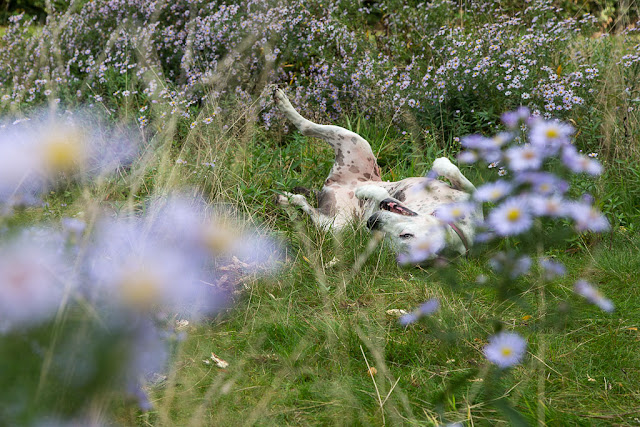 Olga and I went to Hampstead Heath yesterday, where she ran off an incredible amount of energy. She's clearly been building it up over the past few weeks, while lying on the couch in post-surgical recovery. Among other things, she rolled in this field of purple asters, also known as Michaelmas daisies -- one of our most reliable and ubiquitous fall flowers.

Walking the dog, on a sunny, cold autumn day, helped me feel better, anyway. I don't mean to brush aside the continual assaults on my belief system coming from governments on both sides of the Atlantic, because they hurt. But at the end of the day, I've got to find beauty and peace in what's going on around me -- in my garden, in my marriage, in my dog, in my job (not always easy). And in my blog.

So let's all roll in the daisies, shall we?

(Top photo: A leaf on Hampstead Heath, yesterday.)
Posted by Steve Reed at 6:12 AM