We had some amazing fall weather yesterday -- cool but clear and blue and sunny. And best of all, I didn't have to walk the dog! We're arranging to board her with yet another dog-sitter over the Christmas holidays, when we'll be in the states, and the dog-sitter wanted to meet her and walk her yesterday -- a sort of trial run. So while Olga was off on her "audition," I had some spare time. Seize the day!

I decided to go to Chiswick, an area of West London where I haven't visited in a while. I'd never been to Chiswick House, a neo-Palladian stately home from the mid-1700s, so I made that my goal. 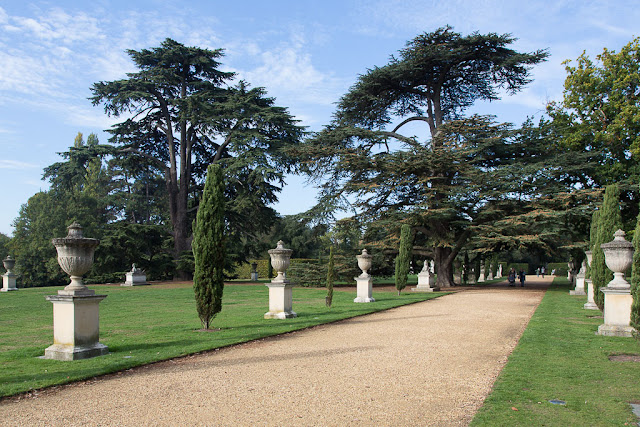 I toured the house, which has high, ornate ceilings and an impressive dome, as well as rooms covered in red and blue velvet. There's also some original furniture -- how weird to look at a chair from the 1700s and think about the people who must have sat in it, hundreds of years ago, in their powdered wigs and fancy cloaks! There are some paintings, too, mostly by artists I didn't know but a few by Hogarth and Rubens, for example. 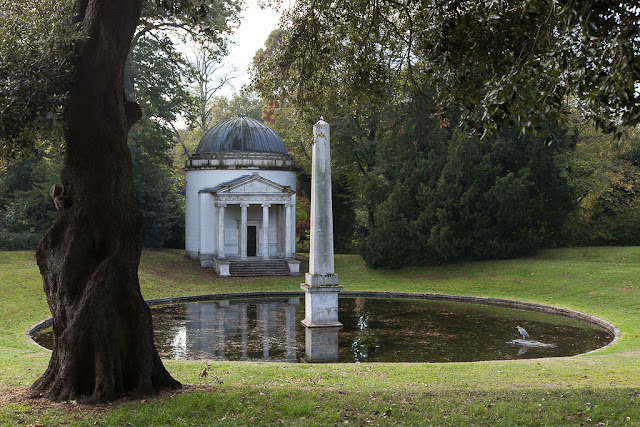 But I really enjoyed the gardens, which are laid out along formal, classical lines yet left as wild forest on much of the estate. There are structures like this obelisk, pond and temple, meant to accentuate the landscape... 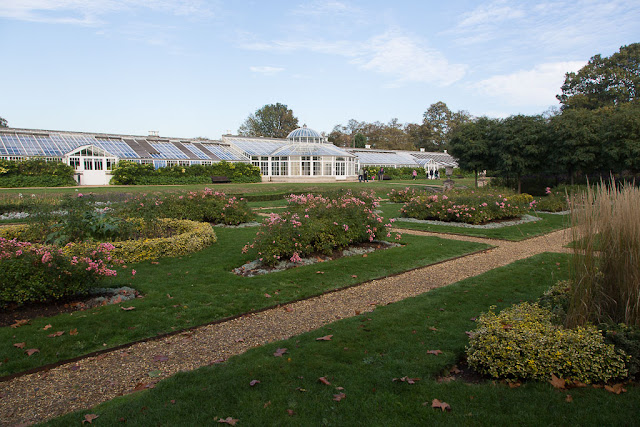 ...and there's an Italian garden and a big greenhouse, which seemed to be locked when I was there. I couldn't figure out how to get in. (It looks like it contains mostly camellias and geraniums.)

The Beatles even filmed a video in the gardens back in the '60s for their song "Paperback Writer." It's on YouTube! It features some half-hearted lip-synching and poor Ringo, drumless, has absolutely nothing to do.

Anyway, I had lunch at the cafe, which had a quirky menu. I was psyched to try the vegan beetroot and peanut butter burger -- Dave is always mocking me for eating vegetables with peanut butter, and here was a burger after my own heart! But for some reason it wasn't available that day. I had to make do with a kind of halloumi wrap. I got a courgette (zucchini) and lime cake for dessert, and spent much of my time defending it from fearless pigeons who would swoop down and try to seize pieces of it from the table. (I was eating outside, obviously.)

Afterwards I took a long walk to the Thames (kind of accidentally; I took a wrong turn) and then along Chiswick High Street and took some photos. I didn't get back home until about 4 p.m. 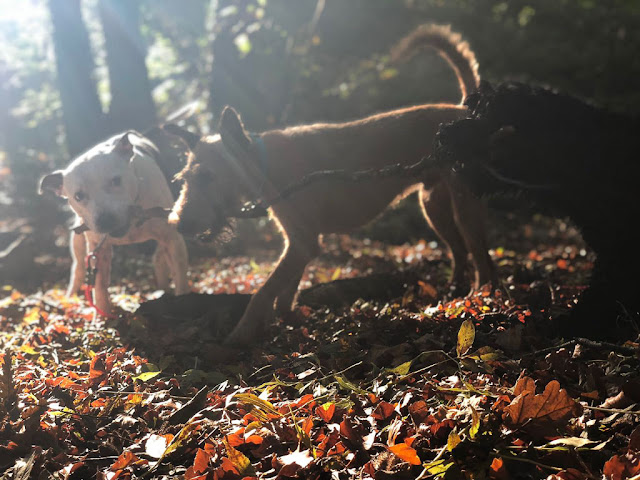 And lest you think Olga suffered without me, here she is on her "audition," in a picture sent by the dog-sitter. Apparently she passed with flying colors, though the sitter said she kept stealing tennis balls (and apparently sticks) from the other dogs. That's our girl! So she's all set to board over Christmas. (Her regular daily dog-walker, unfortunately, doesn't offer overnight boarding, and the "luxury pet hotel" where she stayed while we were in Vietnam is full for the holidays. Crisis!)
Posted by Steve Reed at 7:23 AM