In Which I Grouse About Everything 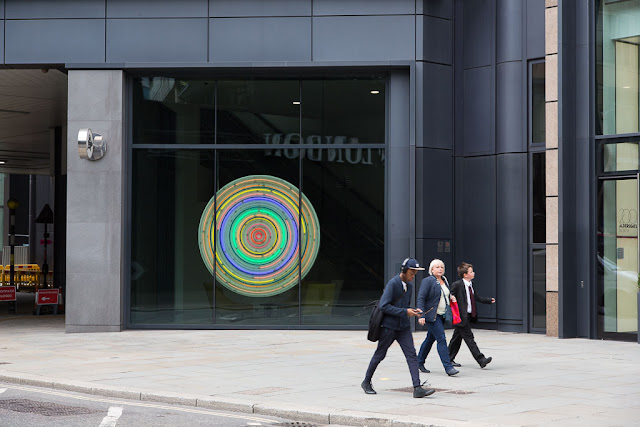 Yesterday was a very physical day at work. I boxed up the last of our discarded DVDs, hoisted those boxes and re-shelved a ton of books. I've said it before, but I'm always surprised at how much lifting and bending and crouching and kneeling and moving around my job requires -- so much so that I discovered yesterday I'd worn a hole in the knee of my pants! Oh well...it may not be good for my pants, but it's probably good for me.

Still, I'm not as agile as Alain Robert, the 56-year-old Frenchman who this week climbed the exterior of a skyscraper in London -- with no harnesses or safety ropes or anything. I'm amazed he's still at it. Ten years ago he climbed The New York Times building, back when I worked there -- in fact I blogged about it. I'll never forget how surreal that was. That guy is a lunatic.

Oh, and did you see some bozo tried to steal the Magna Carta from Salisbury Cathedral -- the same one Dave and I just viewed on our recent visit? What was he going to do? Sell it on eBay?

I'm reading an interesting but completely bewildering article about cryptocurrency in The New Yorker. At the risk of sounding like Andy Rooney, I do not understand this stuff at all. How can money untethered from government or nationality, money that doesn't even exist in the physical world, be worth anything? How is it possible that we're burning up incredible amounts of real energy to "mine" Bitcoin, which is essentially a big computer game? "This year, it is said, the Bitcoin network will use as much energy as the nation of Austria, and produce as much carbon dioxide as a million transatlantic flights," according to the article. And apparently this translates into real wealth somehow. I guess I'm an idiot, or maybe I'm just too old to get it, but it all sounds very improbable and unwise. Shouldn't we use our energy to, oh, save the rhinos? Or conserve it, or funnel it into the grid in a way that will lower everyone's bills, rather than burning it up on Bitcoin mining?

Sometimes I think humanity is losing touch with the real world. We're all on our devices, our children live in a land of video games, and we're inhabiting digital alternate universes. We're tied up in our own heads. It makes me want to walk Olga and dig in the garden.

So there. I do sound like Andy Rooney. Except not as funny.

(Photo: Near the Museum of London, earlier this month.)
Posted by Steve Reed at 8:14 AM