Surfin to the Eskimo Dance 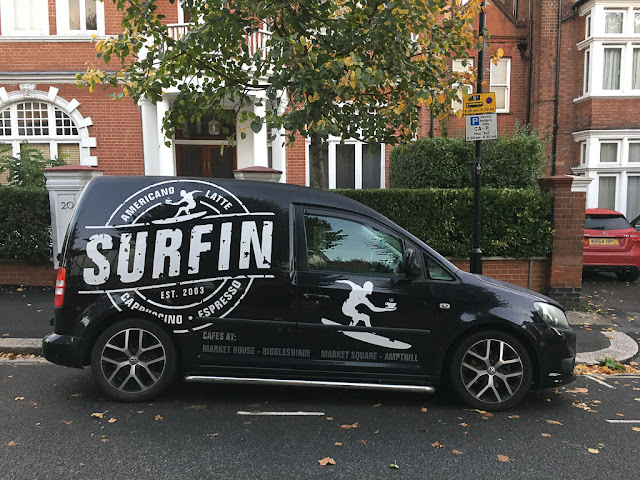 After yesterday's political discussion, I need at least a day of recovery. So how about some iPhone pictures?

Surfin appears to be the name of a cafe chain (is two a chain?) in some communities north of London -- one humorously named Biggleswade and neither particularly close to any surf. 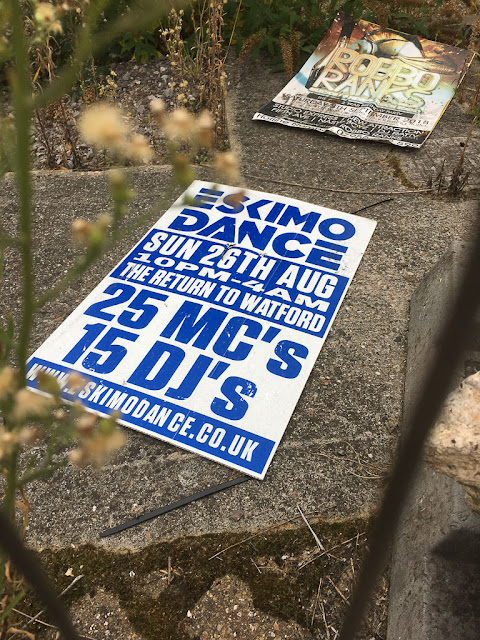 I found this poster intriguing. What, I wondered in my square way, could an Eskimo Dance possibly be?

Turns out it's a well-known event among followers of London's "grime" music scene. Grime is electronic urban dance music influenced by hip-hop, and Eskimo is a specific beat developed by the musician Wiley.

I have no idea why it's called Eskimo. Maybe because it's so cool? 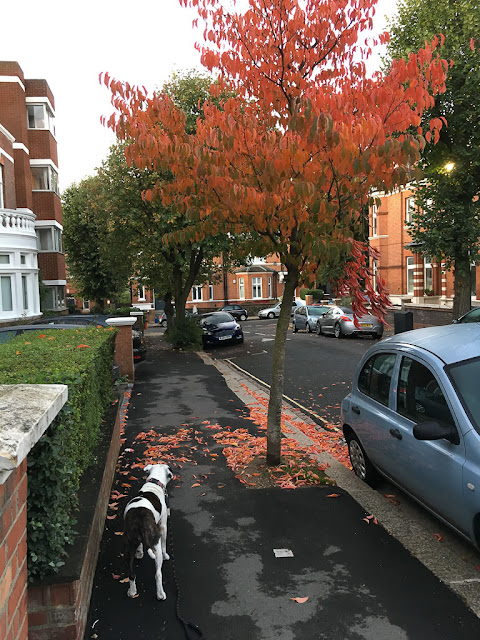 This tree is always one of the first on our street to change color in autumn. 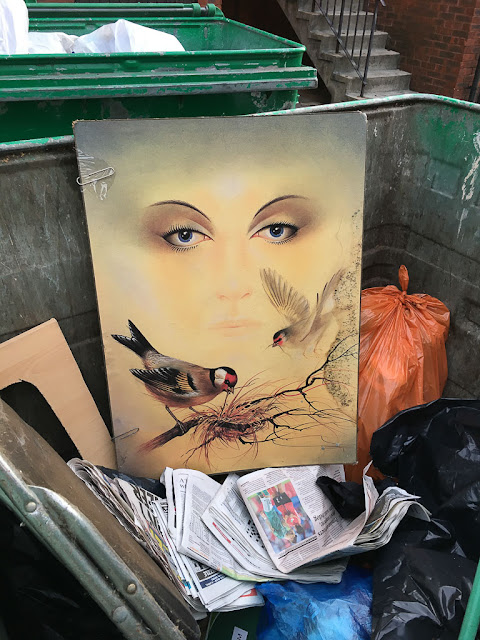 An interesting (?) art piece I found discarded in a dumpster. I was not tempted to rescue it. 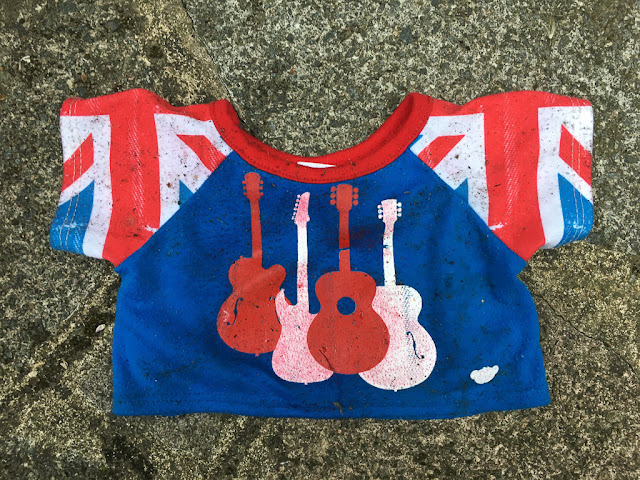 Nor did I try to save this baby half-shirt, even though it is rockin'. 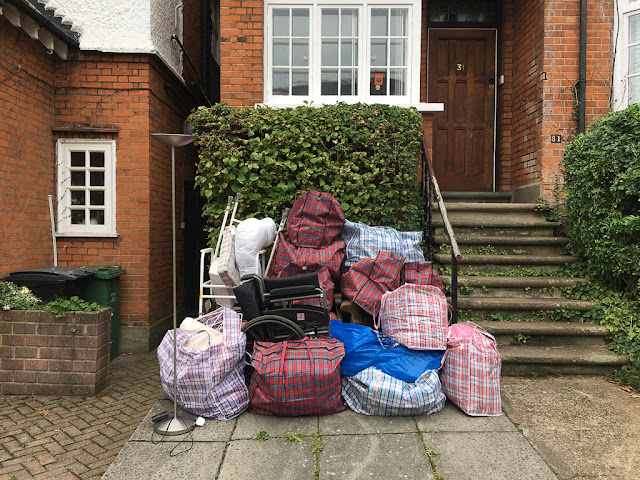 This was waiting outside a house down the street. It's a somber-looking collection, especially with that wheelchair in the middle. I wonder if someone died. 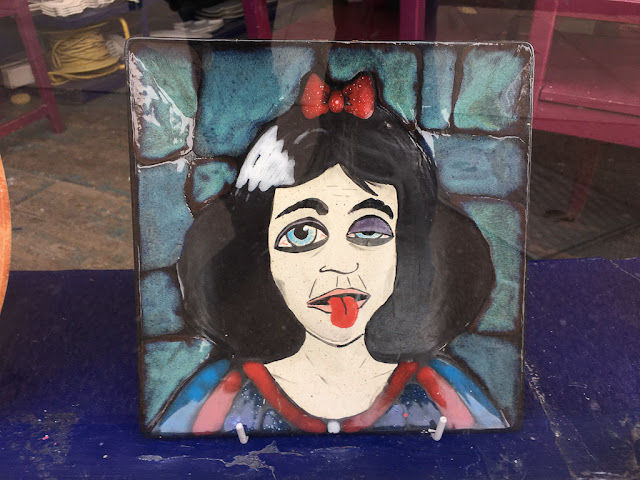 Finally, this is in the window of the paint-it-yourself ceramics shop on West End Lane. Looks like Snow White had a rough night. Or maybe she's reacting to Kavanaugh's confirmation. (Sorry -- politics slipped in there after all.)
Posted by Steve Reed at 6:27 AM