Before, During and After 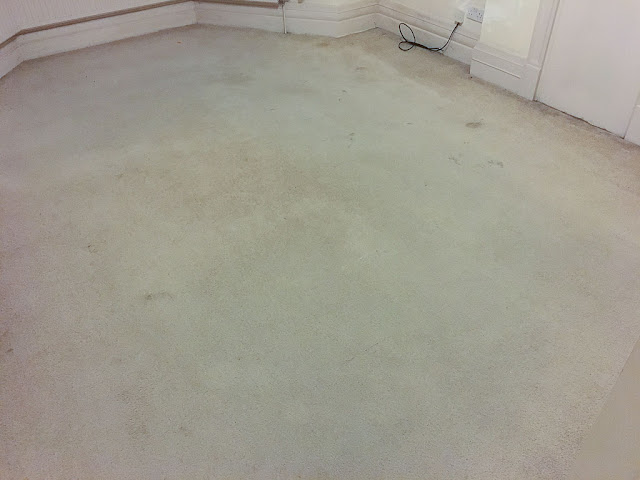 This is possibly the least attractive photo I've ever published on my blog. It shows our old dining room carpet, complete with its odd discolorations and its random mysterious spots. You can see why we've been working almost since we moved in to get it replaced. (It also had some threadbare patches that don't show in this photo -- they're the reason the landlord was so convinced we had moths, but I think they were just the result of age.)

As I said, the handymen came Tuesday and ripped it out, leaving... 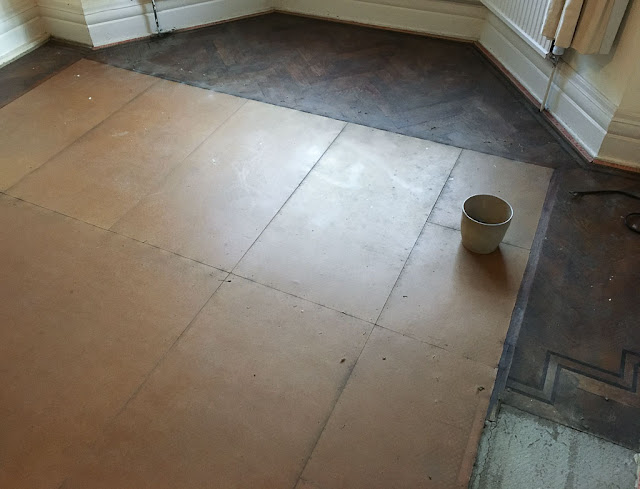 ...the bare floor. As you can see, it's a very strange floor. One of my commenters asked why the dining room is carpeted at all, given that it could be the site of spills. Well, this is why. The floor around the edge of the room is beautiful old wood in a herringbone pattern, but for some reason in the center there's just particleboard -- and beneath that, the unfinished subfloor.

We entertained the idea of trying to refinish the wooden perimeter and carpeting just the center, which is the way our bedroom is carpeted. But it would take some work, and besides, in front of the non-functioning fireplace there's a concrete patch where the hearth used to be. I'm not sure how we'd fix that. And, you know, it's not our house. 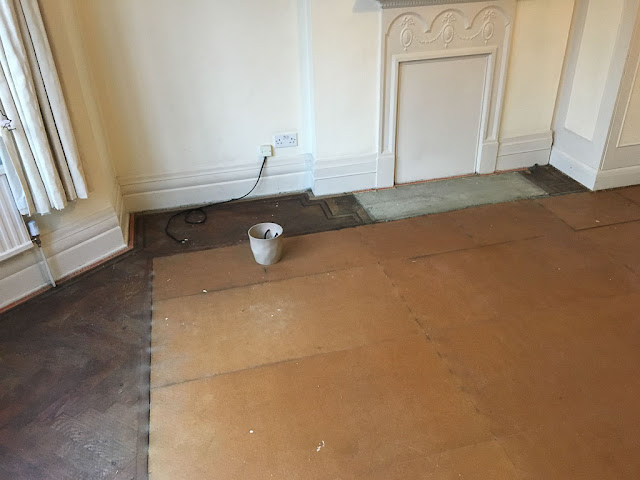 Here's another view. The little trash can is there because I was pulling all the old staples out of the floor, from the old carpet padding -- which was some very weird ancient fibrous stuff like coir or sisal. God only knows how long it had been there.

Yesterday, on schedule, the new carpet arrived along with a single guy to install it. (For some reason I thought it would take more people to put in the carpet than remove the old one, but in fact, it was the opposite.) 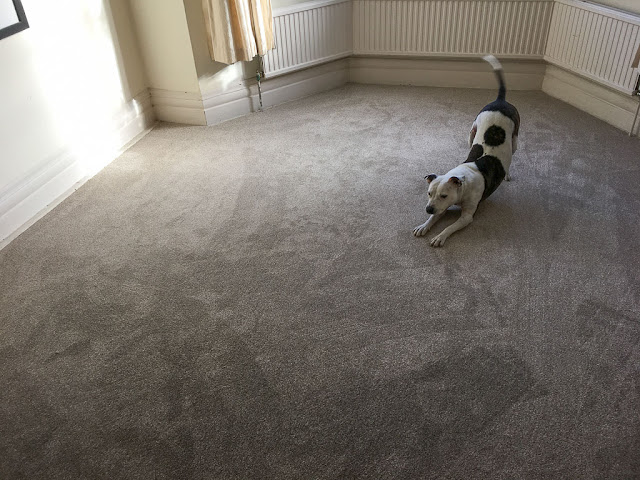 And...ta-da! The finished result. Dave and I are both convinced it's not the color we chose, but we're fine with that. It looks so much better than the old one -- and feels so much better, even to Olga.

Last night we put all the furniture back where it belongs -- having driven out the Bolsheviks -- and our flat is intact once again. At least on the inside -- we still have scaffolding around the exterior, and who knows what's going on with that roofing project.
Posted by Steve Reed at 6:27 AM