Red and Blue, Red and Yellow 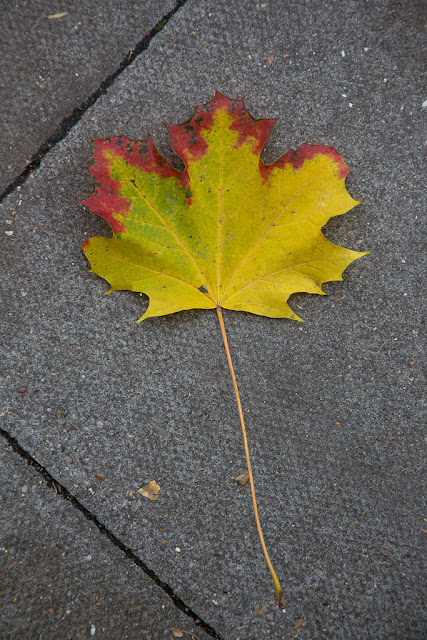 The consensus seems to be that the election news is brighter than I initially believed yesterday. I thought it was sort of a "meh" result for the Democrats, but The New York Times called it a "rebuke" of Trump's policies -- maybe even a "stinging rebuke," though I can't remember their exact wording. Nate Cohn has a column (with a very hard-to-understand graphic) explaining why the election was better for the Democrats than it appears. I'm not sure I buy it, frankly -- I'd hoped for a much bigger and bluer wave -- but it's an interesting perspective.

At least Nancy Pelosi is now back to annoy the Republicans even more. This thrills me to my bones, knowing how much they complain about her.

Trump's behavior is going to be fun to watch. Now that he doesn't have to tiptoe around to pacify mid-term election voters, he's going to become even more autocratic. Jeff Sessions is just the first step. 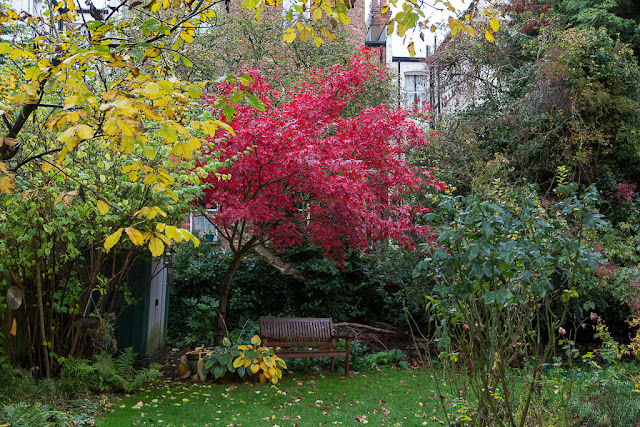 Look how red our Japanese maple has gone, seemingly overnight! Less than two weeks ago it was a dark bronze color. It really stands out at this time of year. Apparently it's a hemispheric phenomenon, as Lorianne in New England said hers just went bright red, too.

I went back to Starbuck's yesterday and collected my free coffee via my health insurance. This time, they had hot water. Yay!

Oh, and I rolled our carts of discarded library DVDs into the staff lounge at work, with "free" signs on them. I figured that would help us get rid of them, and it has -- several shelves' worth have disappeared. Less for us to throw away!