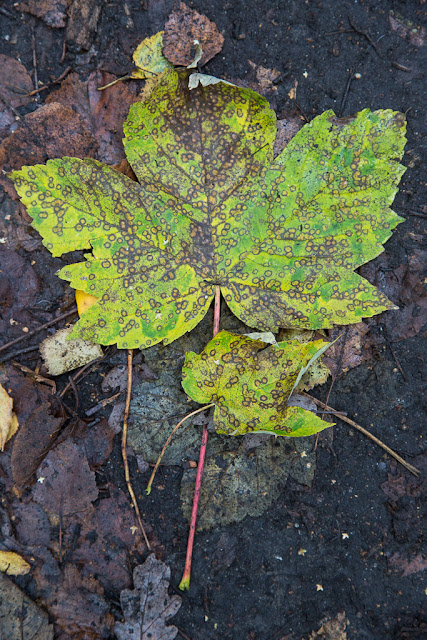 Olga and I went for a long walk on the Heath yesterday. It was chilly but clear and pleasant, and as usual she was insane with squirrel-chasing energy. While she ran and ran, I spent my time photographing peculiar leaves. 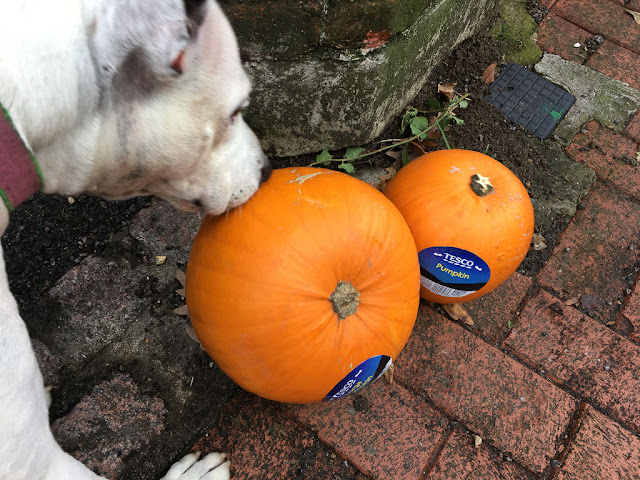 We found a couple of pumpkins sitting outside someone's garden gate. I couldn't tell if they were being given away or meant as decoration -- but you'd think if they were decorative, someone would have removed the stickers.  Olga was trying to figure them out. I think she thought they were footballs. We left them there.

After our walk, Dave and I went to see "Bohemian Rhapsody," the new movie about Queen and Freddie Mercury. (You may remember I came across Freddie's house in Kensington several years ago.) It's a good movie. I was never a huge Queen fan, but I had their greatest hits album at some point, and I had the single of "Killer Queen" when I was a kid -- someone gave it to me. Anyway, the film is rather obviously Hollywoodized in a few places and the prosthetic teeth that Rami Malek wears seem WAY too big, but aside from that, it gets two thumbs up from us.

A large part of the film's ending focuses on Queen's performance at Live Aid, which occurred in July 1985. You know, I remember all the buzz about that event, but I don't think I watched it at the time. I was in college, had just moved into my first apartment with a roommate, and I guess I was just too busy. I did buy a 12-inch single of "We Are the World," so I did my part! 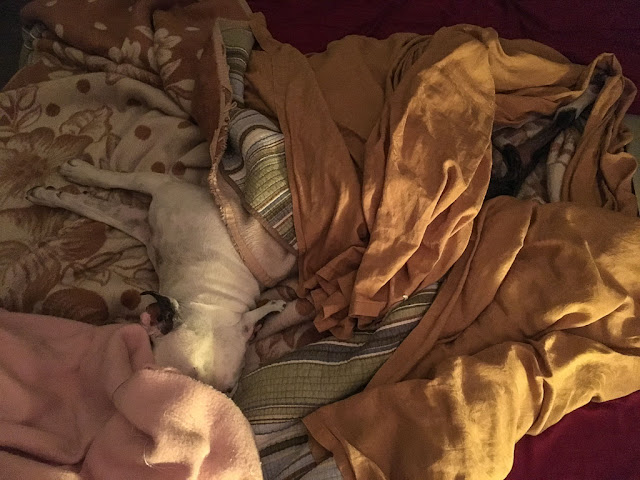 This morning, Olga is not moving very fast. I think she's still recovering, chasing squirrels in her twitchy dog dreams.
Posted by Steve Reed at 7:00 AM