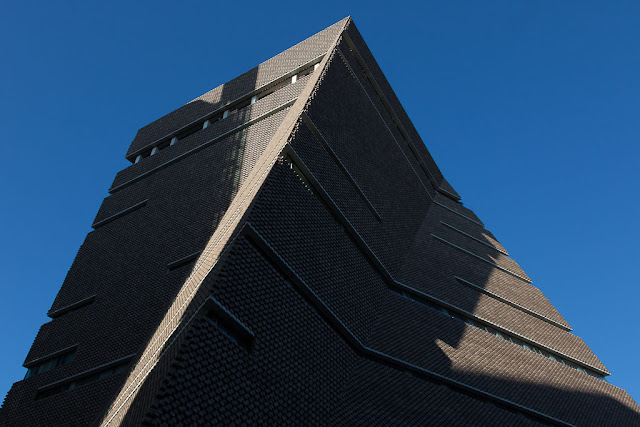 I took myself to the Tate Modern yesterday, mainly to finally see the new Blavatnik Building, which used to be known as the Switch House. It opened more than two years ago -- so it's not so new anymore -- but I'd never been. Time to remedy that!

The building has an eighth-floor viewing terrace that wraps around the top, and it's free to get in. From there visitors can get 360-degree views of the city, especially spectacular on a nice day like yesterday: 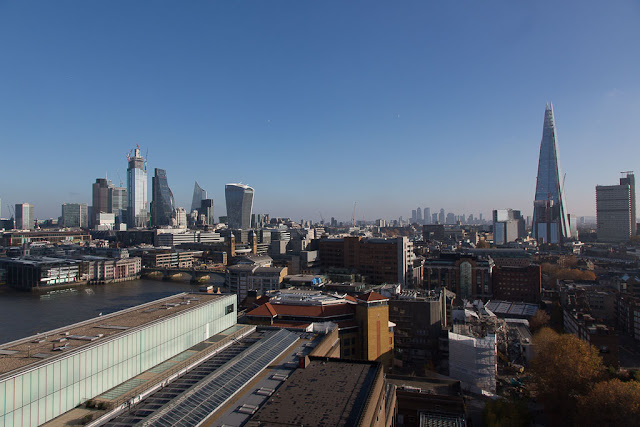 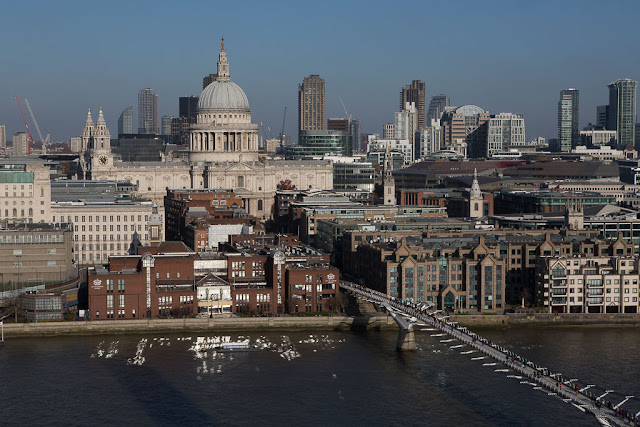 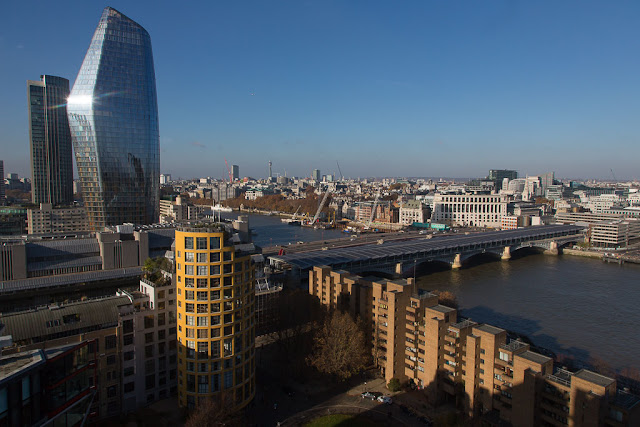 The viewing terrace is somewhat controversial, because right next door to the Tate is a complex of glass-walled condominiums. Some of the condo owners are incensed that Tate visitors use the terrace to peer into and even photograph their apartments. It's turned into a haves-and-have-nots dispute, with some championing free access to the viewing platform for the common man and others arguing for the privacy rights of the homeowners. But you know, when you buy an all-glass condo, what do you expect? That's what curtains are for!

Still, the museum has signs up saying "Please respect the privacy of our neighbors," and when I was there a guard was standing on that side of the platform, presumably to stop people taking pictures toward the condos. (I didn't try.)

After the terrace I explored some of the galleries, which as usual featured fascinating displays of modern art, including a group of photos by one of my favorite photographers, Stephen Shore. There's a special exhibit now of the work of Jenny Holzer, including a powerful text-art piece called "It Is Guns: Students Talk Sense." Phrases concerning gun violence, and specifically the shootings in Parkland, Florida, flash on a video screen in rapid succession. In the USA, the screens were mounted on trucks and driven around major cities. I bet that put the NRA's panties in a knot.

Afterwards, I walked south and east and then north again, through Bermondsey. It was a good day for pictures, although the sun was low and bright. I passed this place and popped in for coffee... 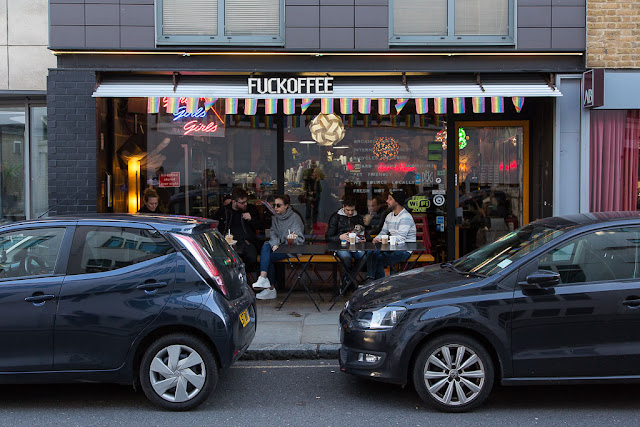