Jarman on Gentrification and the Tube 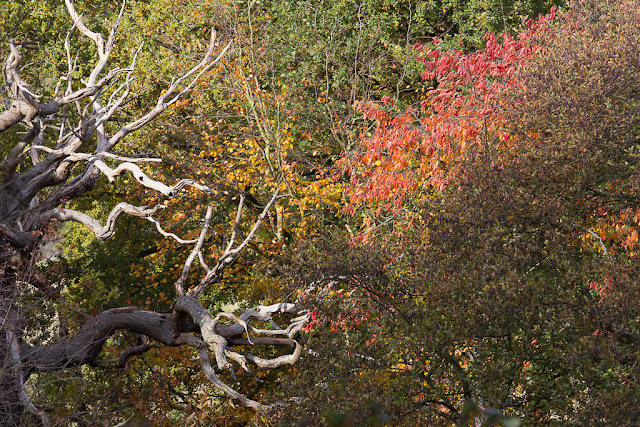 As I mentioned a few days ago, I've been reading Derek Jarman's book "Modern Nature," taken from the journals he kept in 1989 and 1990 while living in Dungeness on England's south coast. It's an excellent book, though it took me some time to get into it. I'm finally almost done -- I think I'll polish it off this weekend. Here are three passages that struck a chord with me.

Nov 4, 1989:
Jarman attends a Bonfire Night party, where the hosts have assembled an effigy to burn: "a Minoan snake goddess in the image of Imelda Marcos carrying a pair of golden shoes -- with a conical dress of driftwood and floral crimplene wired together with fireworks, high-waisted with a belt of gold streamers and breasts of hangers. A small face painted on a paper plate -- delicate as the moon, with an enigmatic smile. Arms outstretched, she stood ten feet tall and burnt like a torch."

Nov. 5, 1989:
"One of the pluses of the sixties was a depressed inner city, where you could find a grand old Victorian room with dilapidated plumbing for a few bob a week. All this has gone in a tidal wave of mortgage that has throttled the life out of London. The same fate befell Manhattan. How can you describe what has been lost to those who've never known any different?
As I approach fifty London is foreign -- all the nooks and corners of my student days sanitised, scrubbed, like the buildings, and overwhelmed with rubbish from the convenience food industry. And everywhere clothes shops -- as if everyone, knowing their time was ending had put on their best suit for the occasion."

Jan. 23, 1990:
"Entered Tottenham Court Road tube this morning down the degrading piss stink passage beneath Centre Point to the besieged ticket machines.
Cash in the pocket, loose change adrift -- I've never had a wallet or plastic. Unable to fill in forms. I cannot use a public phone without anxiety.
I fuse in front of the bank of station names, then cross to the kiosk, buy a ticket from the sullen attendant, insert it in the automatic gate that throws it back in my face. There are no escalators any longer, so you spiral giddily down the rotting emergency stairs avoiding the pools of vomit and fungoid walls blistered with putrescence, past the mental decay of Paolozzi's pitiful attempt at mosaic, on to the central platform -- to the strains of some faded Utopian song of the sixties echoing in the corridors. A little death overtakes me as I reel breathless into the final carriage, where the patterned upholstery has disappeared into a slurry of gray dirt -- until liberated onto the streets of Lancaster Gate.
What has happened to the underground? Crawling with rodent passengers, malevolent dead eyes, stench of damp winter clothes, limp papers, smudged tired fingers black with the world's problems."

I must admit I never found my trips on the tube to be quite that bleak, but then again, Tottenham Court Road station has been recently rebuilt. We all do occasionally seem rodent-like in our teeming hordes, though!