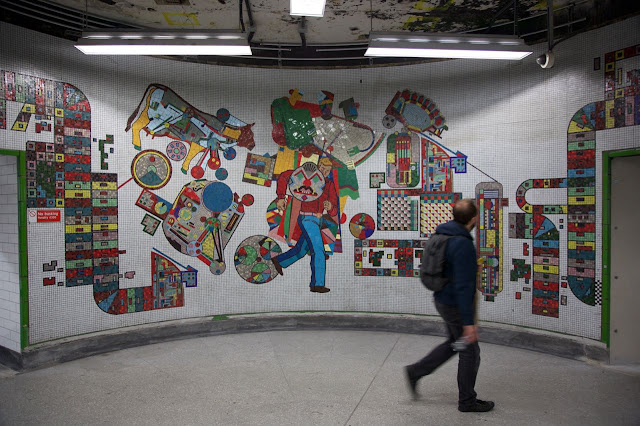 When I went down to the Apple Store on Sunday I was happy to find the Tottenham Court Road tube station had reopened. It's been closed for renovation and expansion for most of the past year.

I'd read that there was some controversy regarding the preservation of the tile murals that decorate the station. Dating from 1984, they were created by Eduardo Paolozzi, and when I walked through I was happy to find most of them are still there. 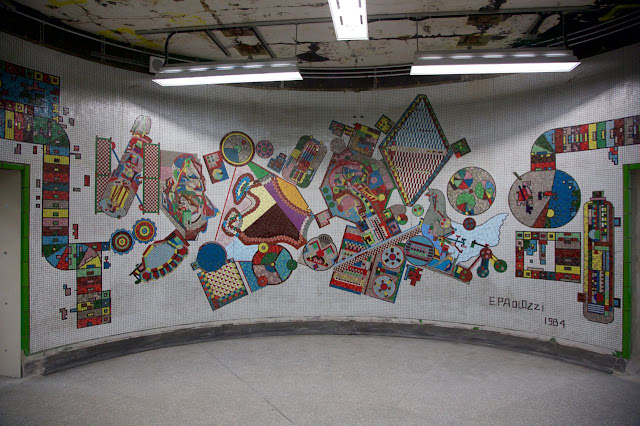 (These are just a sample. There are others on the train platforms and elsewhere.)

Turns out only some of the murals were affected by the renovations -- those on structures that were removed entirely -- and even they have been saved, apparently. I'm happy this station is functioning again. It's in a handy area in Soho and I use it a lot!

I have to be at school early this morning to talk to eighth-grade classes about interviewing, like I did last year. My journalism career continues to haunt me!
Posted by Steve Reed at 6:20 AM