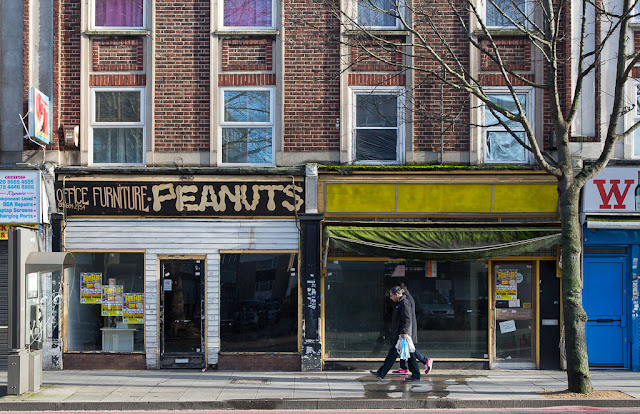 Are any of you watching "Making a Murderer" on Netflix? It's a fascinating documentary. Dave and I started watching it a few nights ago and I plowed through three episodes last night alone. I've never listened to the podcast "Serial" (although I keep meaning to) and from what I can gather, this is somewhat similar. And while there is controversy about its objectivity, I think it's riveting.

Otherwise, it's been life as usual around here. Our Internet connection seems much better since we moved our router. We've been able to stream several TV shows without interruption and our WiFi signal seems much stronger. The true test will come today, when I try to Skype with my mom. (Last week we got disconnected after 20 minutes and no matter how hard we tried, we could not reconnect.)

The new router still hasn't arrived (and, unrelated, the bush is still reclining in our front garden) but I think we're making slow progress in all things.

Off to French class!

Tell your Mom I said hi if you can Skype. I've not tried that yet...Raining and chilly here and I'm wondering when I'll get to sleep. What do you think of the current book?

French on Saturday... Somehow I imagined it being an evening class.

I just started watching an Australian series which is light hearted and pretty. "Miss Fisher's Murder Mysteries."
I am so behind the rest of the world.

I watch very little TV. Only four shows really that I watch and three are not currently on.

We listened to Serial for book club a while back - it really was fascinating. It helped that Sara what's her face (too lazy to look it up) has a very pleasant speaking voice :)

Like Ellen, I watch very little TV. I read a bit about Making a Murderer and decided it was not for me. Glad your computer situation is improving. It's maddening having a bad connection. Love the old sign. Did the furniture and the peanuts co-exist? Or would that have been two stores? The furniture is getting squeezed out by the peanuts!

I've been thinking about starting that series on Neflix but haven't started it yet. Sounds interesting. I noticed Ms. Moon above is watching Miss Fisher's. I really enjoyed that one too. It's light mastery but fun. I got hooked on one called "The Killing" and just when I thought I was on my last episode and all would be resolved, a whole new series popped up.

Oh yes, I sort of binge watched it in four sessions and found it confusing. While I used my best detective skills and quickly spotted - to my eye- obvious inexcplainable inconsistencies - all my years of reading/watching thrillers have not been for nothing - I had to remind myself that it was way out of my range of knowledge (how DOES the legal system work over there?) and that it was all cleverly cut and possibly inconclusive - but you sort of see the elderly parents getting sicker and smaller with every episode. Awfully sad.

The Dave and Steve chronicles, I would watch that...I don't know where I would find the time to actually sit and watch anything else, between eating and grocery shopping and eating some more, my day is pretty much shot. Furniture made out of peanuts? Or eat a bag of peanuts while you shop for a table? Whatever it is - it is someplace I would go!

Furniture that costs peanuts?
And will you just look at the placement of the feet of the two men in the photo.
How did you arrange that Steve?