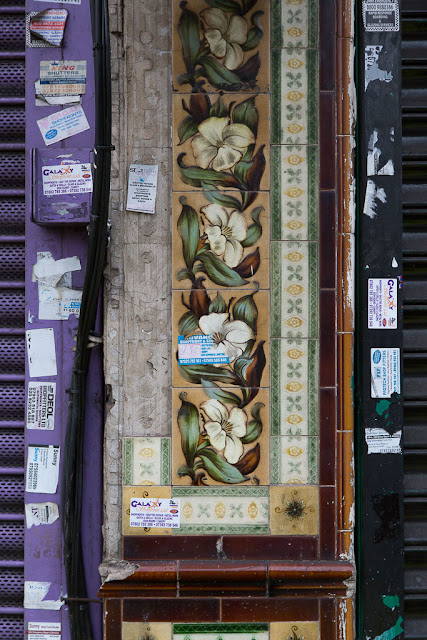 Well, this is an interesting turn of events. We don’t seem to have Internet this morning. I’m writing this post offline in the hopes that I can post it later — from work, if not from home.

Who knows what’s going on. Our household technology, as I’ve written before, is crap. Supposedly we have a new router en route from our Internet supplier that will fix all these problems. And a few weeks ago I bought a cable on Amazon so we could bring the router deeper into the house, putting it in a more central location -- but the cable was "lost in the post" (as the seller insisted) and they have sent me another, which has yet to arrive. Oh, brother.

Have you heard of Blue Monday? It’s supposedly the most depressing day of the year. Fortunately we’re already past it — it was this week. I don’t remember ever hearing about it before, but this year I saw Blue Monday mentioned in headlines and wondered what on earth it meant.

Dave filled me in: Apparently someone decided that a Monday in chilly, dark January, immediately after the debt-inducing Christmas season, was bound to be the ultimate in depression. While I consider it a good sign that I didn't independently recognize it as such, I must admit I've been going through some doldrums of my own.

(I did pay my credit card bill yesterday, and that wasn’t pretty, with a lot of our Florida expenses on it. But that's not really a cause for alarm. It was expected.)

Things just feel awfully messy around here. Our front landscaping, our Internet. Our mold problem, the recurrence of which had me scrubbing the living room wall at 6 a.m. yesterday morning. Work has been stultifying. French class is adding some pressure to my life, because I feel like I should be working harder and doing better than I am. My purple heart cutting seems to be dying rather than rooting, probably because it's getting limited sunlight.

Oh, and I was preparing to go see Lumiere London last night when I realized that it’s already over! Sunday night was its last — which is why I could find no trace of it while lugging around Dave’s stock pot on Monday evening. Apparently it only lasted four nights.

So we grind on through the dark winter...

(Photo: Old tile on shopfronts in Tooting Bec, south London.)
Posted by Steve Reed at 6:36 AM

Work has been stultifying. Along with all the other niggles and exasperations I'm not surprised you are feeling fed up. As for Blue Monday, whose idea was that? As if there aren't enough people around whose days are more blue than they'd like them to be, we now have
the idea of an official day.
Respect for the people who read and comment on your blog (and the author) prevents me from expressing my true feelings about this idea.

My Monday was good, but by yesterday it had hit me, too. We're all in it together! Let's remember Spring WILL come...

Please don't even consider suicide Steve! I would miss your quirky pictures and Olga would miss her walks on the heath. It is possible that Dave might also miss you.

That explains it! This morning I woke up to Blue Wednesday (must be the time change :)
My writing workshop for today was cancelled, and I'm still smarting from Monday night's session with my other group of fellow writers. I had brought in a section of the book I'm working on and by the time we were done, I realized I needed to dismantle that in addition to going back to chapter one and re-order any number of other things. Phew. Oh, and we have a snowstorm coming.

And I had such a good day yesterday! Today might be my blue Monday, however.
I know exactly what you mean about everything being so messy. Exactly. That is how I feel almost every day of my life. It's overwhelming.

I do hate technology problems. They drive me crazy. However, the last time it happened, I did get a very helpful person on the phone for a change. I've never heard of blue Monday either but, I guess it does make sense. It does brighten my mood when the days start getting longer again.

It's hard when things beyond our control are in such flux. Hang in there, friend. Things will right themselves soon, I promise. I'm always struck by how I can look at the same set of circumstances on different days and have completely different feelings about what obtains, based on nothing more than what my internal chemistry is doing. Mindfulness helps, I'm told. But sometimes, there's nothing to do but just be blue until it passes. We're here.

Some days, and some seasons of life, all we can do is put one foot in front of the other. "Grinding on", as you put it. That is a good description.

The days are starting to get longer again. And, here, everything seems lighter with the reflection of the sun on the snow. Even at night, it's like the earth is lit from below. There are advantages to snow, I guess.

Those tiles in the photo are lovely. Although those are not colours I usually enjoy, something draws me to them.

Another friend who knows me well gave me a necklace with the Hebrew words. "All things pass." It helps to remember this when I am particularly exasperated by a set of circumstances...Chin up, Steve, and try to laugh. It helps.

I've been in the doldrums too - & it hasn't helped that my hip has been so painful lately that I can't sleep. I'm HOPING that it's the cold weather & not a sign that I will need surgery again. Sigh. I don't handle pain very well...