One Problem Becomes Another 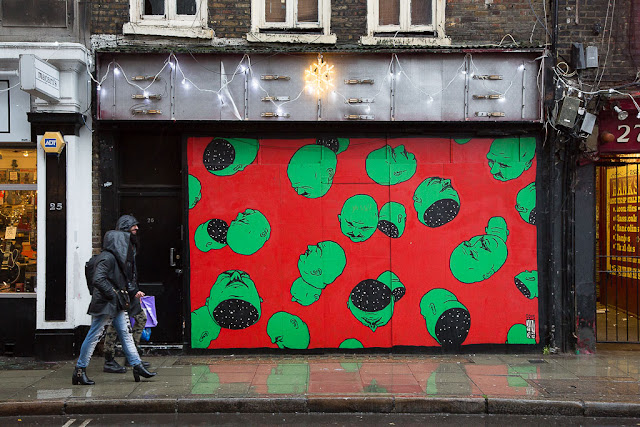 The saga of the leaning bush has taken another turn. I called our property maintenance company yesterday and explained that something really needed to be done because we couldn't easily get in and out of the flat -- and emergency services, should we or the upstairs neighbors need them, couldn't either. I thought that might goad the landlord into immediate action.

And it did, but not in the way I expected. When I got home from work the bush had been pulled to the side and pushed down into the front garden -- so our walkway is clear, yes, but now there's a giant bush lying across our front landscaping.

Today I plan to follow up and point out that this isn't really a solution.

In other news, I've been getting the strangest spam e-mails lately. For several months I've been receiving daily weather and employment reports for Worcester (Massachusetts, I assume, though I suppose it could be England -- I've never opened them to find out). I can't imagine why someone has assumed I live in Worcester or that I am in need of a job there.

Yesterday I got one titled, "All Americans should have this flashlight bright enough to blind a bear!" (The exclamation point is mine, but that sentence needs an exclamation point, doesn't it?) It went on to assert that "Wide spread attacks inside the United States HAVE become a reality that's CURRENTLY being brushed off by mass media sources...to not cause panic." I'm not clear whether they mean bear attacks or people attacks, but in any case, their solution is to sell me a "military-grade" flashlight.

(Photo: Another artful shopfront near Tottenham Court Road.)
Posted by Steve Reed at 6:24 AM

Mary Moon and I send one another the most outlandish spam emails that we get. Perhaps you should join us?

While you were away in Florida, a circus passed through West Hampstead and somehow the family of dancing bears escaped. They are reported to be loose on Hampstead Heath and have attacked several unwary dog walkers. Perhaps a powerful torch (flashlight) would be a wise investment.

I have a feeling that you & the landscape people are going to have strong words eventually. Might fisticuffs be involved? (I know the answer is NO - I just wanted to type that word. Fisticuffs.)

The media is doing a great job of suppressing all of the bear attack stories - I haven't even heard ONE!

Well, a powerful flashlight couldn't hurt!
I just keep getting spams for InSTAbooty calls. What?
Now that would be a widespread panic for me.

The bush problem...the bears in London problem...Oh , will it ever end!
I rarely get spammy emails, Mr. Man has so many walls built around our computers nothing gets in unless invited! Perhaps I can send Mr. Man to you to sort it out...please.

As if the media would actually brush off a story like that!
Sounds to me like the service industry in England isn't much better than the one here.

Lies and tipping bushes and BEARS - oh my!

Your Yorkshire Pudding friend certainly has me laughing today! I get very little spam, thankfully. I hope you can work things out with the landlord/service company.

Artful shopfront indeed!
I'd set that tree on fire and then blame it on a passing arsonist.

Bear attacks everywhere in the USA. Where? Central Park, New York? Where do these people get off?