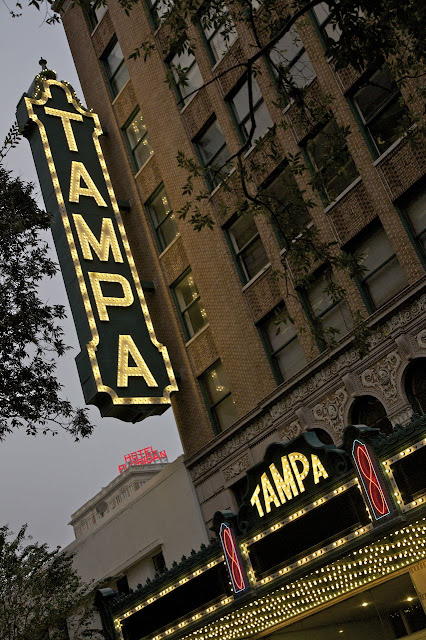 Yesterday morning I finally got some exercise. Just after dawn I left our hotel and went for a walk through downtown Tampa. My friend Sue wanted me to take the Riverwalk, a new-ish pedestrian path years in the making that follows the Hillsborough River through the center of the city.

First I passed the Tampa Theater, an old-time movie house which was refurbished years ago and shows artsy films and hosts live shows. You can see the rooftop sign on the Hotel Floridan behind the theater. (Likewise, in my shot of the Tampa skyline from our stay in the Floridan a few days ago, you can see the theater's sign in the lower right.) 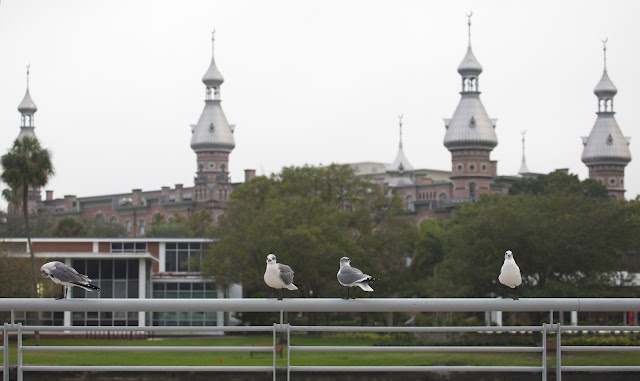 When I lived in Tampa back in the '80s, one of my newspaper colleagues wrote about how the city had turned its back on the river. Much of the land lining its shores was then occupied by buildings and the water was inaccessible, and barely even visible except from a few points. Since then the city has done a lot to change that.

Yesterday I found seagulls perched on a railing along the Riverwalk, with the famous Moorish minarets of the old Tampa Bay Hotel in the background. The hotel, opened in 1891, now houses a museum and the University of Tampa. 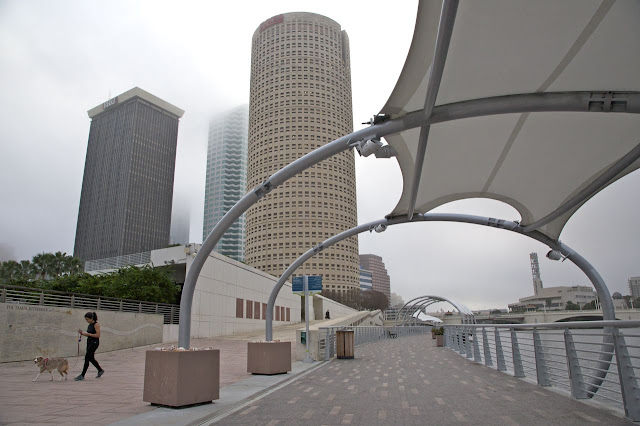 It was kind of a strange day, weather-wise. The sky was a bit foggy and the tops of the buildings were lost in the haze. 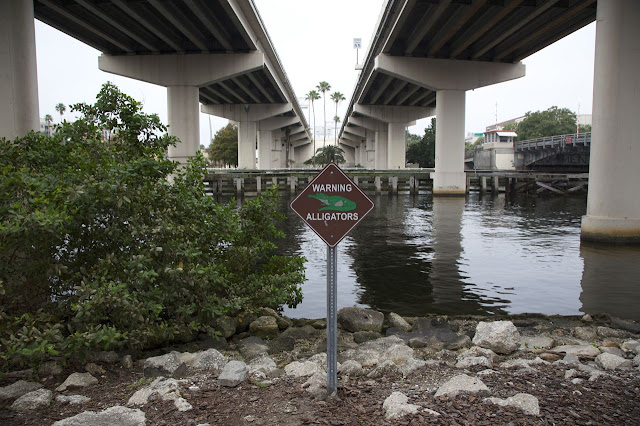 Like much of Florida, Tampa is an urban jungle!

I walked around the west and south sides of downtown on the Riverwalk, and then turned inland at Channelside, near the cruise ship terminals. I was happy to find... 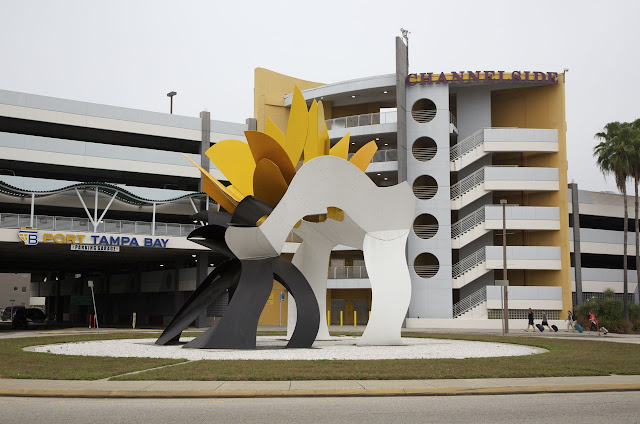 ...the new location of a huge modern sculpture by George Sugarman that sat for about 25 years near the cylindrical "Beer Can Building" downtown. The sculpture was famously dubbed the "Exploding Chicken" by a local newspaper columnist, and now that's pretty much what everyone calls it. It was moved to Channelside in 2013. I've always liked it. 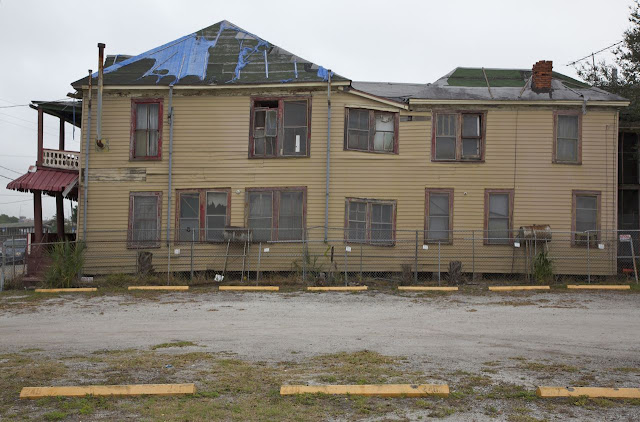 Channelside is a mix of old and new, gentrified and not. I wound my way through the neighborhood and back to our hotel. It felt great to stretch my legs.

After checking out, Dave and I ran one last party-related errand -- returning the beer kegs -- and we were happy because we got a refund on the untapped one. Then we drove to my Dad's, where we're staying until our flight leaves this evening.

We had a very mild New Year's Eve -- gin & tonics and our last bottle of party prosecco (shared with my dad, stepmother, stepsister and her husband) and bed by 10:30. We watched a "Nova" episode about Einstein. We are old -- thank goodness!
Posted by Steve Reed at 11:17 AM