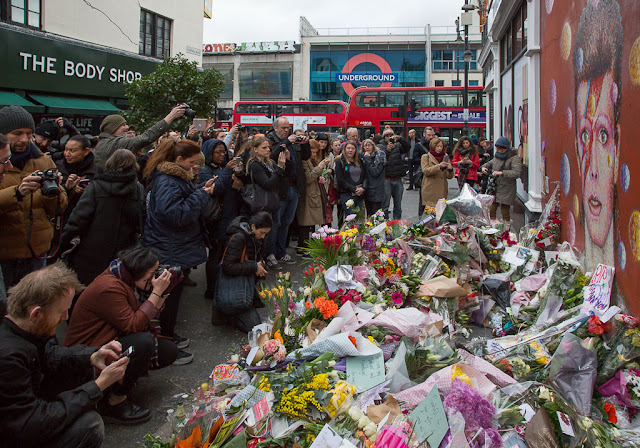 At lunch yesterday I hopped on the tube and made a quick trip to Brixton, in South London, to check out the scene at the David Bowie mural near Brixton station. Bowie spent part of his childhood in Brixton, before moving with his family farther south near Bromley when he was six. The mural has become a focal point of public mourning in London. (You may have even seen it on the news.)

There'd been a memorial gathering for him the night before, so I knew I'd find masses of flowers, and I wasn't disappointed. 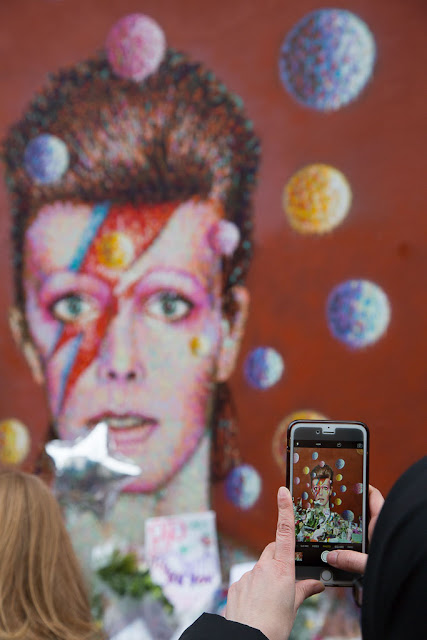 The mural is about two and a half years old, painted by the street artist James Cochran, also known as "Jimmy C." 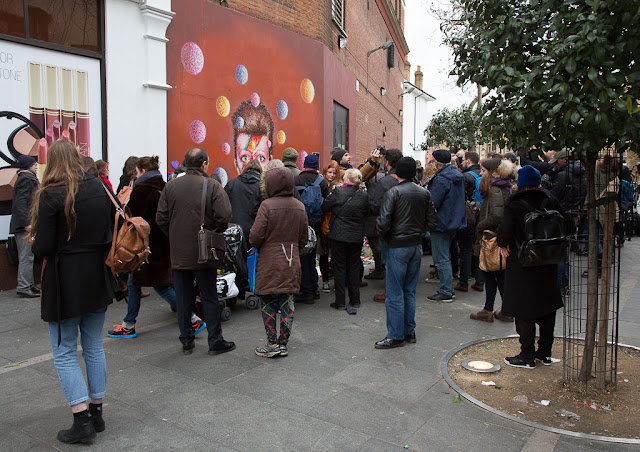 When I first got there, I could barely see it! There was quite a crowd. 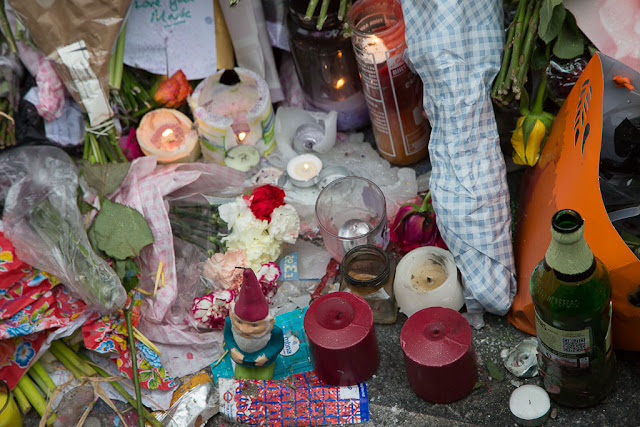 In addition to flowers, photos, notes and candles people left a few small oddities -- a small garden gnome, a bottle of pear cider.

One woman was trying to drum up customers for a walking tour to Bowie's nearby childhood home. She didn't have any takers, at least not in the few minutes I was there. 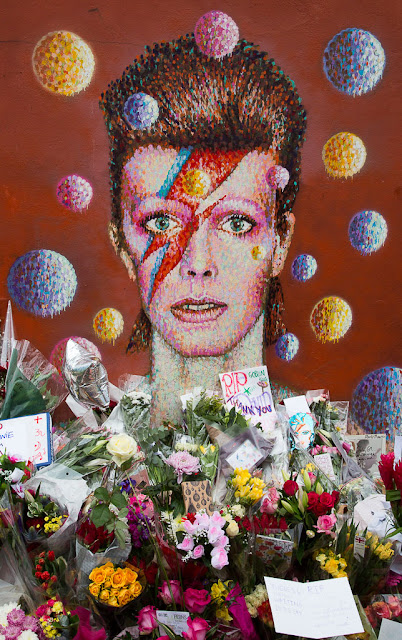 I've thought more about what I wrote yesterday -- the fact that even though I don't know a lot of Bowie's music, he meant something to me in terms of freedom and courage. One of my commenters made the point that "some artists are not in your life for their art" -- in other words, their mere presence, the ripples they cause, the discussions they prompt, are enough. I think there's a lot of truth to that. (Not that I don't recognize Bowie's art resonates with many, many people.)
Posted by Steve Reed at 5:50 AM

That's wonderful! I saw some photos of Bowie's star in Hollywood covered with piles of flowers, but I didn't venture far from home today. I wasn't a Bowie person, although there were songs that marked my childhood or adolescence by him, but I understand that his influence was mighty. I love what your commenter said about art and influence and ripples. We should all be so fortunate to affect so many people in such good ways as David did --

I continue to be astounded at the ripples. Who knew he had affected so many in one way or another?

I'm so glad you visited this place and brought back the photos to share with us. That mural is wonderful.

Diana started all this

Great pictures Steve - capturing the moment. I should have snapped a picture of the newspaper shelf at my local petrol (gas) station yesterday - each newspaper showed Bowie on the front.