Parakeets and a Crime Scene 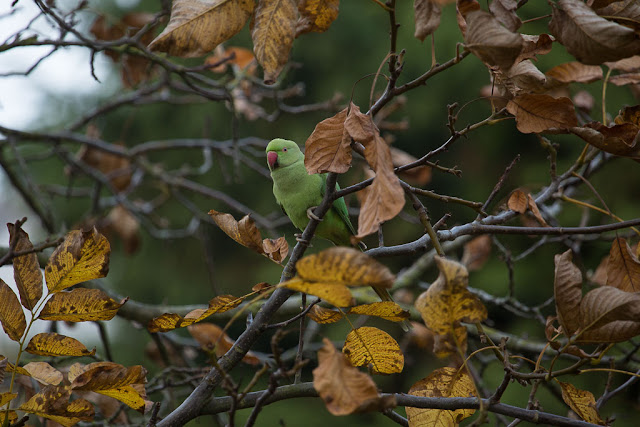 Two parakeets showed up in the garden yesterday morning, trying diligently to get into the finch feeders. But the holes on the feeders are so minuscule, I don't understand how tiny finches eat from them -- much less gigantic, lumbering parakeets. I suspect they flew away frustrated.

Apparently our UK government is on the brink of collapse over Brexit. I wouldn't mind too much, except I worry about who might come into power. No one on the immediate horizon seems all that desirable. I can't get over what a shambolic mess this is, and I don't blame Theresa May -- it was always going to be a shambolic mess because it's a terrible idea! In fact, if anything, I think May should get tremendous credit for trying to make this dog's dinner, ordered by a closely divided electorate, palatable. But I'm sure all the blame-casting will focus on her, with the Leavers beating their "leave" drums even harder rather than beating a retreat back into the EU, as we should. 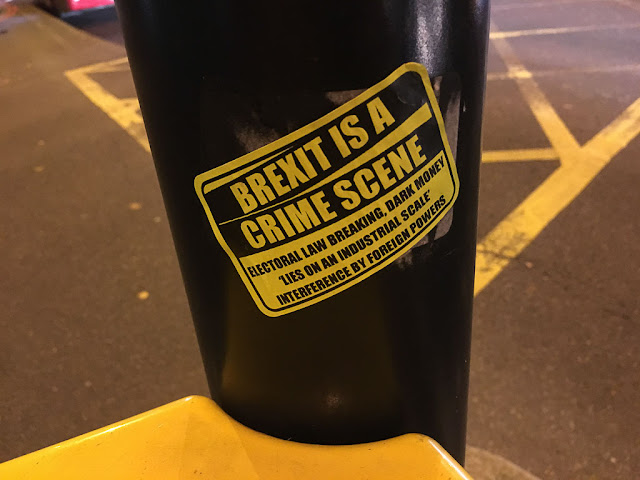 I found this somewhat alarmist and yet not incorrect sticker on a streetlight while walking home from school a few nights ago. I have yet to see a pro-Leave sticker in London. We are a hotbed of Remainers.

I think Dave and I are both glad we haven't invested in property here. Prices are sliding and apparently buyers are holding off, waiting to see what will happen. Of course everything is still astronomical -- houses on our street have gone from something like £80,000 to more than a million pounds in the last few decades. Which is why, if we buy, it won't be in our current neighborhood, sadly. Even Brexit isn't going to make our street affordable.

We finished the TV show "Safe" on Netflix. I really liked it right up until the last episode, when I thought it slid into absurdity. It's still worth watching, though -- the performances are good. Now we're on to "The Romanoffs," on Amazon.
Posted by Steve Reed at 6:45 AM