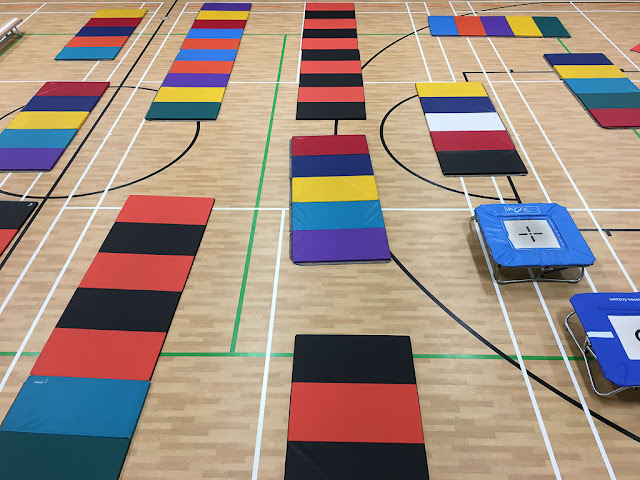 Because I have to be at work early today, and I don't have time to cook up a proper blog post, here's another parade of iPhone randomness for your entertainment!

First, some colorful mats laid out on the gym floor at the school where I work. 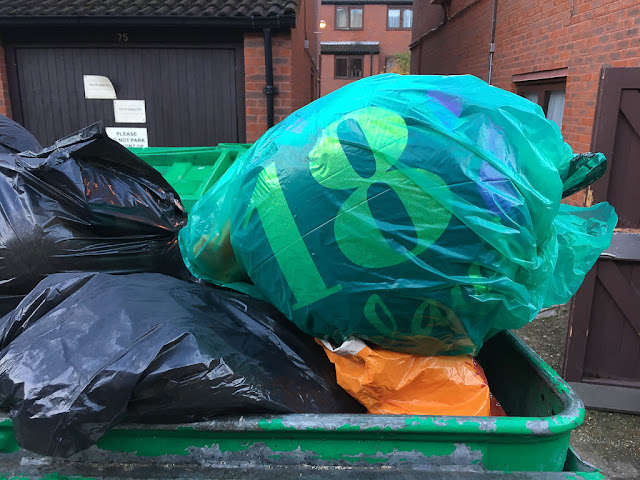 Looks like it was someone's 18th birthday. I believe I would have deflated the balloon before throwing it away, but that's just me... 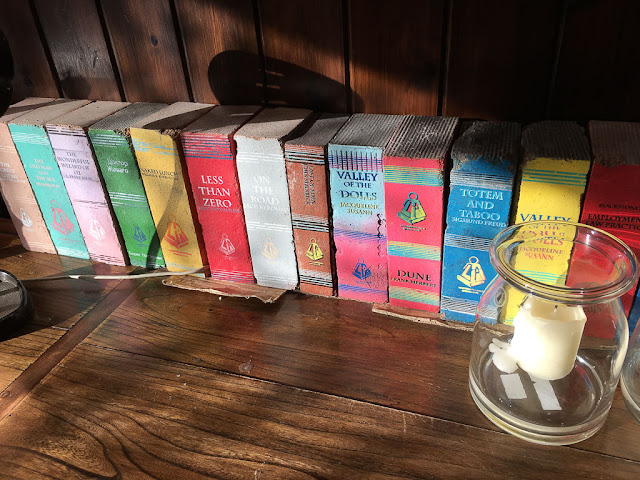 Dave and I had brunch in a restaurant where someone was offering these for sale. They're old bricks painted to look like books. The seller suggested they be used as doorstops or bookends. Kind of cool, and if I needed bookends I might pay £35 for a pair. I like the eclectic choice of titles. 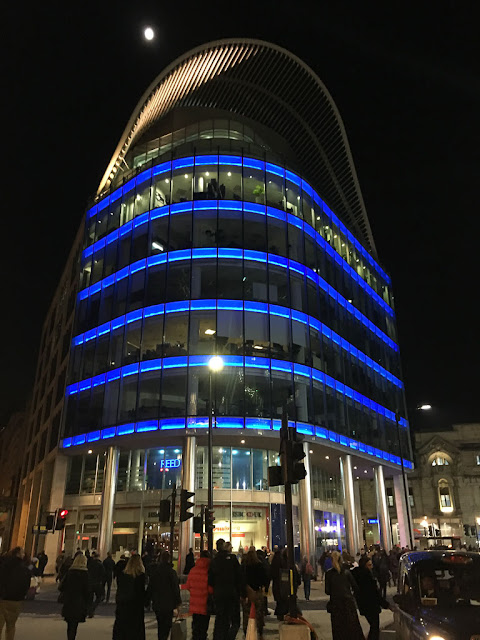 This is a cool building near the theater where I saw "Hamilton" on the 21st. I just liked the curvy architecture and the lighting. 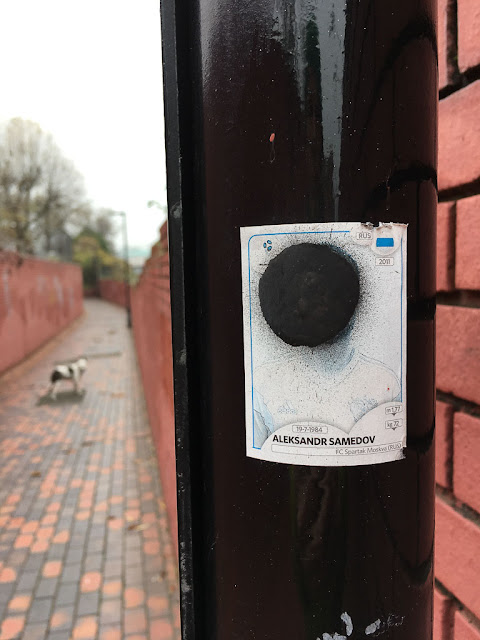 Someone apparently doesn't much care for this Russian World Cup footballer. Olga isn't very interested, either. 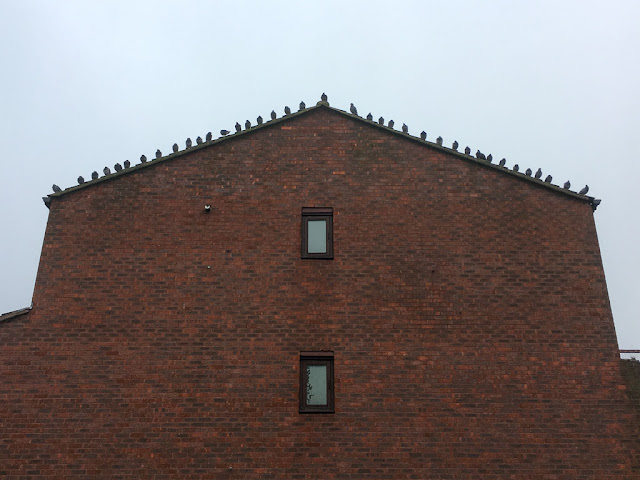 The pigeons were lined up on this rooftop with almost military precision. Maybe they really ARE plotting to take over the world... 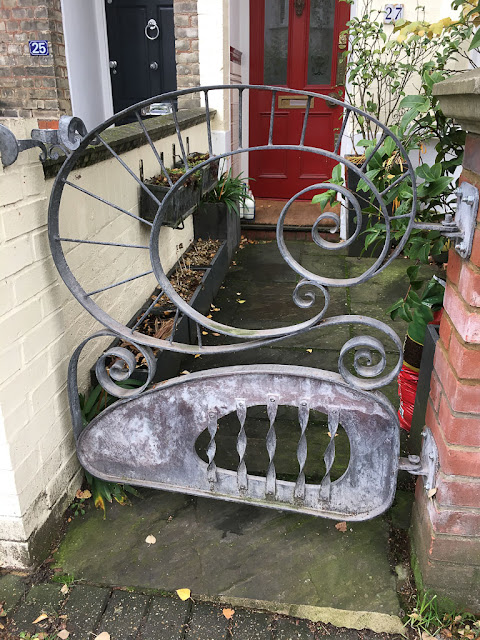 This groovy garden gate belongs to a house up near Fortune Green. Points for creativity! 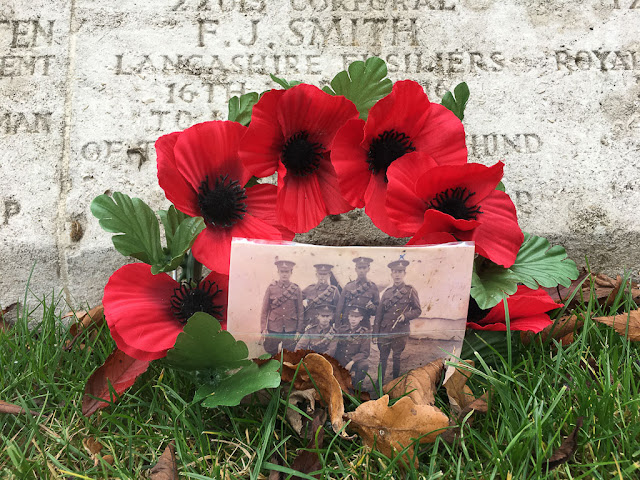 And finally, for Remembrance Day, someone set out this wreath of poppies along with an old photo at the memorial to war dead in Hampstead Cemetery. The soldier on the far right in the photo is marked, which suggests his name is on the stone above. Someone thought to honor him, specifically. Touching!
Posted by Steve Reed at 6:37 AM