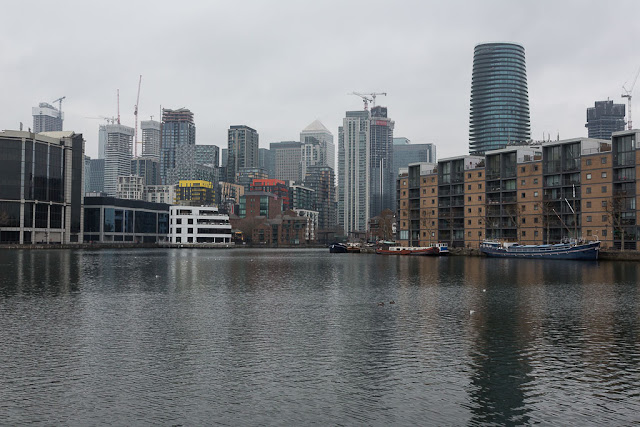 Somehow, in all my years of wandering around London, I've never explored the Isle of Dogs. This is the area south of Canary Wharf, hanging down into a loop of the Thames like a uvula. I've been to Canary Wharf many times, but I've never walked the island itself, so yesterday I decided to do some exploring there. 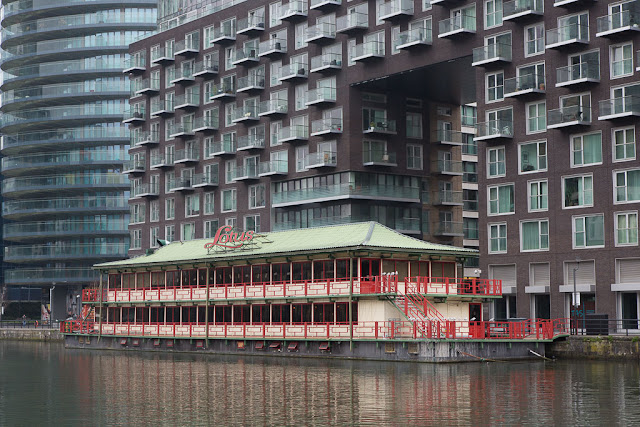 It seems debatable whether the Isle of Dogs really is an island. To me it looks more like a peninsula that's been bisected by various canals and boat basins. The origin of the name isn't clear, but it goes back hundreds of years -- apparently the earliest known reference is in the papers of Henry VIII, which mentioned the purchase of a hose for a ship docked there.

Canary Wharf itself is a hotbed of skyscrapers, cranes and construction, and the regions to the south -- although more settled -- are full of postwar estate housing. I believe London's so-called docklands were heavily bombed in World War II and maybe that's why there's very little that seems to come from an earlier time.

The Lotus, in the photo above, is a floating Chinese restaurant. 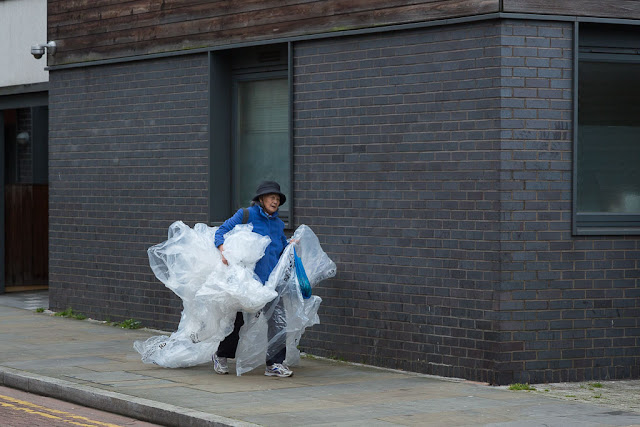 This woman was struggling to carry a massive amount of plastic wrap. Kind of metaphorical, really. I didn't hang around to see where she was going with it. 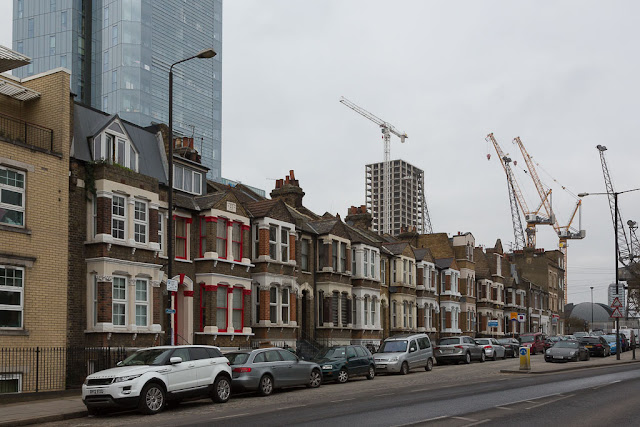 I did find a few pockets of older buildings, streets that had somehow escaped war damage and subsequent construction. But they were few and far between. 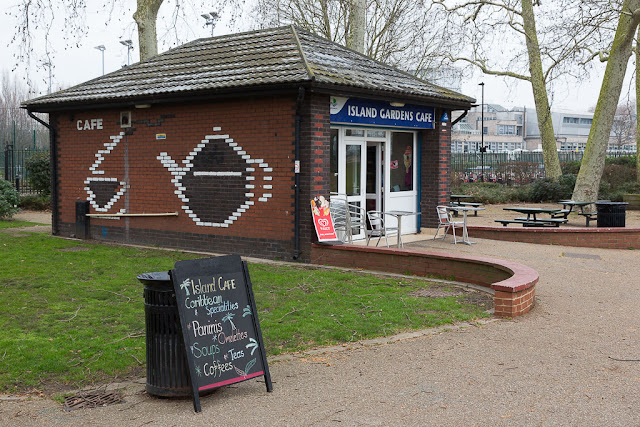 After walking around the various boat basins and past Millwall Park, I found myself at Island Gardens, at the island's southern tip. It's a small park that includes this cafe, with a brick mural of a teapot and cup on the side. 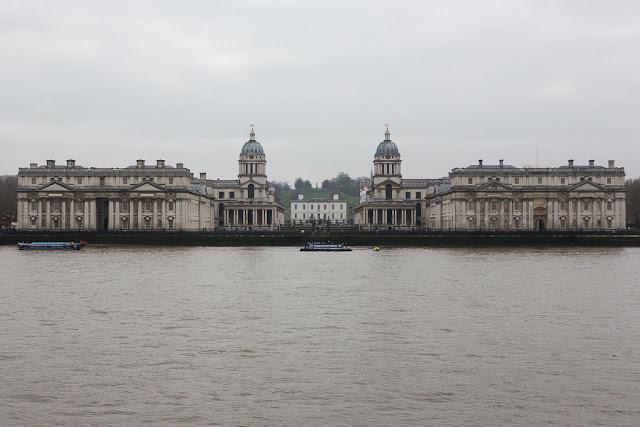 The park offers an amazing view across the Thames of Christopher Wren's Royal Naval College buildings in Greenwich, with Inigo Jones' Queen's House in the background as well as the hilltop where the Royal Observatory is located. 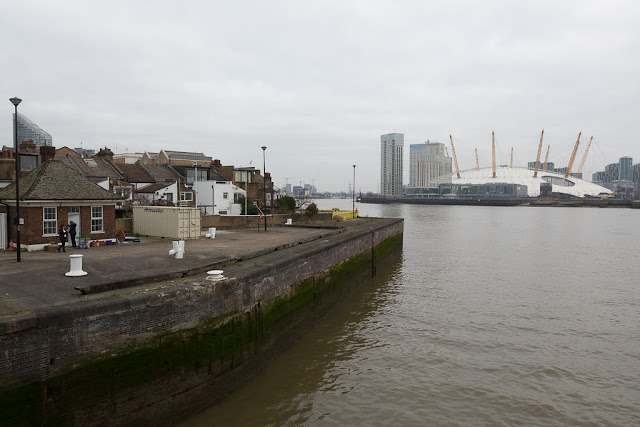 I then walked back up the east side of the island, which offered views of the O2 Arena (also known as the Millennium Dome) across the water. Remember when Dave and I climbed it with a friend many years ago? Those climbing tours must still be available -- I saw tiny people on the roof during my walk yesterday. (Well, OK, normal-sized people, but to me they looked tiny.)

Back at Canary Wharf, I popped into Starbucks for a hot chocolate before catching the tube for home.
Posted by Steve Reed at 8:06 AM