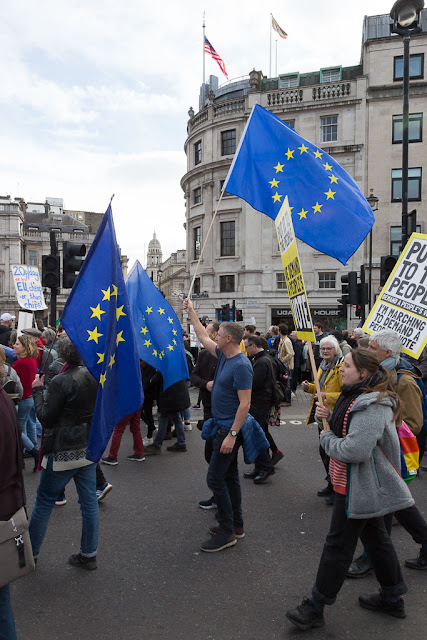 Yesterday wound up being VERY busy. Another old friend was passing through London -- my pal Dina, from the Peace Corps. I last saw Dina in 1992 -- even earlier than my friend Carolyn, who visited a few weeks ago. I wasn't sure I'd even recognize her when we met up at the British Library. But of course I did, right away, and we went to lunch (with her 80-year-old mother, who was traveling with her) and had a great time catching up on our lives.

We went to a restaurant near King's Cross where I ordered pulled pork -- and when it came, that's all it was. A bowl of pulled pork. No bun, no fries, a minuscule serving of cole slaw. It would have been a very weird lunch, except that Dina's mom didn't want her hamburger bun so I wound up with it. At least then I could make a sandwich. 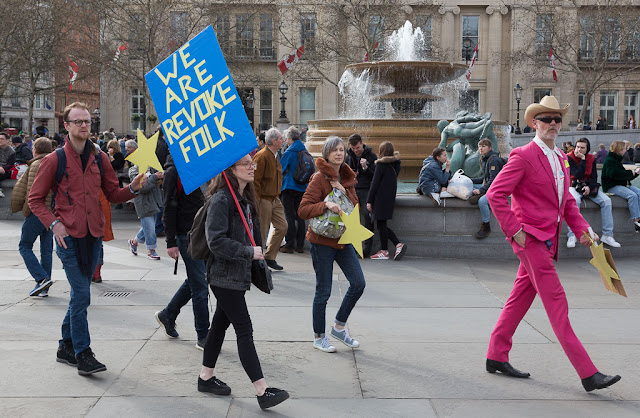 After lunch I took them to Trafalgar Square to see the big Brexit march. I really didn't want to miss this event, and we even marched for a little while -- but the crowds were so big that the procession was moving very slowly, and I was a little concerned that if we got down toward Parliament we'd be gridlocked and unable to get out. So I mostly just took pictures. 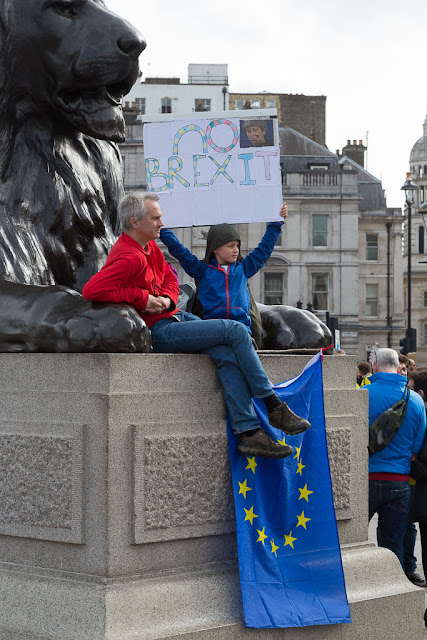 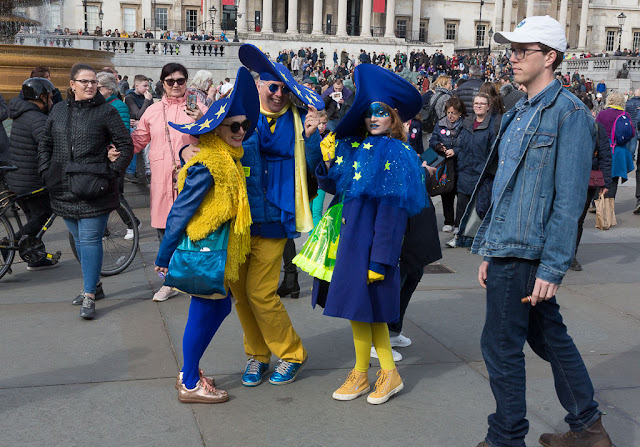 There were lots of interesting characters out and about! 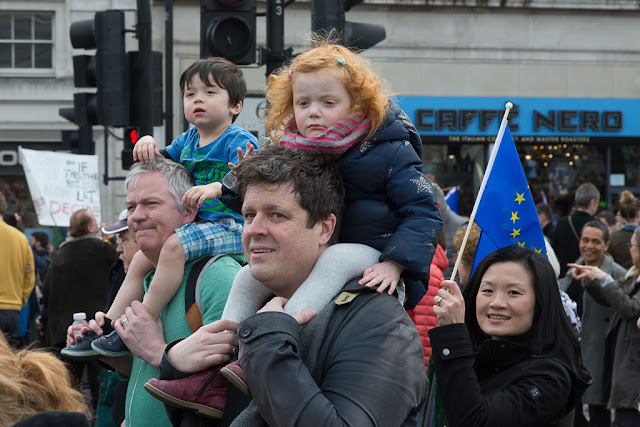 And also lots of everyday people, showing their desire for a new vote on Brexit. News reports say there were about a million people there -- one of the largest demonstrations in London's history. 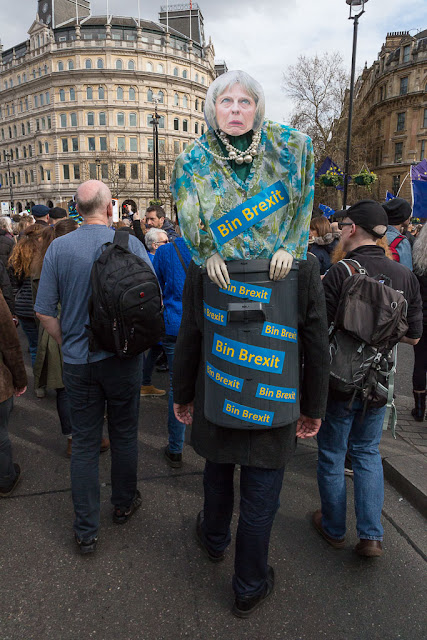 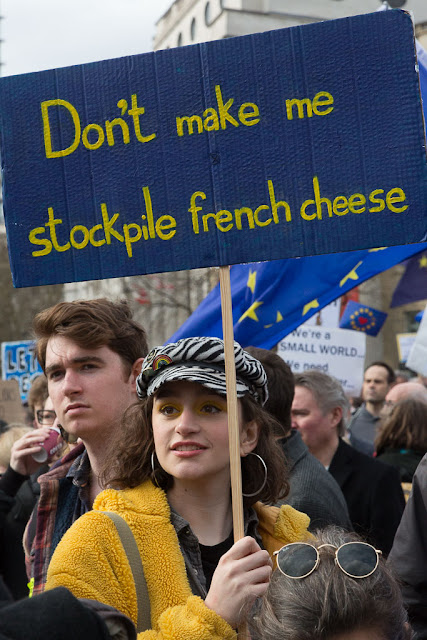 The costumes and signs were very creative! 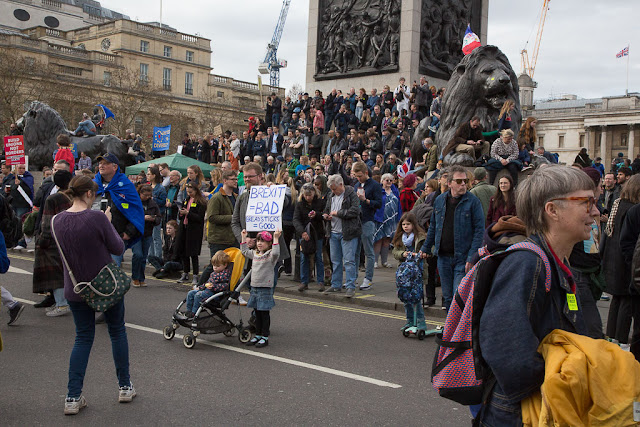 We peeled off the march and went back to the National Gallery, where we had coffee in the cafe. Dina and her mom decided to check out the museum and I came home, exhausted!
Posted by Steve Reed at 7:08 AM