Cocktails with the Harts 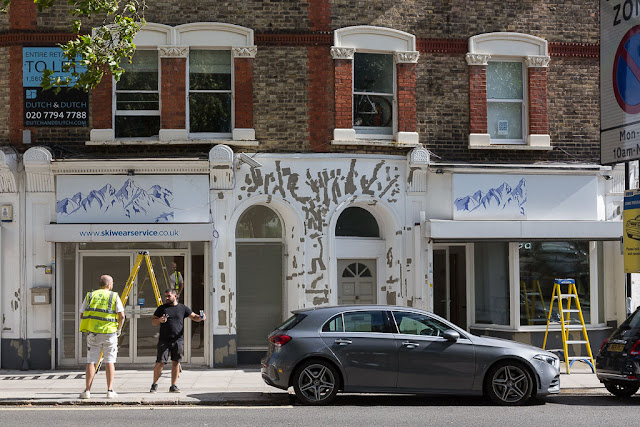 Yesterday was the first full day back at work for all the faculty and staff. (Yes, I started last week, but I report to work a few days earlier than most teachers, in order to get the library ready.) Dave and I got to walk to work together, which I'm not sure we've ever done before. Until this year I've worked a much later shift, from 9 a.m. to 5 p.m., but now it's been decided that everyone must leave campus when the school day ends. Since there won't be any students using the library in the late afternoon, my shift is now congruent with Dave's -- we start and end together. And since we're not risking the tube, we'll be walking together a lot. Kind of fun!
As we walked, we wound up talking about what a disaster Donald Trump is, which is a common theme of many of our discussions. Thank god we have the same political perspective. My maternal grandparents were apparently politically opposed -- my grandfather a Republican, my grandmother a Democrat. Is such a marriage even conceivable now, in these highly polarized times?
Anyway, work was uneventful -- more furniture-moving and book re-shelving. I haven't even begun to tackle the mountains of magazines which arrived over the summer. Normally I'd log them in on a spreadsheet (so we can make sure all the issues we've paid for have arrived) and then I'd put the newest ones on a display rack in the center of the library for our patrons to peruse. But this year, when we're already going through a complex process to check in and quarantine library books to make sure they're Covid-free before they're borrowed again, we're not even making the magazines available. They're just going into boxes. Kind of sad. We didn't renew our newspapers at all, though we already make The New York Times available to everyone digitally through a group subscription.
I went to the post office and mailed my small collection of vintage milk bottles to the woman who bought them on eBay, Vivian from Grimsby. 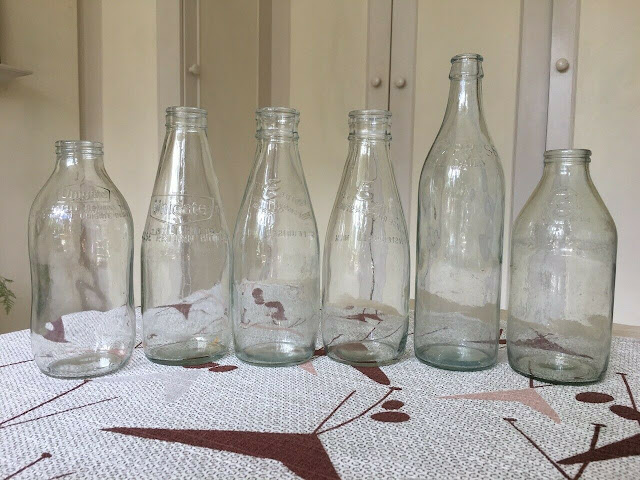 Once again, I lost money on this auction. I truly am a terrible eBayer. I charged £10 for shipping, but it turns out that sending six bottles to Grimsby (with tracking) costs £17! Argh! But the point, I suppose, is that the bottles have a new home with someone who will value them -- and I have clearer windowsills. 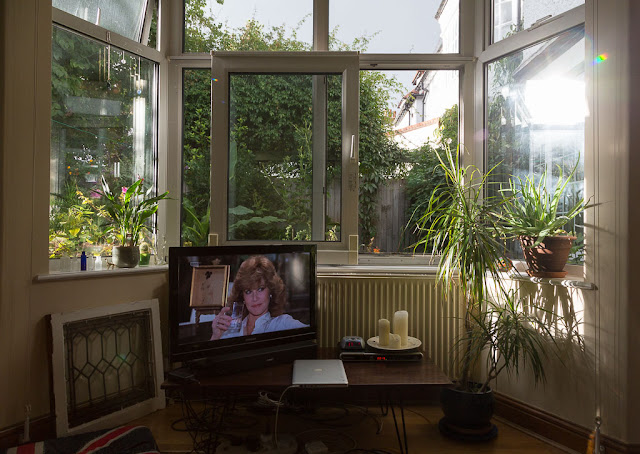 Dave and I have taken to watching "Hart to Hart" in the early evenings, with a glass of wine. It makes me feel approximately 90 years old, and yet it's oddly comforting. Kind of like green bean casserole or a Kraft pizza in a box.
(Top photo: Renovations on a building near Fortune Green.)
Posted by Steve Reed at 6:06 AM