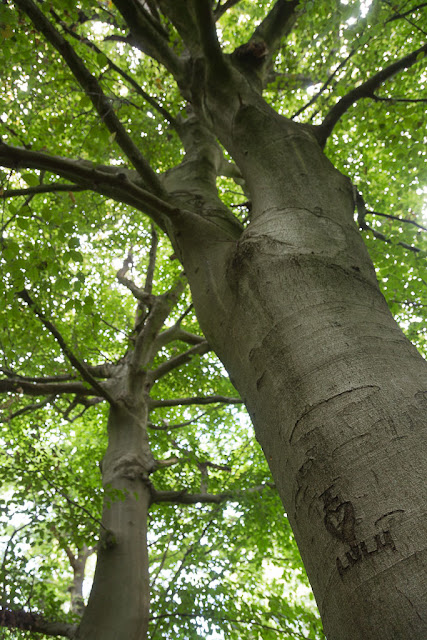 Olga and I were back on the Heath yesterday, having a good long walk. The "Lulu" trees are bright green at this time of year -- remember how pink they were back in April? 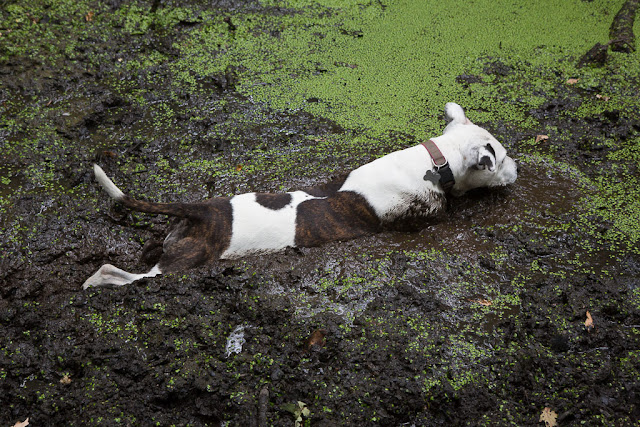 It wasn't as hot as it had been earlier in the week, but it wasn't exactly cool, either (89º F or 32º C). Olga seized the opportunity for a deep, satisfying mud bath.

Unfortunately, she lay on top of her tennis ball, which was then driven so deeply into the mud that neither of us could find it again. She spent the rest of the walk barking and looking at me expectantly, nagging me to produce her ball. I told her about a thousand times I DON'T HAVE IT but she didn't quite understand. 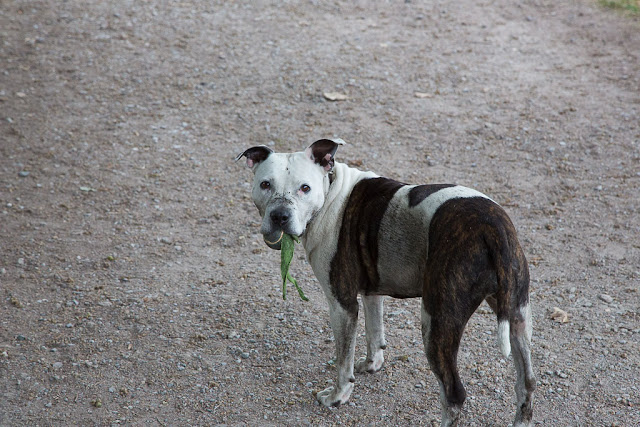 She found another ball, abandoned by some other dog, and I thought I was off the hook. But she shredded that ball within about ten minutes, and then nagged me again. 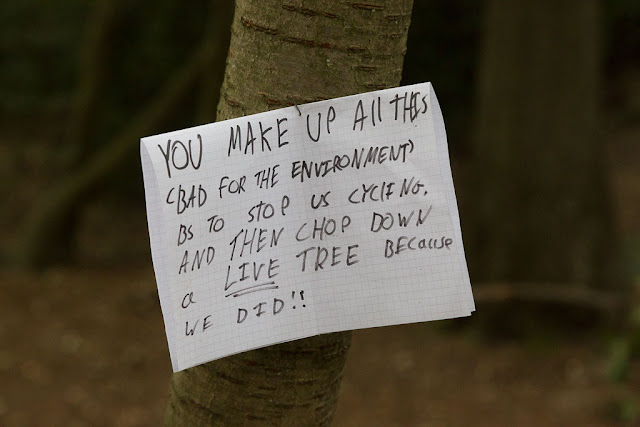 There seems to be some kind of conflict brewing on Sandy Heath about cycling. I used to see a lot of kids riding bikes through there, up and down the hilly terrain, but now signs at the entrance prominently say NO CYCLING. I don't know if this is a rule change or if that's always been the case.

Anyway, in one big open basin below some hilly bluffs, someone piled a bunch of logs -- both dead trees and recently-living ones. I found this indignant note pinned to a nearby tree. Did someone chop down trees to stop cyclists?! That does seem counterproductive.


Remember the Jersey tiger moth I posted yesterday? I mentioned how bright its orange underwings are. Well, I saw another one at the Heath and tried to video it as well, and though I only got a second or two of footage, between those two videos I had enough to put together an 18-second snippet so you could see what they look like when they fly. It's not going to win a Best Documentary Oscar but it's better than nothing.

Last night Dave and I finally went out for our belated anniversary dinner. We went to Gordon Ramsay's restaurant in Chelsea, where we had the tasting menu (beef for Dave, pigeon breast for me) and it was fabulous. It's the first fancy restaurant meal we've had in months and months. Was it safe, Covid-wise? I have no idea. The tables seemed well-spaced and service was at "arm's length," as they told Dave on the phone beforehand -- basically as usual, I think. The room didn't seem particularly well ventilated, but it also wasn't so crowded that it felt threatening. So who knows. Life is a gamble.

We watched a terrifically terrible '70s disaster movie two nights ago called "City on Fire" -- not to be confused with the novel I recently read of the same name -- starring Ava Gardner, Henry Fonda, Shelley Winters and James Franciscus, among others. It's about a saboteur burning down an entire city. I am a '70s disaster movie aficionado, and I'd never heard of this film until someone mentioned it recently in a disaster movie Facebook group -- apparently it was a flop when it came out in 1979 (Gene Siskel selected it as his "dog of the week"). Now it's on Amazon Prime for free. I can't exactly recommend it, because it is terrible, but it's also weirdly suspenseful in places and some of the effects are respectable enough. When I see movies like this I always wonder why certain casting and filming decisions were made. I'm blaming Quaaludes.
Posted by Steve Reed at 8:20 AM