The Prince and the Snail 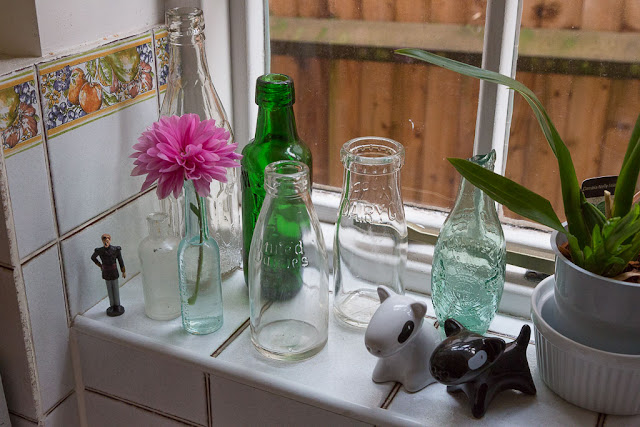 Here's our kitchen windowsill at the moment. I brought the dahlia in because somehow it broke off one of our plants, and I didn't see any reason to waste a perfectly good flower. It looks nice with the green glass, don't you think?
I don't know who that guy is standing at far left. I found him on the street one day, months ago. I think he might be a Disney prince. 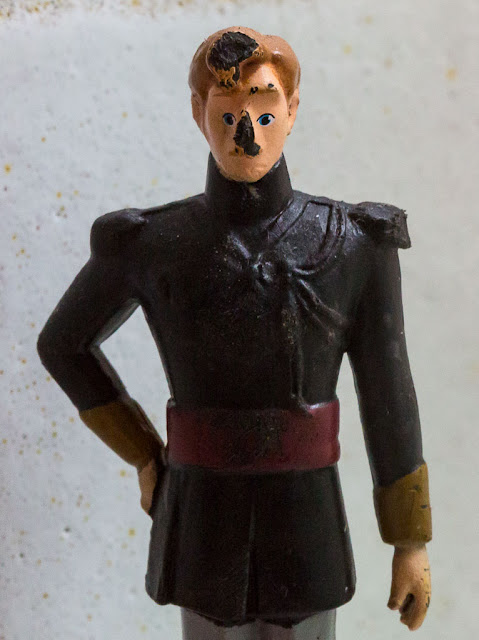 Don't mention his war wound. He's very sensitive about it.
Finally, finally, we got some rain. I can no longer complain about it falling all around us and not on us. It rained steadily yesterday evening as Dave and I watched (appropriately) "Gardener's World," our favorite BBC show. And then we turned off the TV and just listened to it for a while. Such a wonderful sound.
This morning, I woke up, came into the living room and saw: 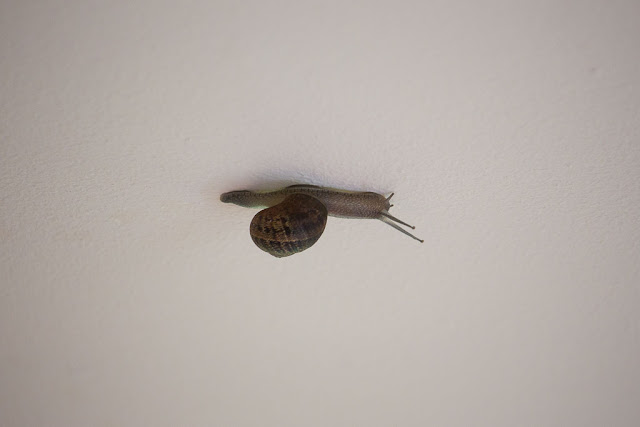 Yes, that is a garden snail. On our ceiling. How he got in -- much less onto the ceiling -- is anyone's guess. He must have been delirious with happiness over the rainfall and then equally bewildered that he was suddenly back in a bone-dry environment. (Assuming snails are capable of happiness and bewilderment.) I stood on a chair and eased him off the ceiling and put him back out in the garden, where he will probably demolish some of our plants, but after that traumatizing adventure I think he's entitled.
Otherwise, no real excitement yesterday. I walked Olga in the cemetery, where I took no pictures for a change. I also listed some of my found milk bottles on eBay. I'm feeling like we have way too much stuff sitting around the house and I'm trying to thin some of it out. We'll see if they sell. If not I'll just box them up and put them away for a while.
Posted by Steve Reed at 7:24 AM