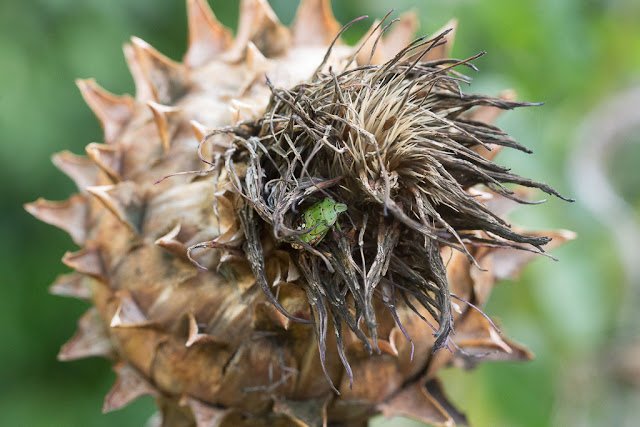 It was chilly yesterday -- chilly enough that I found this little green bug sheltering in the bristles of one of our faded cardoon blossoms. Snug as a bug in a rug, as they say! 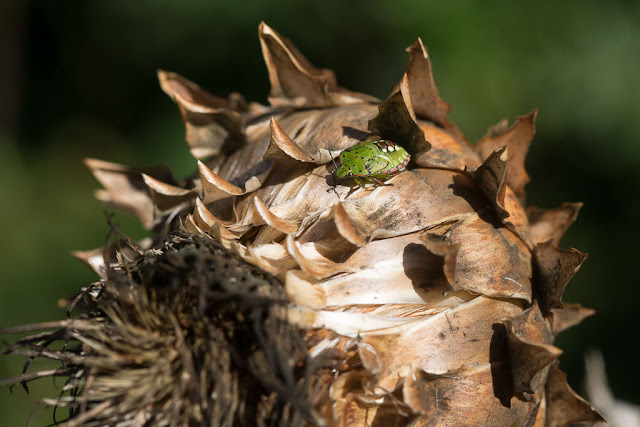 Later, when the sun came out, it crawled onto the surface for some sunbathing. It appears to be a young southern green shield bug (Nezara viridula). It's pretty, isn't it? Apparently they like beans and we have both a bean vine and sweet peas. They're both past their peak so the bug can have them.

I've been finding our recent cloudy, chilly weather somewhat frustrating. Remember those gazanias I planted a couple of weeks ago? Well, apparently gazanias won't open unless they're in direct sun. So the plants have grown all these big, beautiful buds and for the most part they've been staying tightly closed. 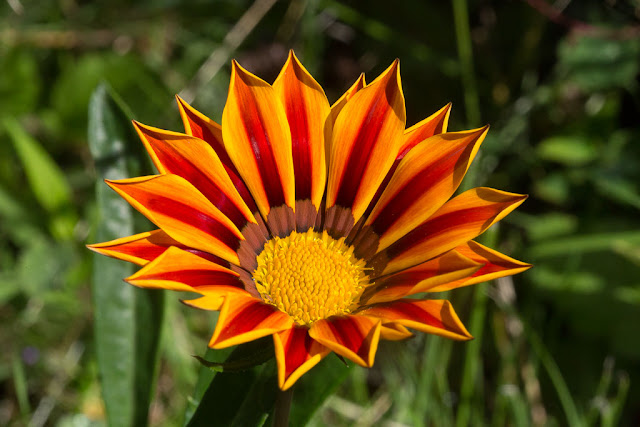 We finally had enough sun late yesterday morning that one of them bravely unfurled its petals.

For me, it was a quiet day. I made more progress in my reading and walked Olga in the cemetery. 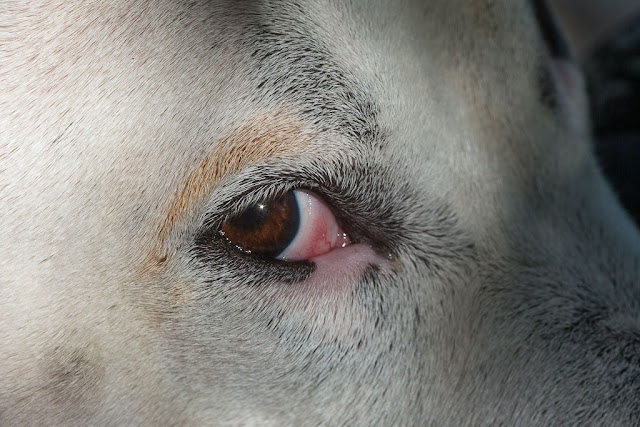 She seems to be trying some new eye makeup. (I'm not sure whether that's mud or what. Sometimes it's better not to know.) 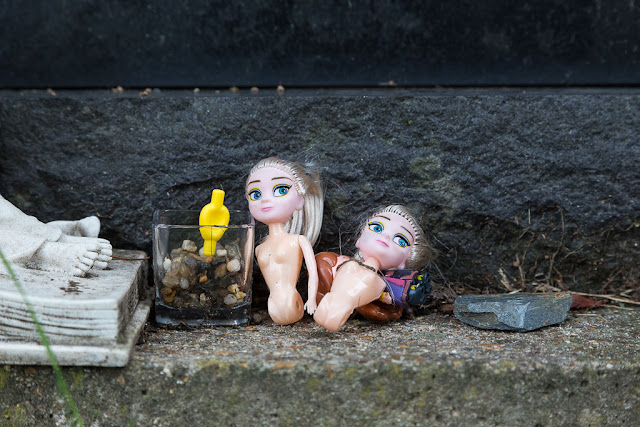 At the cemetery, we found that the doll display bas become even more decrepit. There are only two left, and they're mostly limbless.

So, what else is going on in the world? Every day I read the news with a sense of dread. I will say that although I understand the value of Black Lives Matter and the need to address continuing police violence against black people, I'm worried that the demonstrations -- particularly in Portland -- are becoming counterproductive. Trump is using them to energize his campaign, and we don't need to give that guy any fuel. Is it better to let things simmer down and then re-address the situation after the elections? Or does my white privilege allow me to make that suggestion? All I know is, the polls show the race is narrowing, which I find terrifying, and another four years of Trump aren't going to do the BLM movement (or any of us) any good.
Posted by Steve Reed at 7:16 AM