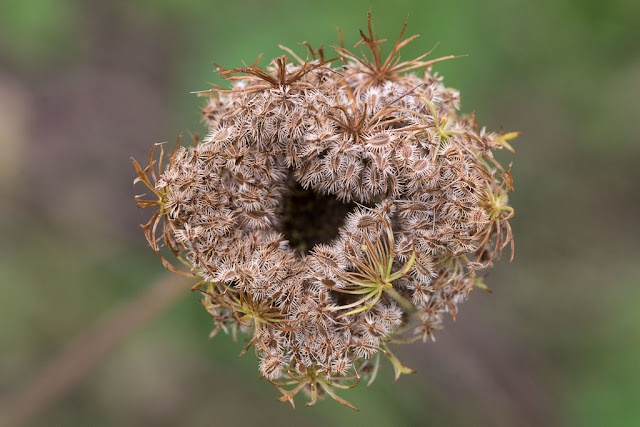 Yesterday was the UK's August bank holiday, so we didn't have to go to work. Andrew was wondering why we have this particular holiday, and as far as I can tell, it's just a sort of "farewell to summer." Unlike its counterpart in the USA, Labor Day, I don't think it has any specific commemorative meaning.
What a weird weekend it's been, too. There was a big demonstration in Trafalgar Square on Saturday by anti-mask, anti-vaccine activists convinced that the coronavirus is a hoax. (Or that it's caused by 5G technology, or that all vaccines are harmful, blah blah blah.) There was also one in Germany. Honestly, of all the things to worry about in the world, wearing a mask seems like a pretty minor imposition. I don't understand why people get so heated up about it.

People who get their news online from dubious sources, and then build on that by searching out more dubious information, eventually start marinating in their own crazy conspiratorial fantasies. I just read a fascinating article in The Atlantic about Q-Anon, and the New York Times recently had an equally interesting piece about the Boogaloo movement. Both build on the idea that mainstream (i.e. responsible) media aren't telling the real story, and people feel empowered to then ignore real news and go search out alternative explanations that reaffirm their skepticism. And even though those explanations are basically made of popsicle sticks and Elmer's glue, they take them on with an almost religious fervor.
I put it all down to a failure of education. People don't understand how to do research, determine cause and effect, and discriminate between reasonable and unreasonable assertions. And they don't value professional journalism, which really does exist for a reason. 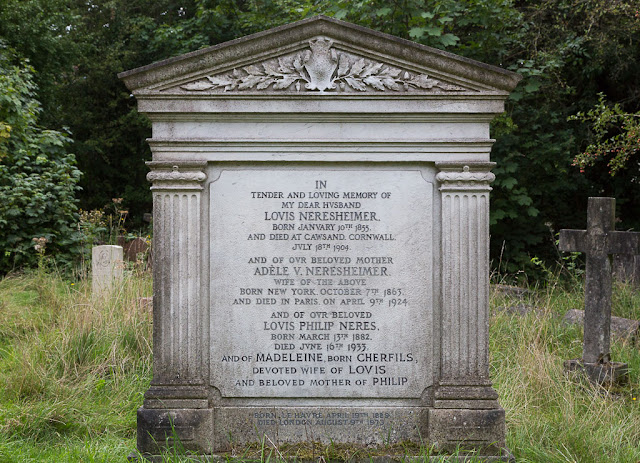 I had a pretty busy day -- lots of housework and mowing the lawn, followed by a walk through the cemetery with Olga. I'm often intrigued by the headstones there, some of which give almost dynastic histories of certain families. This one is pretty interesting -- the Neresheimers were German jewelers and silver manufacturers, and Louis apparently helped run the company's New York offices before moving to London. (Note that the headstone doesn't mention he was born in Germany.) His wife Adele was born in New York during the Civil War, and died in Paris in 1924. They sound like an elegant crowd, don't they? 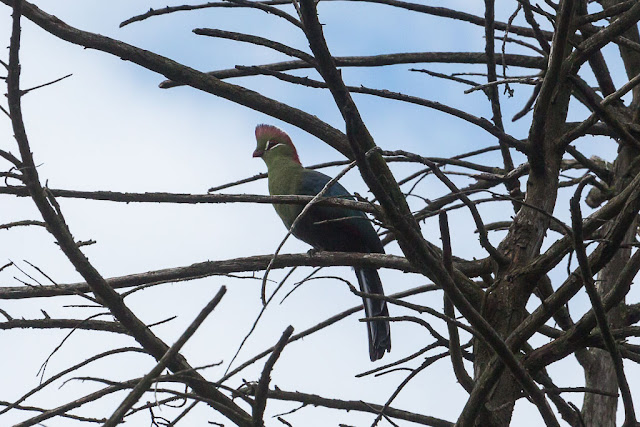 While there, I heard the turaco, and since I hadn't seen it in months and was lugging my heavy camera and zoom lens, I decided to make the effort to track it down. I followed its call to several different trees, but the minute I got there it would swoop away. (Olga trudged along behind me, obviously wondering why I was dragging her hither and yon.) The turaco finally paused in the very top of a tall dead tree, and drew a small crowd of admirers. My pictures wouldn't win any awards -- it was hard to get a good shot against that bright sky, and I had to stand well back to see it from the side rather than directly below -- but I was satisfied.
I also finally finished "The Likeness" by Tana French, which I enjoyed even though I found it wildly ridiculous. The premise is that a detective looks so much like a certain murder victim that she impersonates her and goes undercover among her friends -- who don't know their real compatriot is dead -- to find the killer. Are you kidding me? Even Q-Anon seems more plausible! Still, French is a good storyteller and she somehow made it work.
(Top photo: A wildflower gone to seed at the cemetery.)
Posted by Steve Reed at 7:04 AM