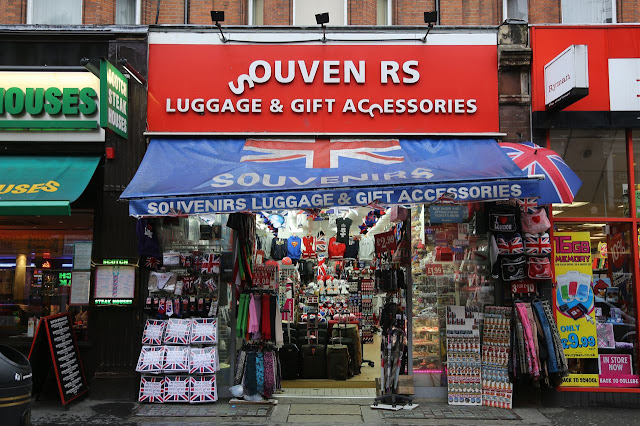 I'm happy to report that my gold inlay is back in its proper place, in the back of my mouth. I called the NHS Dental Triage back yesterday morning, and I used the magic word: PAIN.

I wasn't lying. I really was in pain. Not severe pain, but enough to make the side of my face feel numb and make me resort to aspirin. So the nurse told me to go to St. Charles Hospital, in Ladbroke Grove, which is about a 20-minute walk from our flat. The dental clinic there opens at 10 a.m., she said, and it's first come, first served -- so get there early.

I got there at 9:50, and I was first in line. I got in to see the dentist promptly, and by 10:30 I was walking home, my lower jaw complete once again. I wish I'd used the p-word when I called Saturday. Now I know.

The best part: My visit cost £17.50, which is far, far less than it would have cost to see a private dentist.

-- I've been reading an interesting novel, from 1949, by a British author named H. E. Bates. I'd never heard of him before I stumbled across his book in the literature section of the local Oxfam used book store. I liked the title: "The Jacaranda Tree." It's about Burma in World War II, and Bates skillfully describes the colorful and exotic world the title suggests. I did some research to find out who Bates was, and it turns out someone's built a web site to promote his work and career. Apparently he was popular in his day, but his star has mysteriously faded. Although I do like his writing, he is dated by today's standards, especially in his approach to race. In the first paragraph of "The Jacaranda Tree," he describes a Burmese houseboy running through a courtyard at sunrise, the light "shining into a pale coffee face that had something of the look of a handsome monkey with a perpetual smile." Yikes!

-- Several months ago, after making an avocado sandwich, I planted the slimy brown seed in a pot of dirt, thinking it would be cool to have an avocado tree for our balcony or our living room. A touch of the old country for this Florida boy, you know? Well, that seed sat in the dirt and appeared to do nothing for weeks and weeks on end. It looked like a dead brown billiard ball. Yesterday, I finally decided to throw it away. I dug it up and discovered it does have a root about three inches long. Why it hasn't grown more, I'm not sure, but maybe it's moving slowly because of our wet, chilly summer. Anyway, I felt guilty, so rather than throw it out I put it in a glass on the kitchen windowsill, propped up on toothpicks like a kindergarten project. If I haven't completely traumatized it, maybe it will finally develop some leaves!

(Photo: Souvenirs for sale on Queensway, Thursday.)
Posted by Steve Reed at 6:01 AM