Fixing Windows, and Getting Older 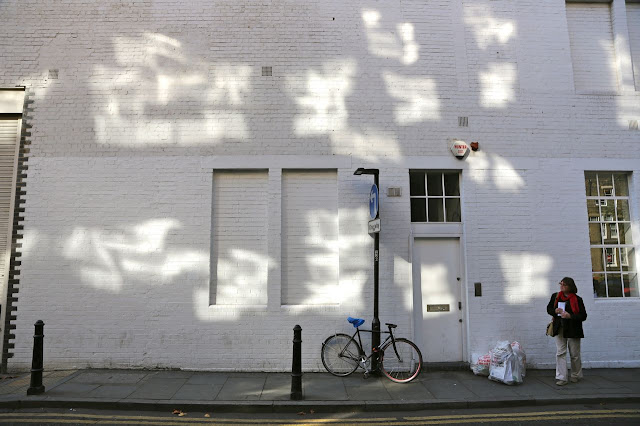 A lot of things are running through my head today.

First of all, and worthy of note, I voted. My mail-in ballot arrived on Tuesday and I opened it up, marked my choices, walked it to the post office and mailed it back right away. Take that, Mitt Romney.

Second, I've been using the past couple of days to complete tasks that have been lingering. I ordered a handyman from the Kensington & Chelsea Council (which owns our apartment building) to come and fix a few of our windows, which had slid off the tracks or were otherwise wonky. (He had to order parts, naturally, so the windows still aren't fixed, but at least we're moving in that direction.) I descaled our tea kettle, removing a year of lime residue left behind by the mineral-laden London water. I initiated a couple of financial and business transactions that need to be completed.

I'm also thinking about Ms. Moon's recent post about becoming invisible with age. She experienced the feeling when some oblivious guy on a dock blocked her from walking past while carrying a heavy container -- a guy who might have noticed and shifted aside, she suspects, for a younger woman. My mom made similar complaints while I was growing up. I vividly remember her saying, "All those men who hold doors for you when you're 25 slam them in your face when you're 45."

I haven't really experienced this feeling -- partly because I'm a man, I suppose, although the standard of beauty in the world of gay men is probably every bit as demanding as it is for women. It's more that I was never all that conventionally attractive and so never got the attention in the first place. I don't mean that to sound at all self-pitying -- in fact, if anything, I'm happy about it. Being ordinary-looking, maybe even a little odd-looking, saved me from a lifetime of bullshit, and it's certainly saving me pain as I age. It's harder to let go of something you once had than to miss something you never had.

Having said that, I am at a time in my life when I have to let go of some physical things. I stopped going to the gym entirely when we moved to England. I didn't feel like we could afford it, for one thing. But I also felt like it was time. The gym was getting harder and harder, and maintaining muscles for the sake of vanity turns on you at some point -- your muscles start to look stringy and over-worked rather than bulgey and hot. I pretty much gave up on them. I still do sit ups and push ups every couple days, and I've been running, though I'm contemplating giving that up too -- at the ripe old age of (almost) 46, walking feels more my speed.

It's an interesting thing, aging. My right index finger has an achy middle joint that I'm almost certain is pre-arthritic. My lower back kills when I first wake up. A few days ago I had aches in my left hip, which came (I suspect) from some strained connective tissue and forced me to be careful about my posture when sitting and my gait when running. You always hear people talk about little aches and pains as they get older -- and by golly, there really are little aches and pains!

Anyway, there's more, but I'll stop here because otherwise this will be one of those overlong blog entries that drive me crazy. Things running through my head...to be continued!

(Photo: Shoreditch, on Saturday.)
Posted by Steve Reed at 6:00 AM