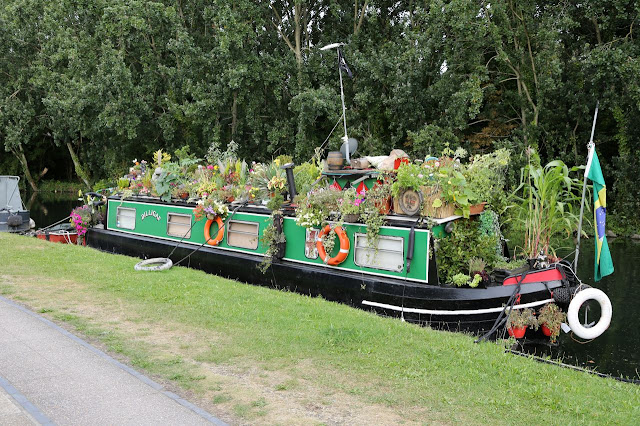 I never told you about my long walk on Wednesday. I walked west along the Grand Union Canal, which I've mentioned before and along which I often run. I went farther in that direction than I ever have -- about five miles -- through the industrial grit and cranes and tanks and faceless block buildings of North Acton.

Along the way I saw lots of narrow boats, the ubiquitous canal boats that are built for plying the man-made waterways of the British Isles. I always love seeing how people decorate their narrow boats. There seems to be an unspoken agreement that quirky is the way to go. 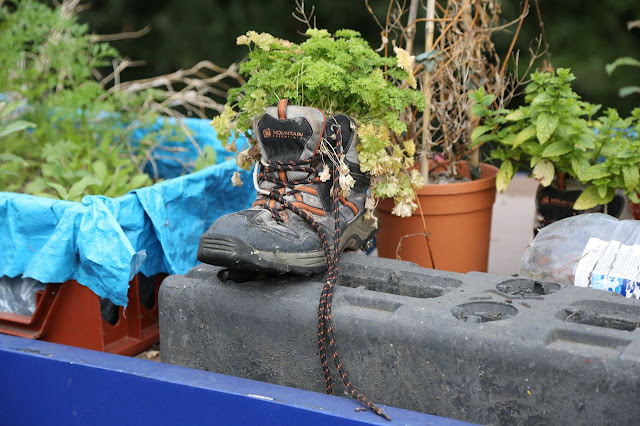 You gotta admire someone who uses an old hiking shoe as a planter. But why not? 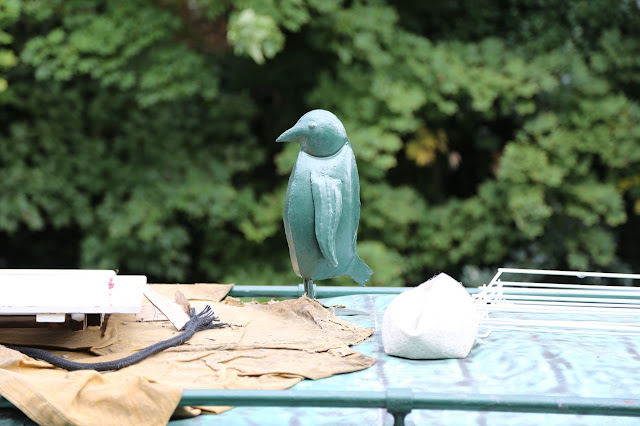 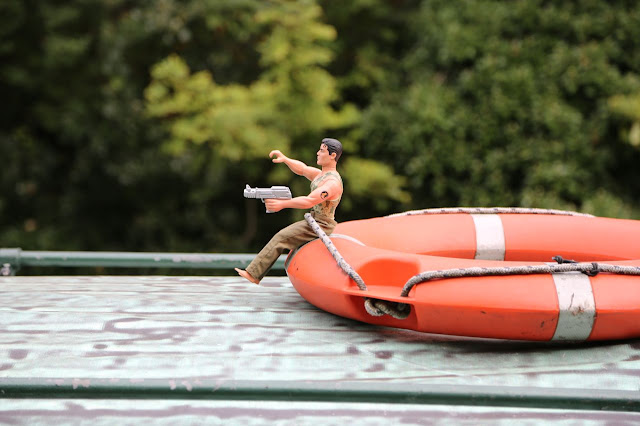 People live on board their narrow boats, or at least use them as vacation retreats. I've often told Dave we should buy a narrow boat if we ever have to leave our rented flat. I'm kidding -- I think -- but it seems like it would be a cheaper alternative to London housing! (Dave hates the idea, insisting that a narrow boat would be small and damp. Which is probably true.) 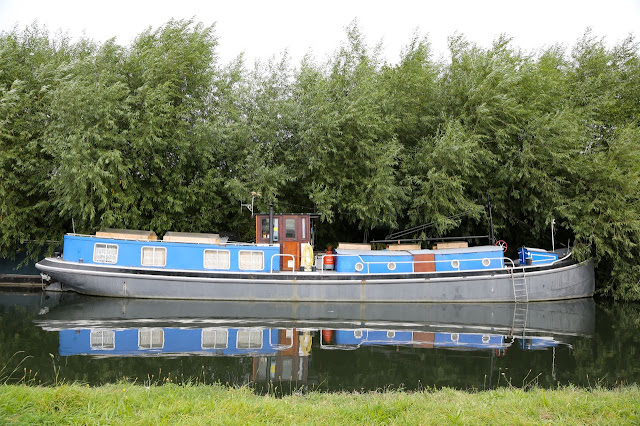 Still, they are picturesque, aren't they?
Posted by Steve Reed at 7:49 AM