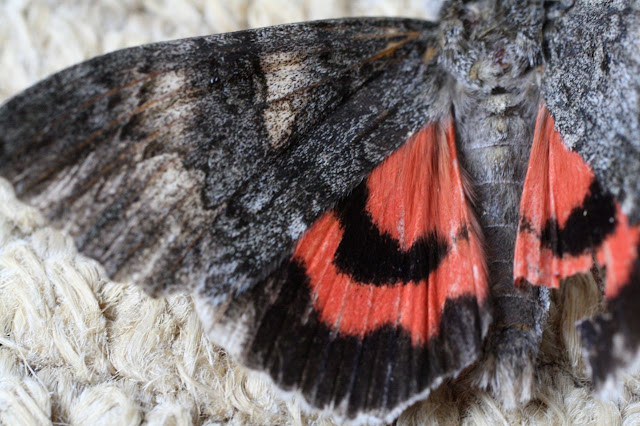 I was coming home from a meeting at school yesterday afternoon when I found this beautiful moth lying on the ground in the St. John's Wood tube station. I think it had probably beaten itself senseless against one of the lights, or maybe with autumn coming it had reached the end of its natural life span. At any rate, it was barely moving. 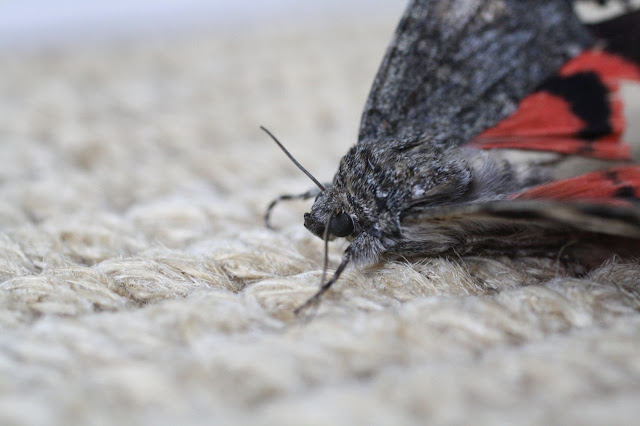 I picked it up and brought it home, mainly to photograph and identify it. I held it gingerly by the wings, but it was still a bit bedraggled by the time I got to our flat. (It's surprisingly windy in the tube -- you never really realize it until you're trying to keep something as lightweight as a moth from blowing away!) 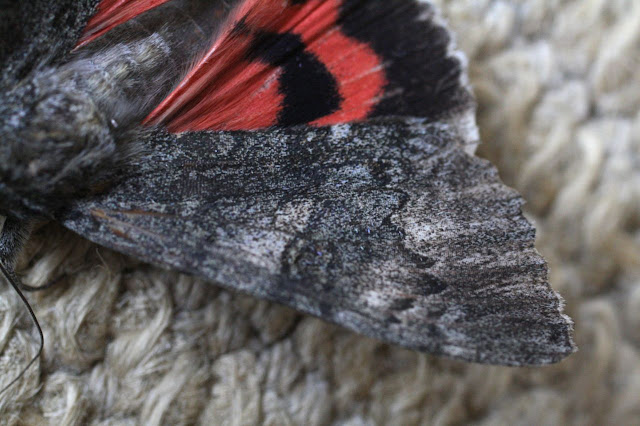 Turns out, this is a Red Underwing moth, or Catocala nupta. Apparently they're quite common, and they fly in August and September. I love how furry it is -- like an insectile teddy bear!

I took my pictures and set it out on our balcony, where some bird has probably snacked on it by now.
Posted by Steve Reed at 6:17 AM