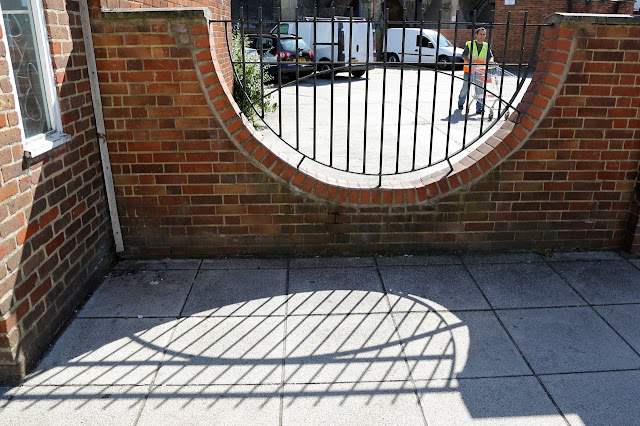 Will this week ever end? Good lord.

I have been bogged down in a hellacious period at work, which I won't bother to bore you with. I will say that I wound up literally screaming in frustration on Monday night, right before I went to bed. Let me tell you, getting that hot under the collar right before bedtime wreaks havoc on your sleep patterns. Or lack thereof.

But the things that prompted me to scream seem to be getting addressed, so that's good, and the events that have produced my huge workload are almost over. I don't think this will be typical of the new job. I think this is just an unusually intense period.

Despite all that, yesterday was actually a really good day. The weather was beautiful, so I put my new favorite band, Stornoway, on my iPod and went running, which did wonders for my outlook. I vacuumed the house, got caught up on some reading, repotted some bushy purple heather I bought at an overpriced housewares store at Notting Hill Gate.

We've been wrestling with Dave's medical insurance over some visits to the doctor he made in July and August. (Dave has a private insurance policy through his employer, which theoretically will allow him to get certain medical procedures more quickly than he would through the NHS.) We kept getting bills from the doctor, and we had to jump through some hoops to get doctors talking to one another and to the insurer, and now it looks like things are resolving. But yesterday we got a mysterious £20 check (or as the British would spell it, "cheque") from the insurance company, and we have no idea why. It's the strangest thing. I never expected the insurance company to send us money. That never happens!

(I'm sure it will bite us in the behind somehow.)

We've also committed a terrible social faux pas. A few weeks ago our neighbors, Chris and Linda, invited us to dinner at a posh London restaurant. We said sure, set a date, and then Dave and I promptly, inexplicably forgot all about it. We were supposed to go last Saturday, but we obliviously made other plans. Chris came over a few days prior and said something alluding to our upcoming night out, and I'm sure all the blood drained from our faces. He was very nice about it and we rescheduled for this weekend, but still, I feel terrible. There's just too much running through my head at the moment, you know?