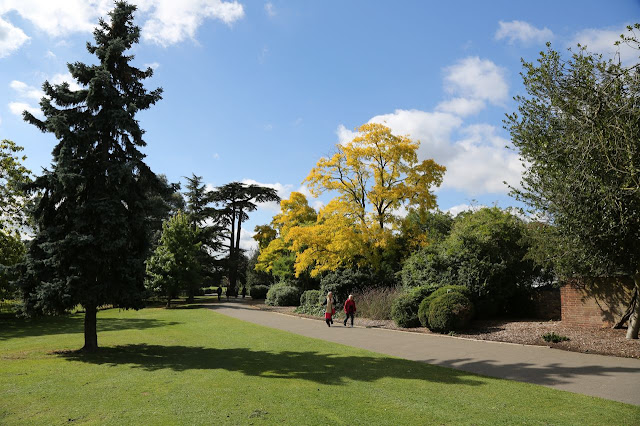 My workload lightened significantly this week, thank goodness. Unlike last week, I wasn't lying awake at night or pecking away on a keyboard all day. I just had a few tasks to stay on top of things, all quite manageable.

On Thursday, in fact, I was able to take a long, long walk westward through Chiswick and Ealing. I set out about 9 a.m. and got home again at about 3 p.m. In between I took lots of photos and explored Gunnersbury Park, a big grassy expanse that includes some 200-year-old mansions and other structures.

As you can see, it's starting to look like fall around here!

Here's a map of my route. I walked about 7.5 miles altogether. The map shows me circling the park, but only because I couldn't figure out how to plot my walk through it. 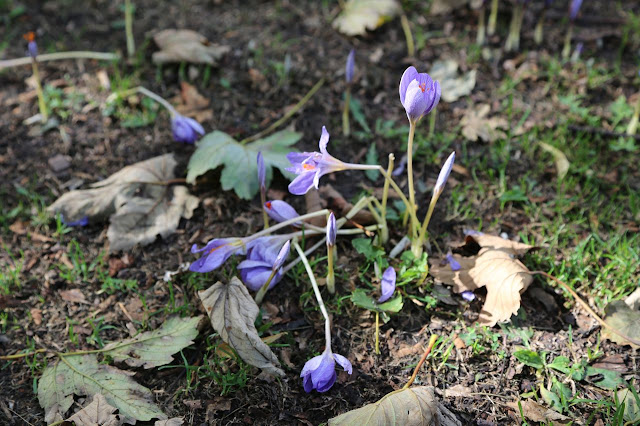 In Gunnersbury Park, I found some confused crocuses growing in the grass. 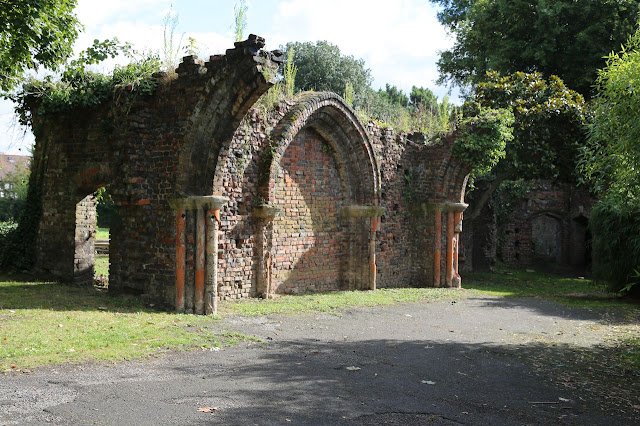 I also found what look like gothic ruins. I believe these used to be stables, built in the 18th century as a reproduction of a gothic structure -- what's known as a "folly." Inside the walls are garden plots, perhaps used by area residents. 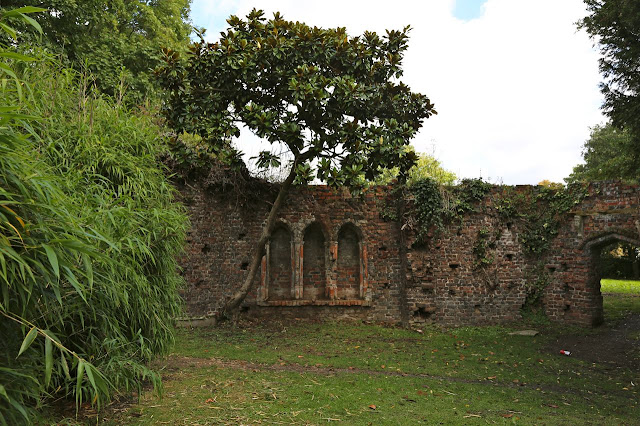 The ruins are interesting. Nearby are a greenhouse and two large mansions, once occupied by members of the Rothschild family. One is apparently now a museum. 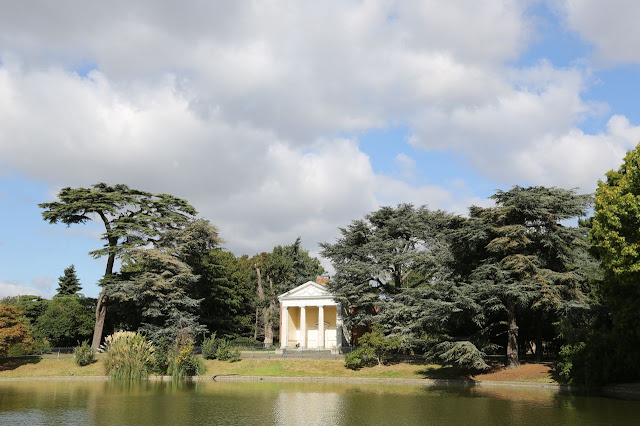 At the edge of the park's circular pond stands another "folly," a columned and pedimented structure dating from the 18th century -- reportedly the park's oldest building. When I walked past, a homeless-looking guy was sunning himself in the portico.

Gunnersbury was an interesting discovery. I'd like to go back sometime and check out the architecture and the landscaping a little more closely -- maybe when my feet aren't quite so sore!
Posted by Steve Reed at 6:58 AM