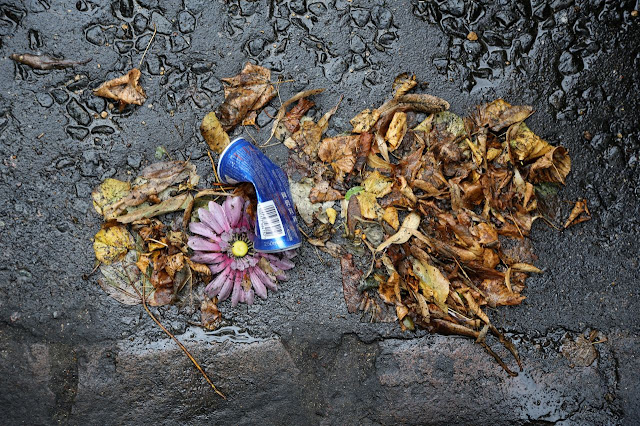 The Caribbean spirit of the Notting Hill Carnival must still be lingering in the neighborhood. I stepped out on the balcony yesterday evening just in time to see a flock of parrots swoop by.

Well, I say parrots -- they could have been large parakeets. I'm unclear on the difference. But they were unmistakeable, bright green and unlike any other bird. Once again drawing on my Florida heritage, I can tell you I've seen a lot of parrots in my day.

There were about six or eight of them, flying diagonally across our apartment "estate" from one corner to the other, and landing in a big tree in the courtyard of the Earl of Lonsdale pub. (Extra excitement for the pub-goers, who probably wondered if they'd had too many.)

I did some online research, and it turns out there are indeed feral parrots in and around London -- especially ring-necked parakeets and monk parrots. You'd think British winters would be too cold for them, but apparently some of the species are from the Himalayan north of India, so they're used to temperate weather and don't have a problem living here. There are even plans to cull the flocks so they don't become so invasive that they damage agriculture or native bird populations.

Interesting theories about their origins abound. Some people say Jimi Hendrix released them in the late '60s as some kind of peace gesture. They may also have escaped from a movie studio outside London during the filming of "The African Queen" in the 1950s.

More likely is that they're "liberated" pets, escaped from a shipper or breeder or set free by pet owners.

We never lack excitement around here, do we?

(Photo: Street debris a few days after the Notting Hill Carnival, last week.)
Posted by Steve Reed at 5:24 AM