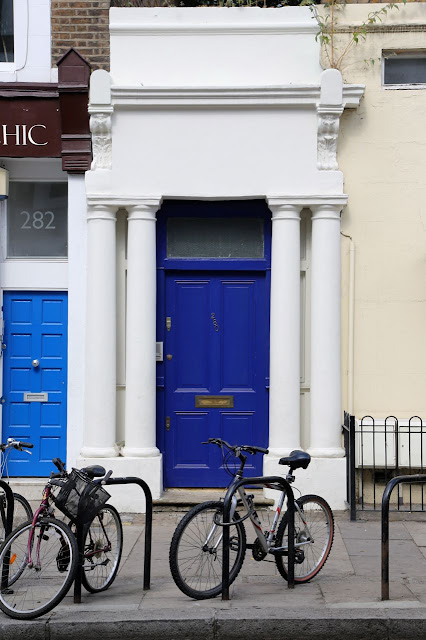 Here it is, Hugh Grant fans: The door from the movie "Notting Hill."

Yes, the famous "blue door" really exists. At the time of filming, it apparently belonged to Richard Curtis, the movie's writer. Grant's character supposedly lived here and worked at a travel bookshop nearby -- a bookshop based on a real business that sadly closed last year. Until recently this door was painted black, but then someone clued in to the fact that the entire planet expects it to be blue, and obliged.

The bookshop scenes were filmed on Portobello Road, in a storefront that today is clearly labeled "Notting Hill" in the same typeface as the film's promotional materials, on a bright blue background. There's even a movie poster in the widow. Yet you'd be surprised how often I hear confused tourists trying to figure out which store it could be. (Strangely, it sells nondescript shoes.)

She's just a girl, standing in front of a boy, etc. etc. etc. 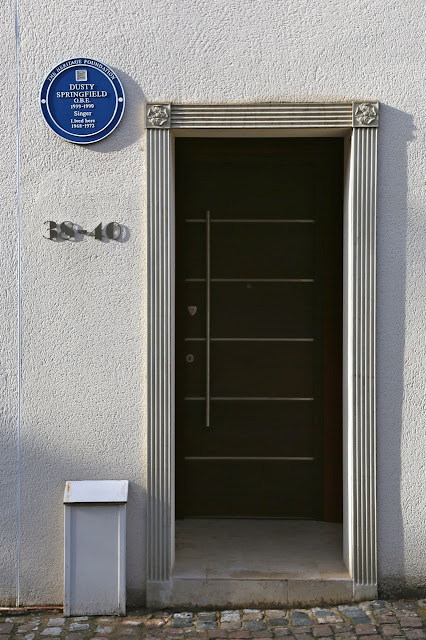 Here's another interesting show-biz related doorway. I just learned the other day that the former home of Dusty Springfield is within short walking distance of our flat! She lived here from 1968 to 1973, a time when she was already a big star and when she released "Dusty in Memphis," perhaps her best album. 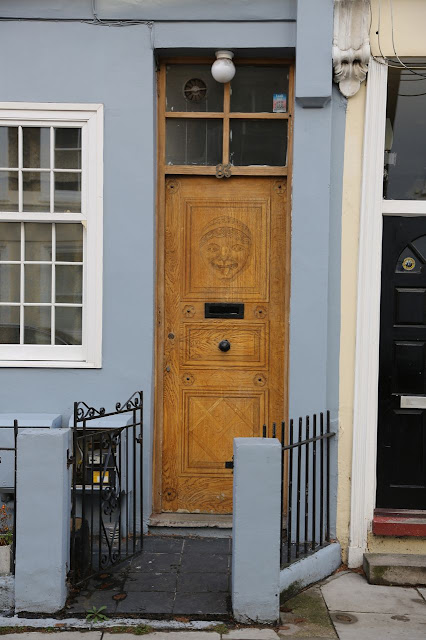 And finally, this curious door is located on Princedale Road near Pottery Lane, named for the kilns that used to stand in that neighborhood back when it was a rough part of town. (Hard to believe now.) I'm not sure what's up with that face. 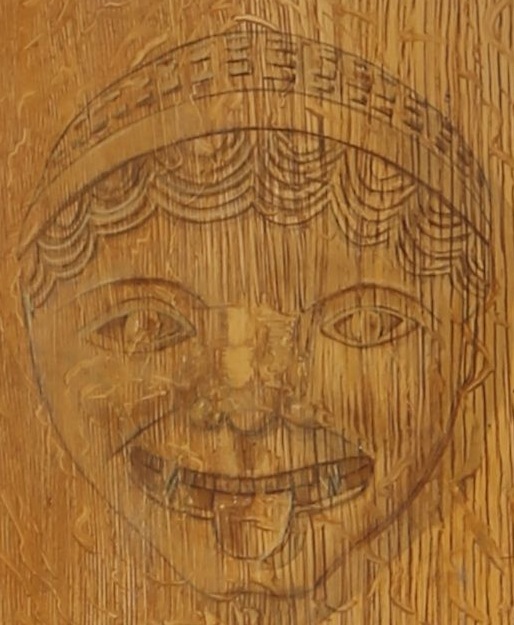 Does it mean something? Or is it just someone being goofy?
Posted by Steve Reed at 8:10 AM