Without Leaving the House 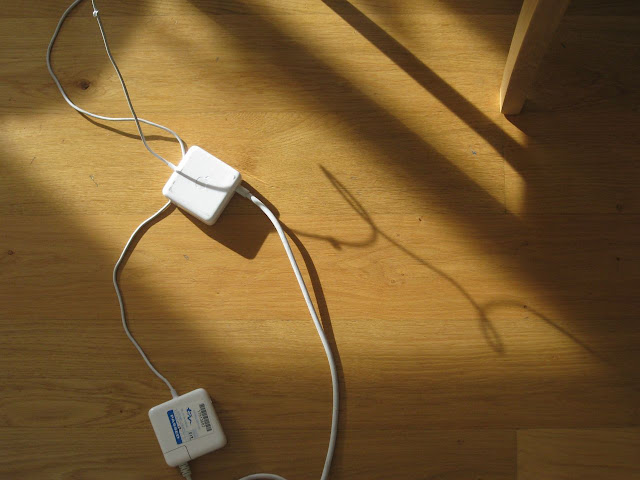 This week I've been a virtual shut-in, with loads of work both for the new job and on a freelance project for one of my former bosses. So I amused myself with the camera at home. 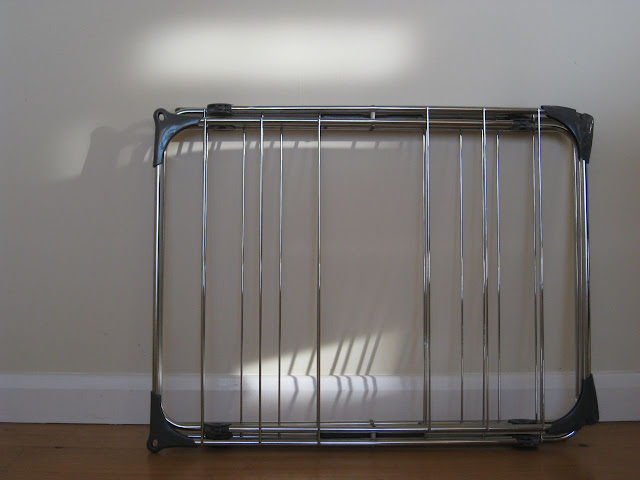 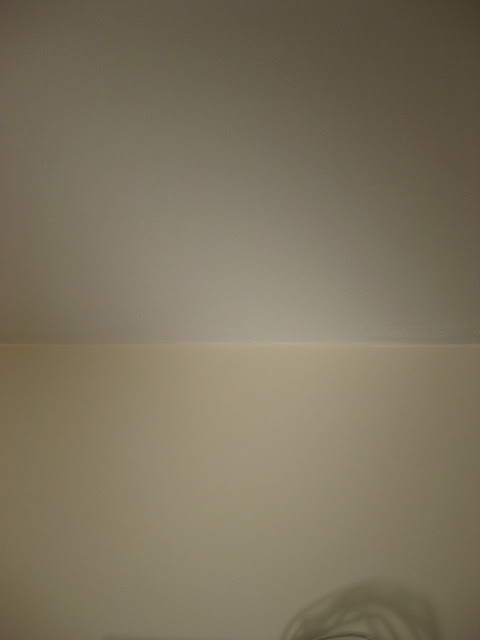 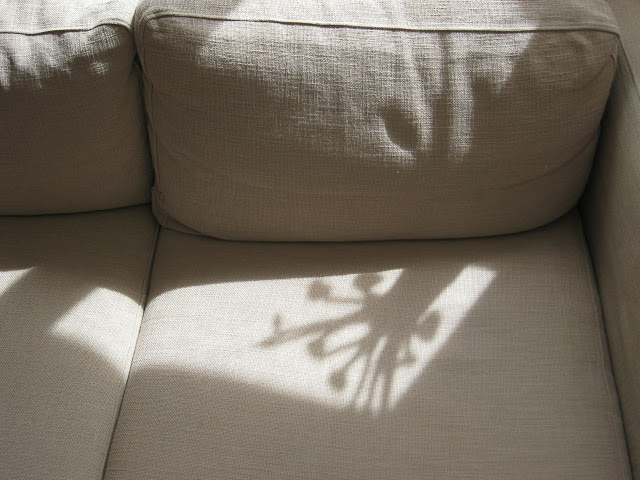 As you can see, we have a very beige house. 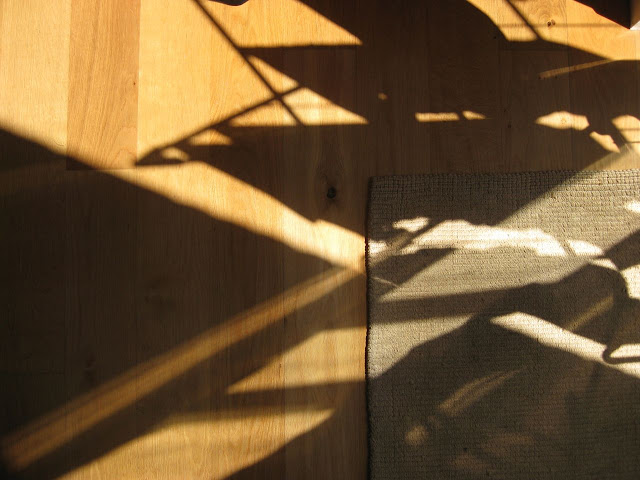 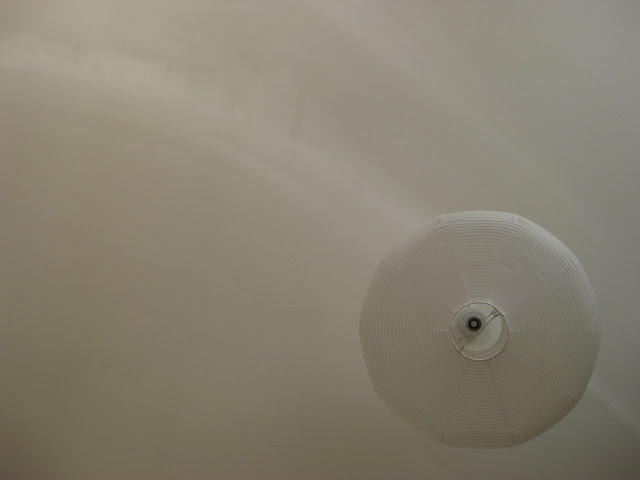 This paper lamp hangs from our living room ceiling. For some reason, any houseflies that blunder into our apartment are obsessed with it. They circle and circle beneath it for hours. I tried to find out why this is so, and I found several explanations similar to this one posted by Nick B. (who hopefully knows what he's talking about) on The Guardian's website:

"When looking for a mate, flies will gather around a noticeable landmark such as a bush or under a tree. When indoors this is commonly under a lampshade or equivalent. Potential mates will head towards this landmark looking for candidates. Since flies are poor at hovering they will circle around the area. You may also wish to note that the erratic flight paths taken by flies are an evolutionary adaptation to avoid predators. Birds have much the same problem in catching a zig-zagging fly as we do chasing them with a rolled up newspaper."

Our tomato plants are looking sorrier and sorrier as they straggle toward the end of the season, but they continue to yield tomatoes. I gave a handful to Chris and Linda, the neighbors who provided us with the tiny plants back in April. Apparently Linda didn't much care for them, but I think they're yummy, and who is she to look a gift tomato in the...um...mouth?
Posted by Steve Reed at 6:02 AM