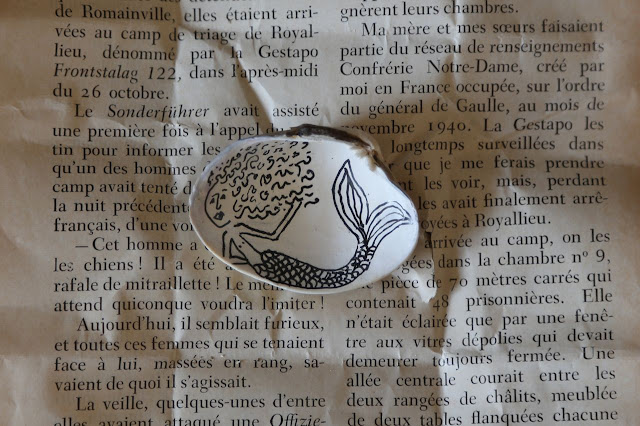 Some weeks ago, my blog pal Elizabeth -- way over on the other side of the planet in California -- wrote that she planned to captain a team for this year's Epilepsy Walk/Run named Team Sophie, after her daughter. Another fellow blogger, Kim from Art in Red Wagons (also, I believe, on the other side of the planet), decided to sell these nifty hand-painted mermaid shells through Etsy to raise money for Elizabeth and Sophie's team.

It arrived yesterday in the mail, in a plain brown wrapping which I opened to reveal this: 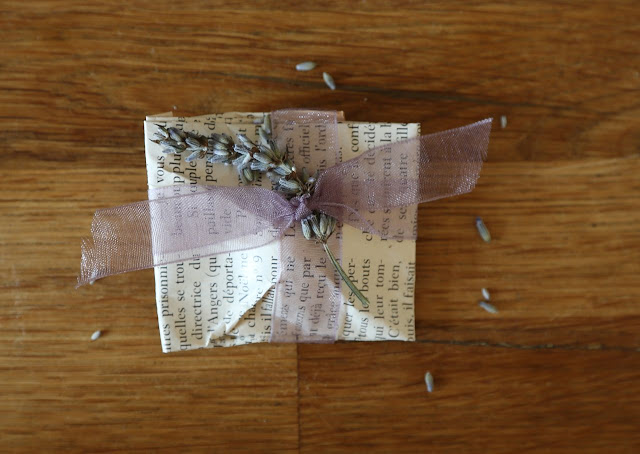 That little parcel of lavender, ribbon and a curious page of French text -- "Selection du Reader's Digest," it says at the top -- protected my mermaid all the way across the ocean. (The Reader's Digest selection appears to be about World War II. I don't know much French, but I could figure out "La Gestapo.")

For each $10 shell, Kim is giving $10 to Team Sophie. Which is about as generous as it gets.

My mermaid has already taken up residence in the shadowbox frame in our hallway, which is inhabited by lots of small treasures I've collected over the years. From there she'll be cheering on Team Sophie, along with the rest of us.
Posted by Steve Reed at 6:13 AM