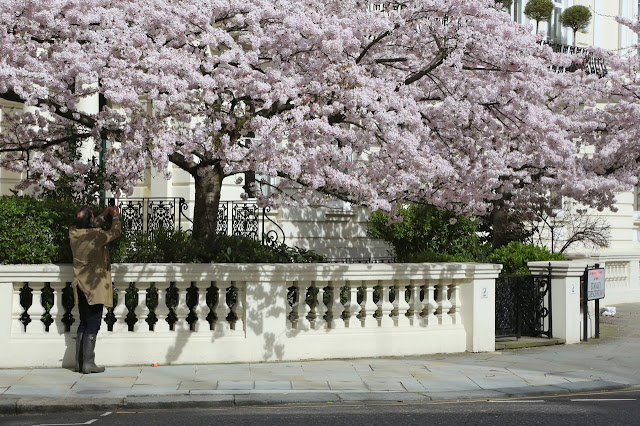 What a dispiriting week! Enough already with the bad news, you know? At least the FBI seems to have settled on a couple of suspects in the Boston bombing -- that's a glimmer of good news, I suppose. Well, good-ish. Slightly good.

Olga and I went for a long walk yesterday through Kensington. She was in rare form, grabbing sticks off the sidewalk and running while chomping them up. More than one person got a good laugh from her antics. We had a fierce rainstorm in the afternoon complete with pellets of hail.

Otherwise, I worked and read. I'm reading "The Golden Notebook" by Doris Lessing, which is supposed to be a classic book about women and their lives and social condition in the mid-1950s. So far, it is slow going. I looked up some reviews online yesterday to see what other people think of it, and everyone seems to laud it, so I'll press on.

I've only read one other Lessing book, "The Grass is Singing," an early novel about a woman living in British colonial Rhodesia, and that was years ago. I remember liking it, and getting a sense of how unbearably hot and dusty Africa seemed to the Brits who settled there. For example, the woman in the book desperately wanted a ceiling in her house, to prevent the heat from radiating inward from the metal roof. What a concept!

We may suffer from questionable weather in England, but not quite like that.

(Photo: Blooming trees means it's time for iPhone photos, yesterday in Notting Hill.)
Posted by Steve Reed at 6:29 AM