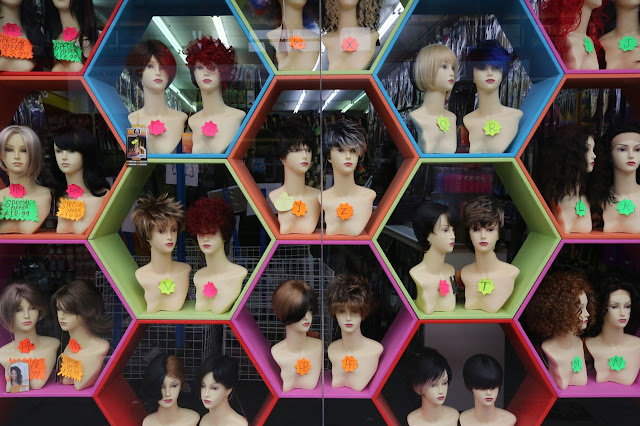 First of all, thanks to those of you who correctly identified the plant on our balcony in yesterday's post. It is indeed a nandina. I have never known what the heck we had growing out there. We have three of them and I love them because they require no care whatsoever. We also have four boxwoods, which I'm less enthusiastic about, but it's very English to have neatly pruned boxwoods sitting around in pots. All these plants were left behind by our landlords. (As I've mentioned before, Dave wants to throw them out and buy our own, but I won't let him. They're perfectly good plants!)

We got our television difficulties sorted out yesterday. I won't bore you with the details, but suffice to say that it involved trips to two different stores in different parts of town. We wound up just exchanging our old TV box for an entirely new one -- free since it was still under warranty and I saved the original receipt! I'm so proud of myself.

Afterwards we went to a pub for lunch and then came home and, well, watched TV. As you might expect.

Olga found a foam rubber Nerf-style soccer ball in the gutter this morning on her walk. She approached it cautiously but once she decided she could play with it, she pounced and tore it to pieces within minutes. It was hilarious to watch, but it took a bit of effort to clean up the foam shrapnel left blowing around on the sidewalk afterwards. She also ate two pieces of discarded broccoli. I normally try to prevent her from eating stuff on the sidewalk, but wanting to eat broccoli is a good thing, right?!

(Photo: A wig shop in Camberwell, last week.)
Posted by Steve Reed at 7:26 AM