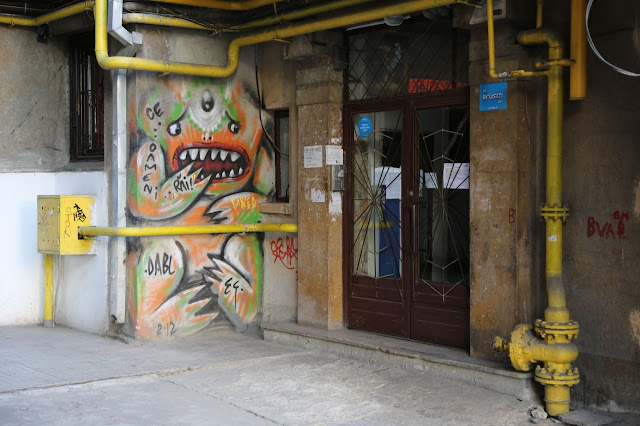 Another day on the hoof yesterday. It was quite an adventure, too. I didn't get lost, exactly -- I knew where I needed to go -- but in this crazy city of diagonal streets and traffic circles, I had some trouble finally getting there!

But I'm getting ahead of myself. 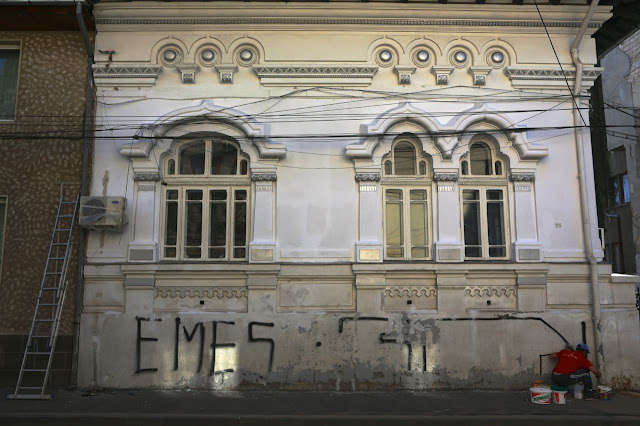 I went out about 8 a.m. and wandered south through the city, and then north again, photographing my usual mix of street art, people and storefronts. My eventual goal was Cismigiu Gardens, a sort of Central Park in Bucharest. 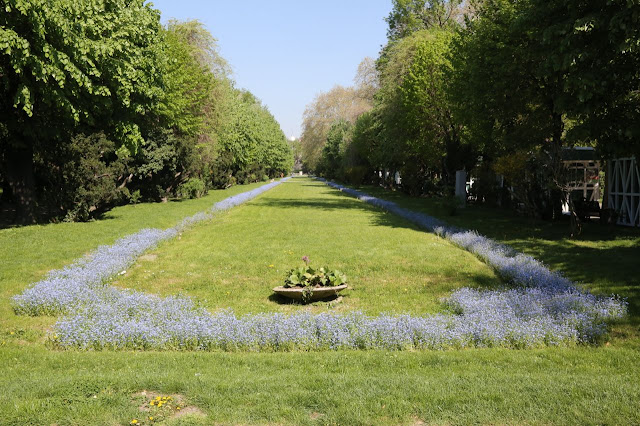 The gardens are a shady oasis, particularly on a hot day like yesterday. Romanians apparently do not share the American obsession with lawns -- while quite beautiful, the grassy expanses of the park were permitted to get shaggy and run to dandelions, rather than being strictly manicured. Which I liked.

There's a big lake in the center of the park, and it was producing the most unearthly noises. I thought they were being made by birds, but then I realized they were coming from the water. And then I saw the culprits. 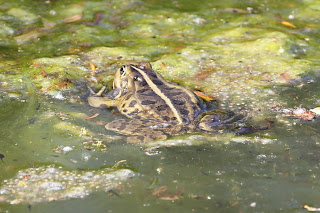 Yes, I am such a city boy that I can no longer recognize the sound of a frog. Depressing, really. There were tons of them, and about a bazillion tadpoles, which was uplifting and encouraging. A healthy new generation!

On an outdoor terrace in the park I had an inexpensive lunch of poached eggs and polenta, which is a common Romanian staple. (It's basically grits. I had a good ol' Southern meal!)

Then I walked over to the river to see the Opera House and Casa Radio, a gigantic ruin of a building that was built under the Communists but apparently never occupied. And then I headed back to my hotel, except...

I hit construction. As in, road construction. Which fouled up even my pedestrian instincts. Pretty soon I was far north of where I wanted to be, and only an hour or so of zig-zagging beneath a hot sun brought me back to the hotel. Whew! 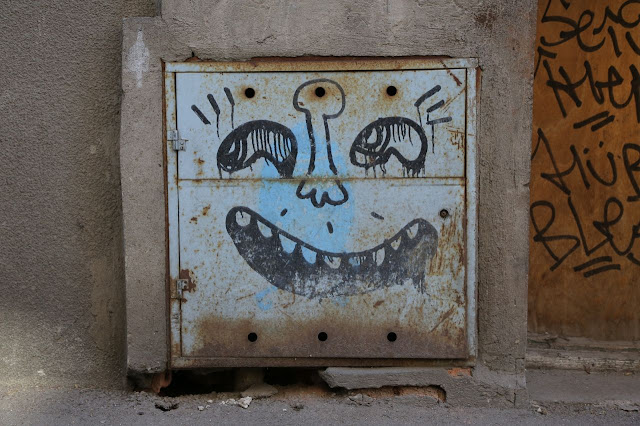 Last night we went to a wild restaurant with live music. A jazz quintet, in fact, playing standards like "Stardust" and "Caravan," at least at the beginning. Pretty soon it turned into a sort of Romanian Lawrence Welk show, with various guest singers and folk dancers, and the table of Romanians behind us got really into it, dancing in the aisles. Pretty soon we were all in a conga line around the room. I loved that place.

By the way, sorry for not keeping up with everyone else's blogs. I have very little computer time here, since I'm using Dave's laptop and he has a lot of pesky actual work to do. I'll catch up with you all after I get back home tomorrow.
Posted by Steve Reed at 4:45 AM