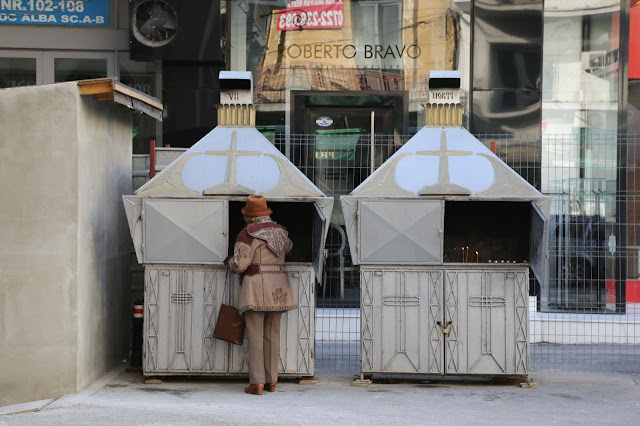 Today's post will be mostly pictorial, because if you're like me before I got here, Bucharest is probably a bit of a mystery to you. Here's what it looks like. 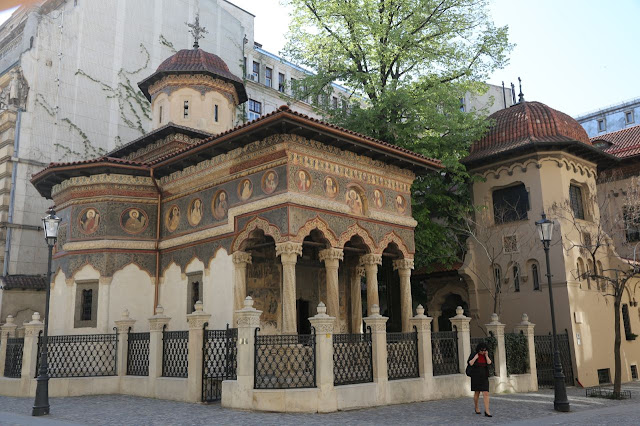 Lots of little Orthodox churches are tucked amid the tightly packed buildings in the older parts of the city. Sometimes they have small outdoor altars where visitors can light a candle, as in the top photo. 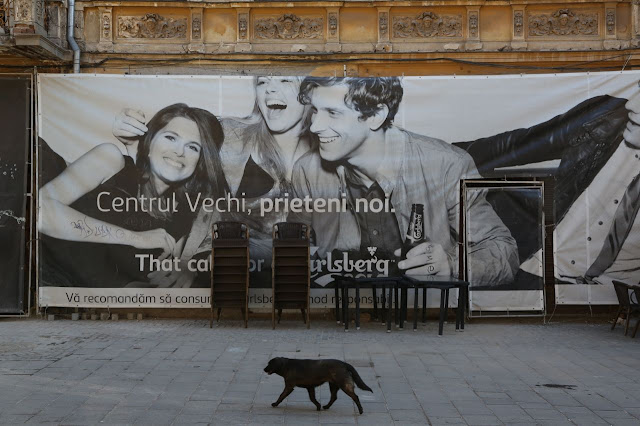 There are quite a few stray dogs wandering around. My guidebook says this is the result of Communist-era policies decades ago that forced people to move into large apartment blocks. Unable to keep their pets, they turned the dogs out onto the streets. I've seen tags in the ears of some dogs, so apparently there is some kind of tracking or veterinary care program for them. 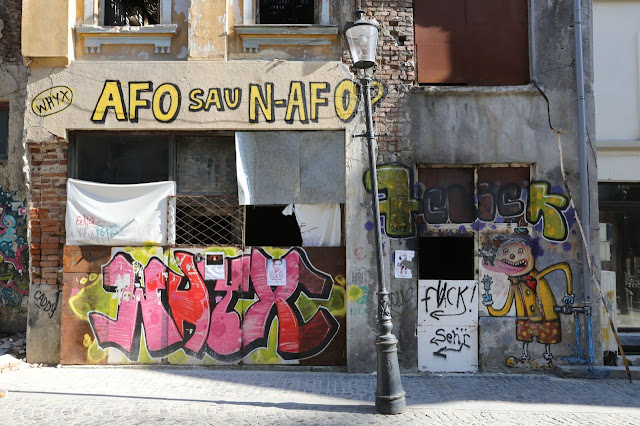 There's a crazy amount of graffiti and street art to keep me busy with the camera! 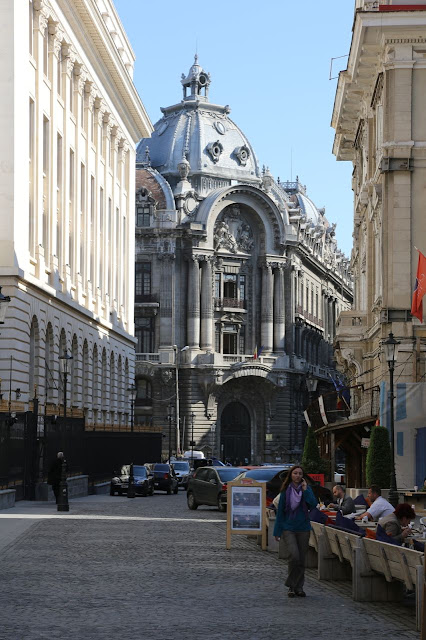 A street view in the older, cobblestoned part of town. I love how elegant old buildings appear around every corner, tucked amid the newer ones. 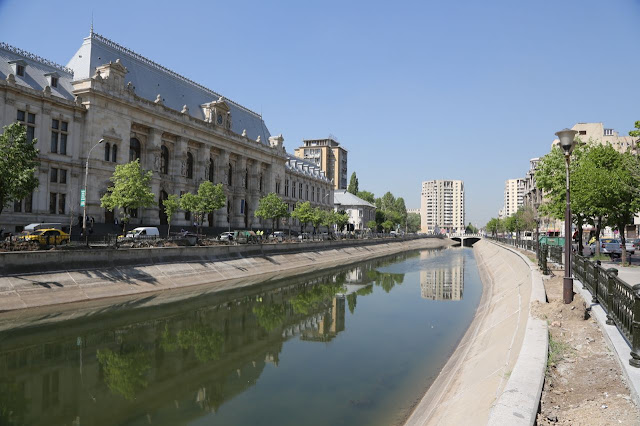 Here's the River Dambovita, which runs through town. It was channelized years ago, and even flows underground for some distance. 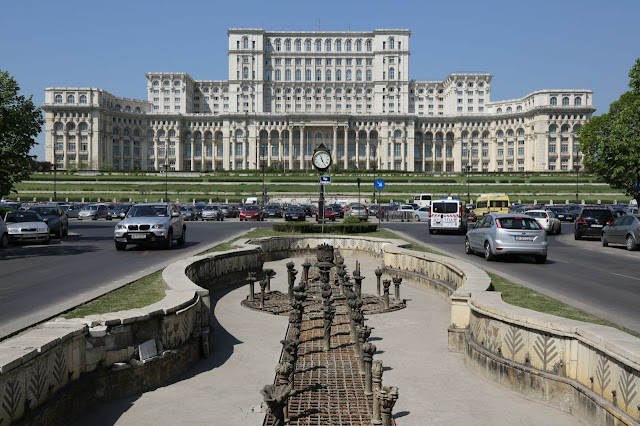 And finally, here's the Palace of Parliament, built in the waning days of the dictatorship of Nicolae Ceausescu, just before he was overthrown in the revolution that ended communism in 1989. It's said to be the second-largest government building in the world after -- you guessed it -- the Pentagon. Apparently large portions of it aren't even in use. It's quite imposing, though.

I walked and walked yesterday, with more of the same today. I am in my element and having a ball. Reading my guidebook I realize how little I know about the history of this part of the world -- Magyars, Dacians, Thracians, Wallachians, it's all a vague jumble to me. It's great to be able to sit in a cafe, drink a Timisoreana beer, and learn about it all in the midst of modern-day Romania. 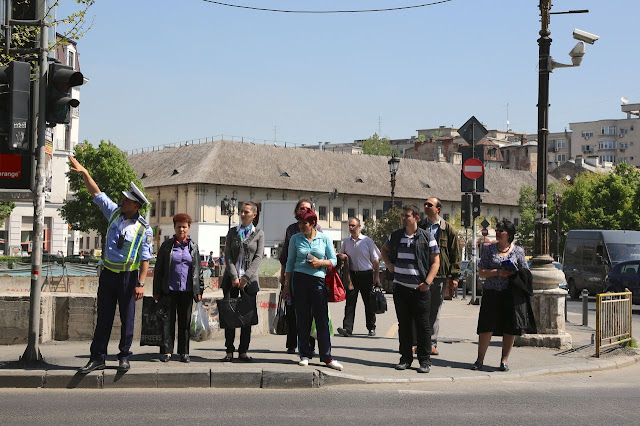 Lots more wandering is on the agenda today!
Posted by Steve Reed at 4:26 AM