Dreaming in the Balcony 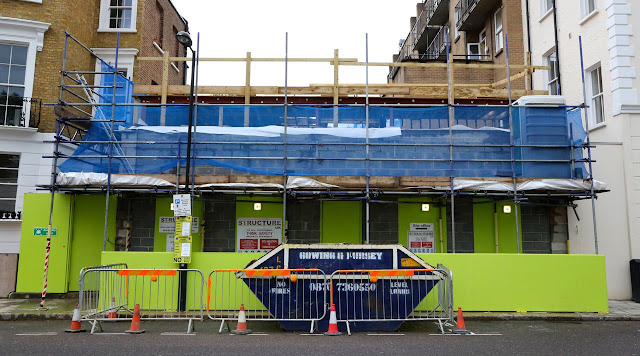 Thanks for the good wishes for my second job interview. As far as I can tell it went well, so we'll see what happens from here! You will certainly be kept posted.

Last night one of Dave's former students from Michigan, who is now a professional trumpet player, came to school to give a concert. (He's working with Dave's students all week.) It was a terrific performance, including pieces by Prokofiev, Scriabin and Debussy, and I sat up in a balcony trying to discreetly take some photos for the school web site. I was paranoid about the clap-clap noise from my camera shutter, but I asked a couple of people afterwards and no one heard it, so that's a relief. We all capped the night with dinner at the local pub.

As I sat up in the dark balcony listening to the Debussy piece, I thought about a trip I took to visit my grandmother in Hyattsville, Md., in 1978, when I was almost 12. (I went by myself, flying alone, which was pretty exciting!) One day, probably to give me something to do, Grandmother took me to the local library, and I checked out a book called "Claude Debussy: Master of Dreams." I'm not sure why I chose that book. My grandmother was a pianist, and I suspect that's how we wound up in the vicinity of the music shelves. I remember ultimately being disappointed, because I'd thought it was literally about some guy who mastered dreams and dreaming -- not some boring old musician! I don't think I read a single word. But the episode did teach me who Debussy was, which goes to show that even the mere act of going to the library can be educational.

Speaking of books, the one I'm reading now, "A Garden of Sand" by Earl Thompson, is turning out to be kind of gross. Thompson is a good writer, but this book about his midwestern upbringing is full of so many unsavory characters -- prostitutes and pimps, wife-beaters, deadbeats, drunks -- that it makes me want to take a shower. I remember as a teenager bringing home a copy of Erskine Caldwell's "Tobacco Road," which is populated by similar characters, and my mom saying, "That is a yucky book." That's exactly how I feel about "A Garden of Sand." Sordid is the word I would use. It's written well, though, I'll give it that.

(Photography: Construction in Notting Hill.)
Posted by Steve Reed at 7:34 AM