A Day in East London 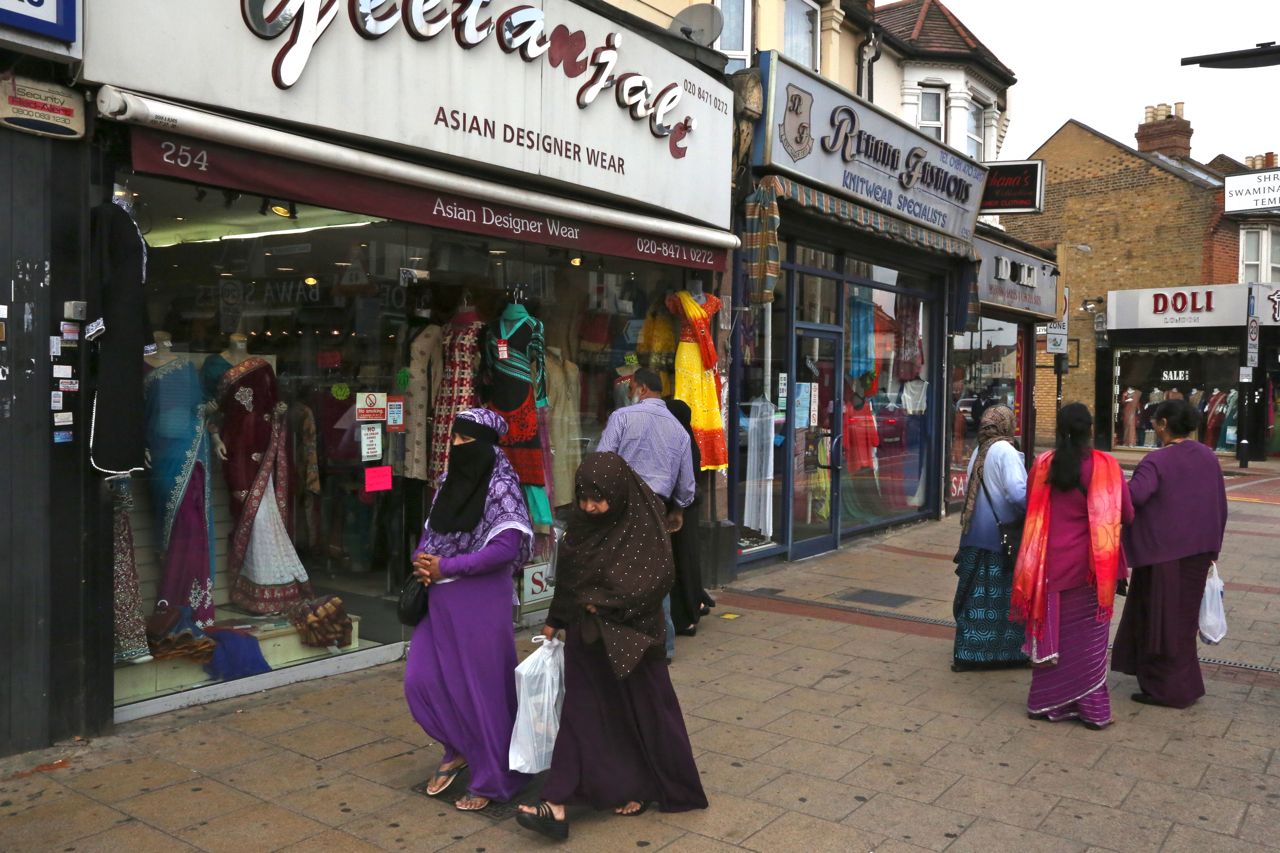 This weekend has gone by in a flash! I spent yesterday in East London, mostly around Upton Park and Forest Gate. It's a predominantly South Asian area, with women fluttering like brilliant tropical birds and men in pristine white robes and caps.

I chose this area for a walk because it had not yet been covered for Bleeding London. I photographed 65 streets, nearly all in the E7 and E12 postcodes. 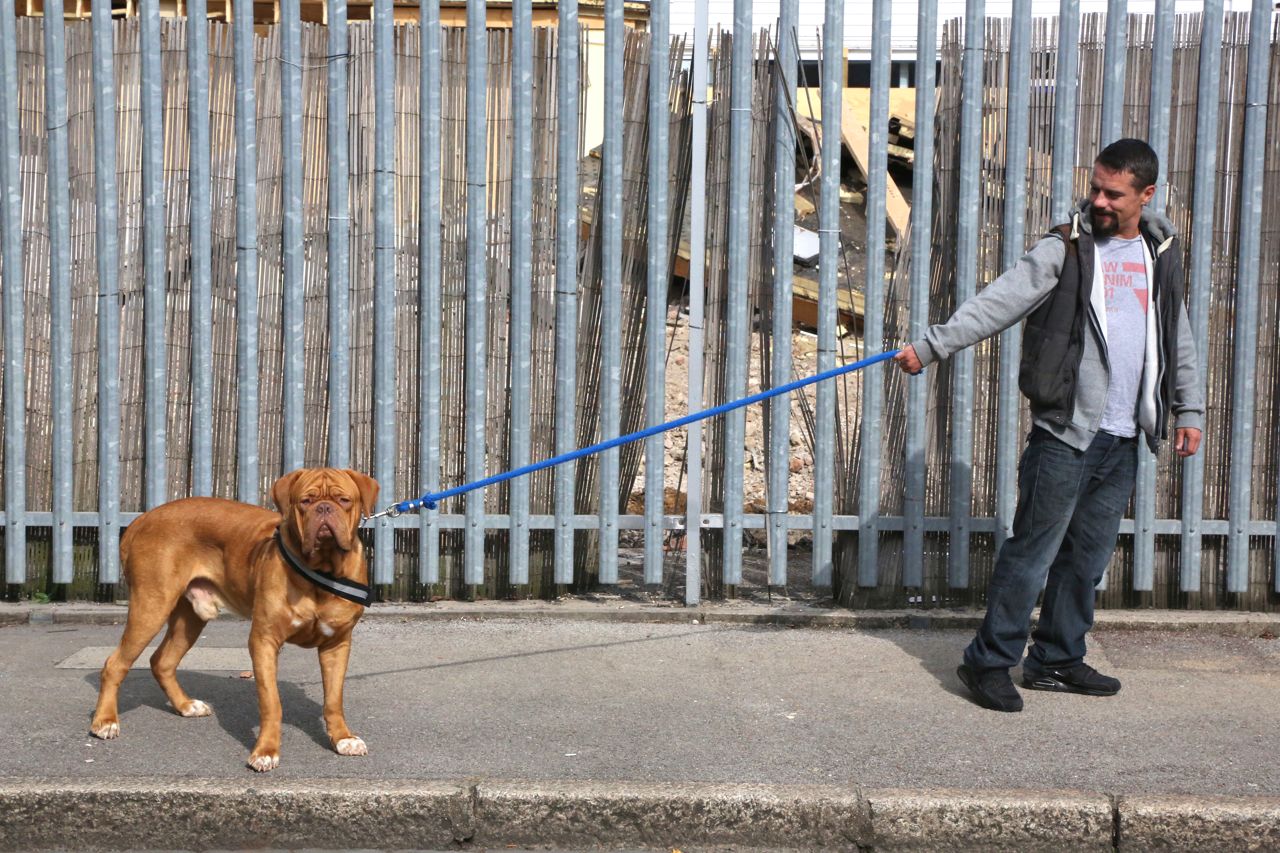 I found another French Mastiff, out for his walk! 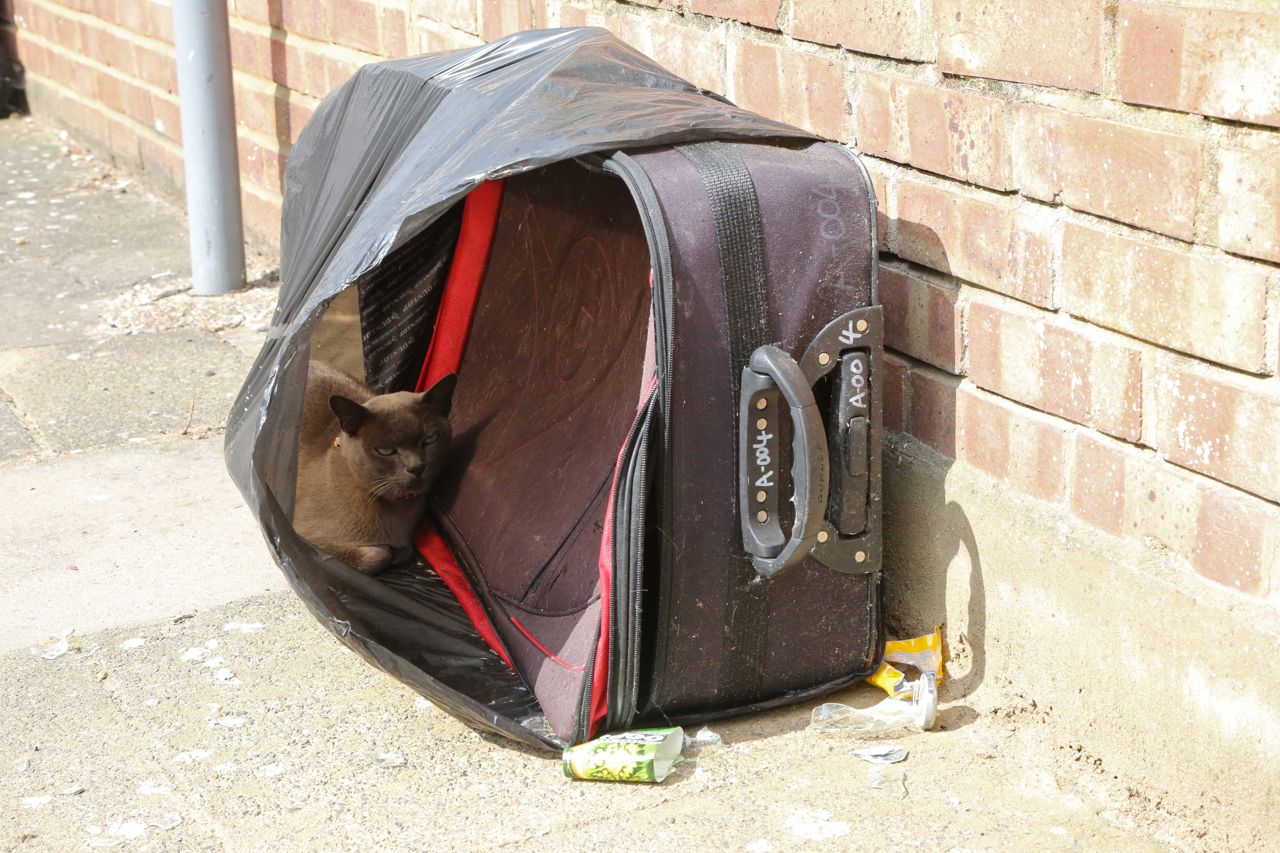 I glanced inside this plastic garbage bag, containing an old suitcase, and was surprised to find someone's cat! It must have been awfully warm in there, sitting in full sun, but she didn't seem to mind. She came out after I took the picture. I advised her that probably wasn't the safest place to hang out and she promised not to go back in. 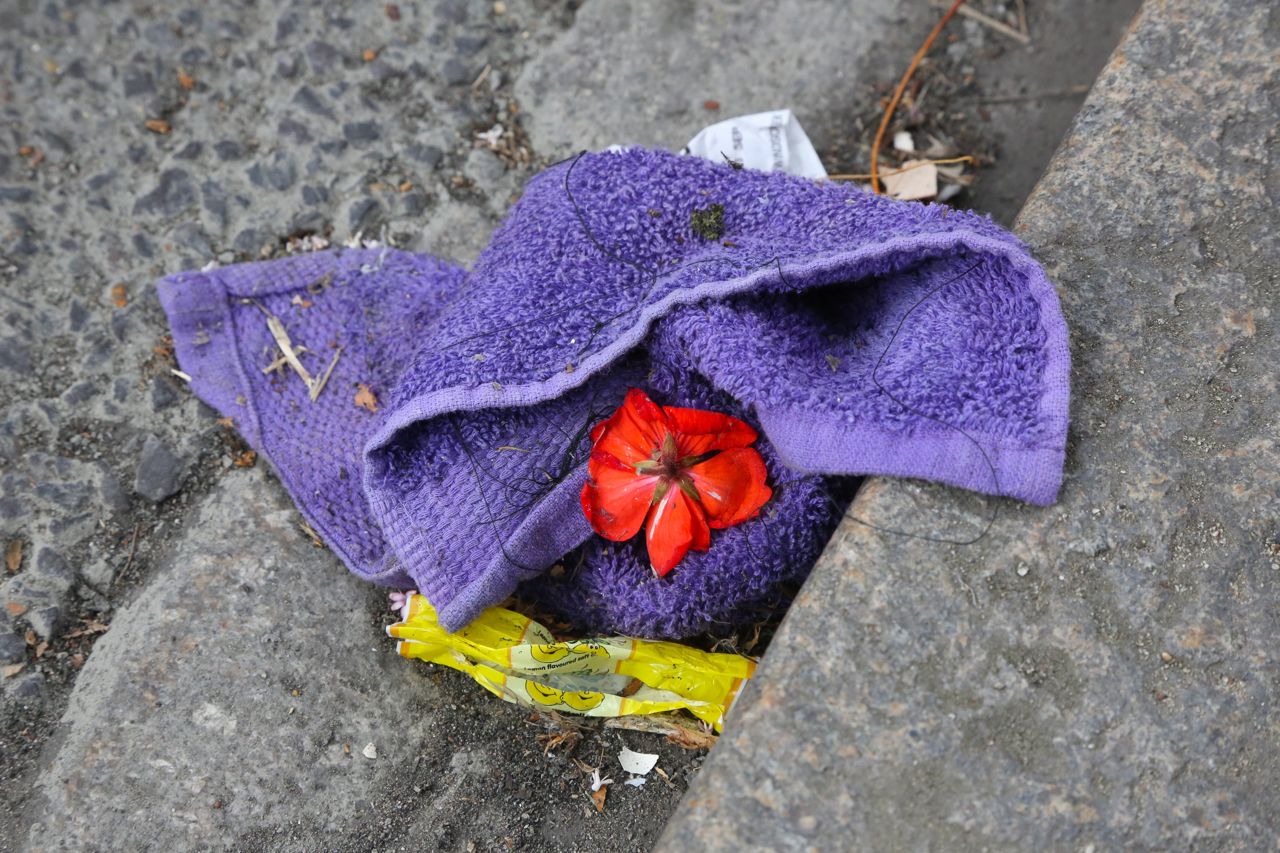 Even trash in the gutter was colorful. 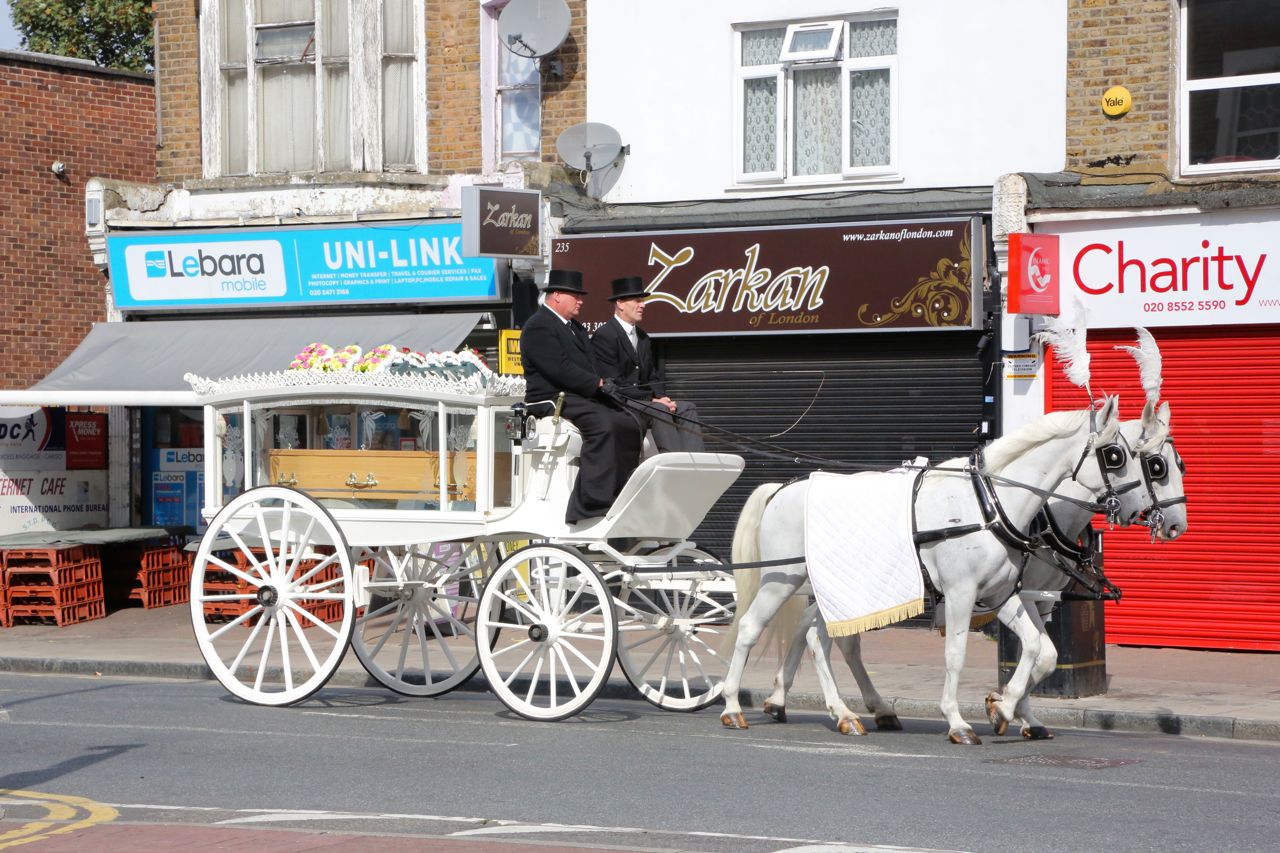 I also happened onto a funeral procession. It reminded me of the horse-drawn carriage that came for the funeral of one of our neighbors back in Notting Hill, a couple of years ago. 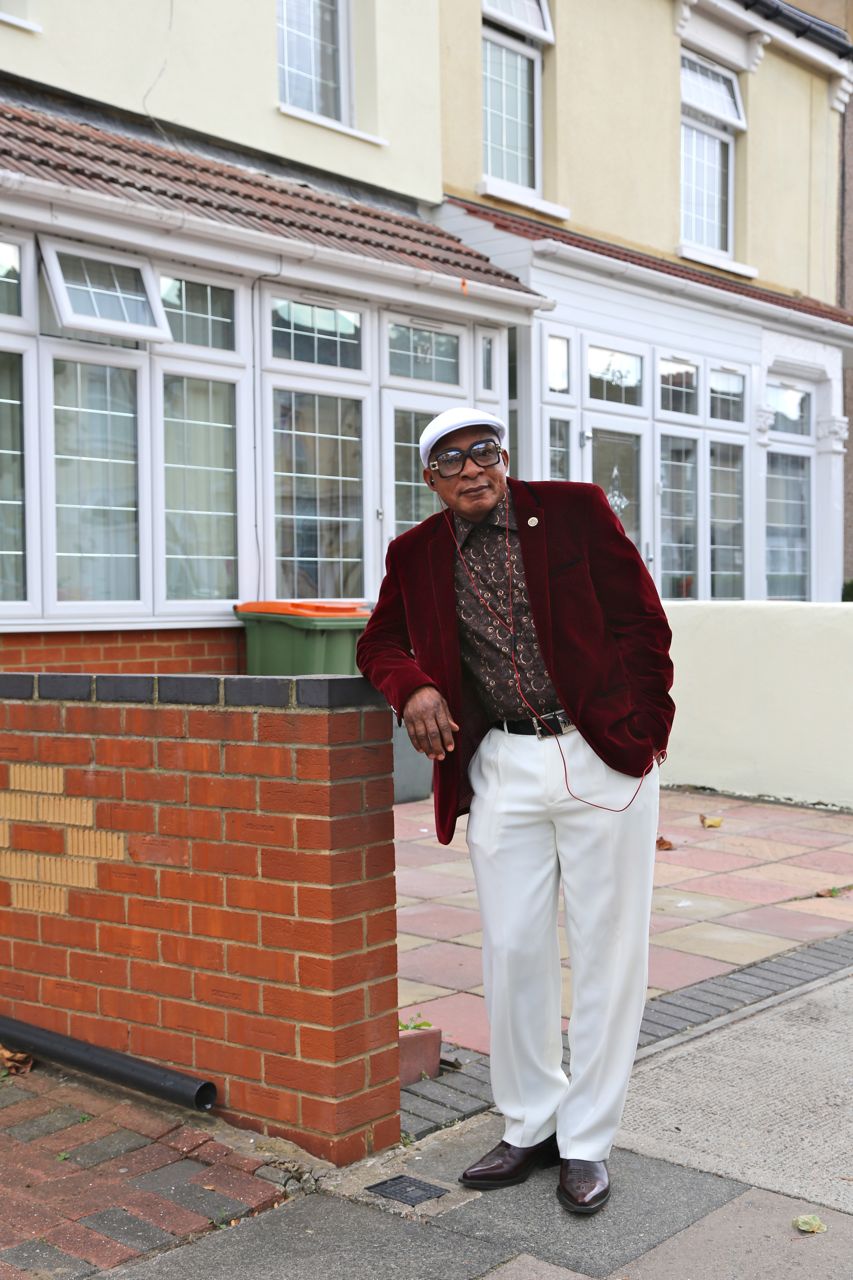 I asked a couple of people for portraits, with varying degrees of success. Francis (above) complied. He was so dressed up I figured he'd go for it. He only asked that I e-mail him copies of the pictures, which I did last night. He seemed amused that his photo would represent his entire street in Bleeding London!

There were many, many more photos -- it was a very productive day!
Posted by Steve Reed at 6:38 AM