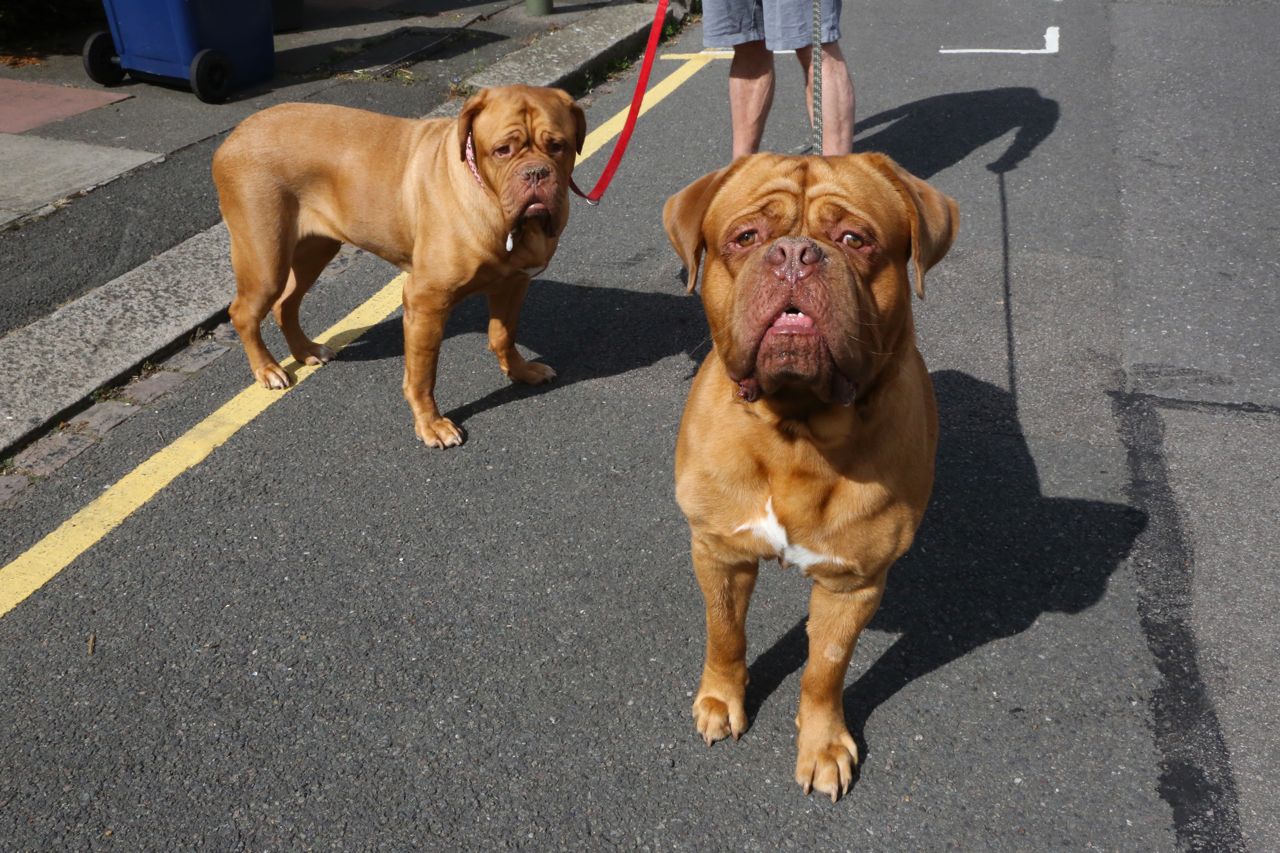 I was walking in a quiet residential area near Golders Green more than a week ago when I passed this guy and his two magnificent French mastiffs. I was initially feeling shy about asking for a picture -- probably intimidated by the dogs! -- but seeing my camera, he said to me, "Don't you want a picture of my dogs?" I said, "Actually, I do!"

So there you have it. I wish I'd asked their names. I'm a bad reporter.

When I mentioned the seasons changing yesterday, I meant to point out that the blackberries are also coming to an end -- another harbinger of fall. We still have some purply-red ones on our backyard vine, but they've been red for weeks, and I suspect they'll never ripen. The berries in Hampstead Heath are looking a bit shriveled and seedy. A coworker told me she went berry picking on the Heath for a couple of hours on Sunday, and I was impressed she could find that many palatable ones. (Apparently the berries in the shady spots are still good.) She took them home and made a pie.

I read a fascinating article yesterday in The New Yorker about radical feminists and their refusal to accept transgender women as women. The feminists say that because transgender women were born as men, they enjoyed the privileges and benefits of being male and thus never suffered through girlhood and young womanhood at the hands of the oppressive patriarchy. (Apparently suffering through gender dysphoria and associated discrimination by the oppressive patriarchy isn't an analogous experience.) This stance has landed them in hot water, with many venues refusing to accommodate them for meetings and conferences.

Needless to say, I come down squarely on the side of the transgender women in this debate, despite my own pro-feminist beliefs. There are always people, in any debate, who take things too far. The "radfems" fall into that camp, I'd say. (They don't want my support anyway, I'm sure.)

People can find so many ways to draw lines and create tribes, can't they? 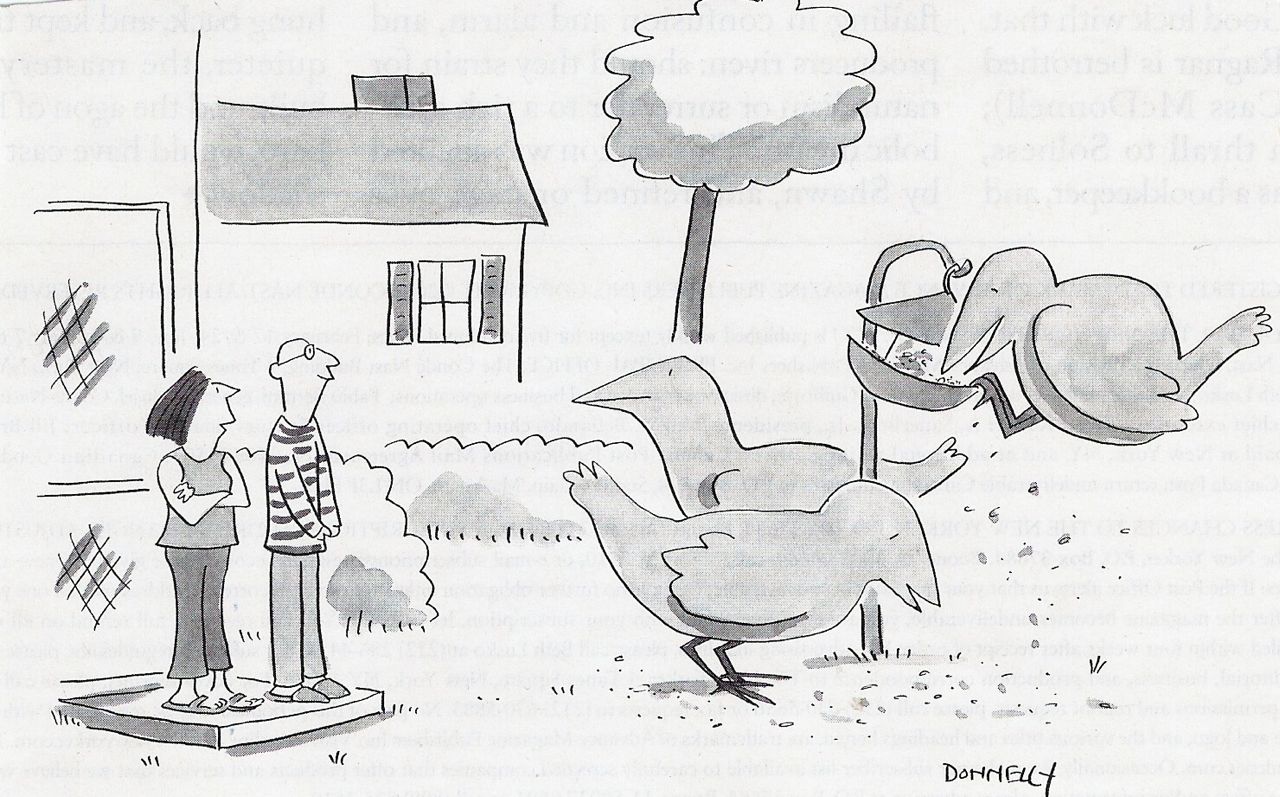 In trying to power through a small stack of accumulated New Yorkers, I also came across this cartoon, which reminded me so much of our own recent back yard experiences I had to laugh. It's part of the magazine's captioning contest and as such doesn't have a caption yet. How about, "I told you not to buy that birdseed from Monsanto!" (Apparently there's also a huge article about GMO food in one of these New Yorkers, as alluded to recently by fellow blogger Ms. Moon. I haven't tackled that one yet.)
Posted by Steve Reed at 6:29 AM