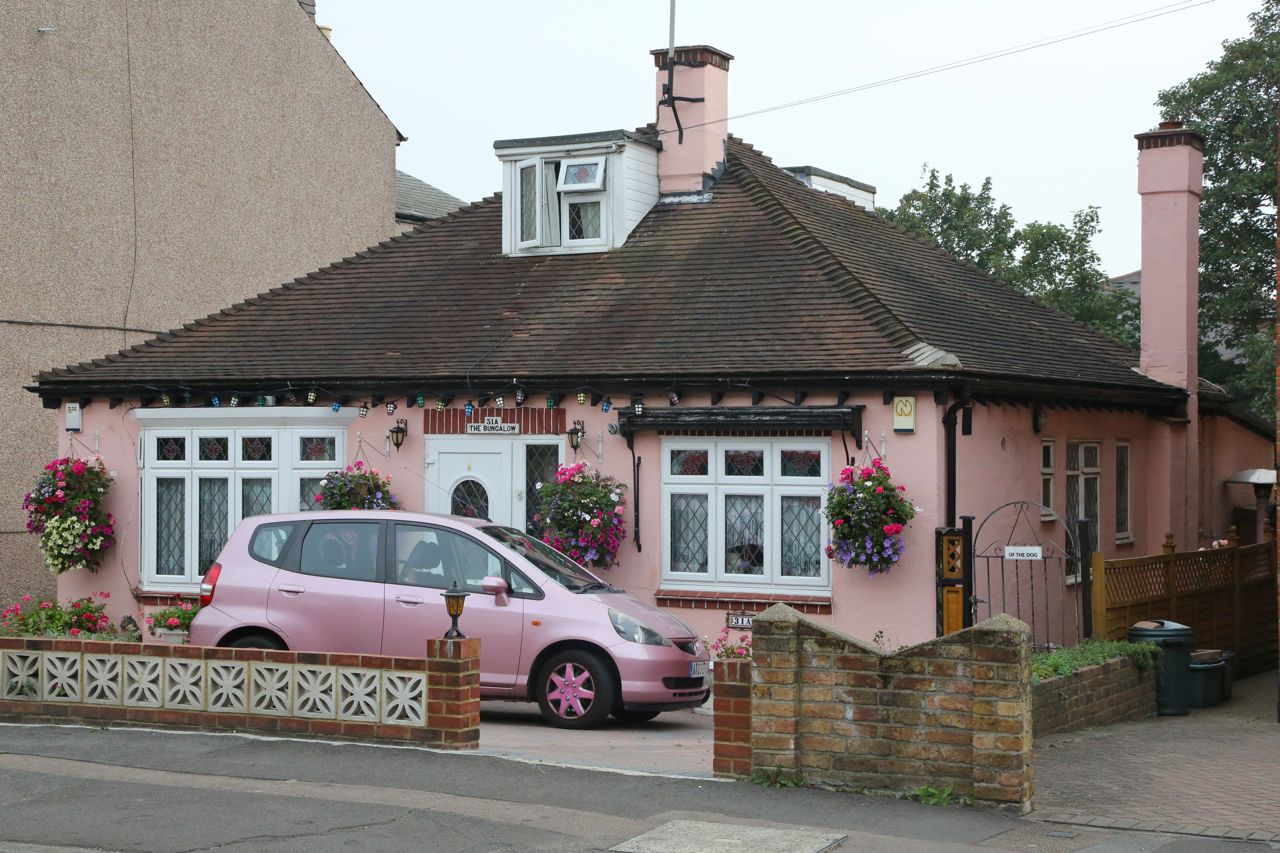 Yesterday I was back in East London, photographing near the South Woodford tube station -- not far from where I was last weekend, actually. A group of us met and covered pretty much the entire E18 postcode for Bleeding London.

This pink house was one of my finds. When John Mellencamp sang about "little pink houses" with an "interstate running through (the) front yard," he made it sound like a bad thing -- but this little house, within just a few steps of the A406, part of the inner circular freeway that runs around Central London, is pretty great. You gotta love the pink car with the pink hubcaps.

I photographed my assigned area within E18 and met everyone for lunch ( coffee with a cheese and pickle sandwich -- the British equivalent of a PB&J -- at an economical £4). Then I kept walking northward to where I was last weekend, thus knitting together the two areas -- which for some reason made sense to me. It gave me a sense of neatness, of completion.

I've had several people come out of the woodwork lately to tell me they've read something or other on my blog. It's great to hear people are reading -- and it's a useful reminder that, yeah, all this stuff is going on the Internet for worldwide consumption. Sometimes I forget that I'm not just speaking to my little group of regular readers! (Yikes, what have I said recently?!)
Posted by Steve Reed at 6:39 AM