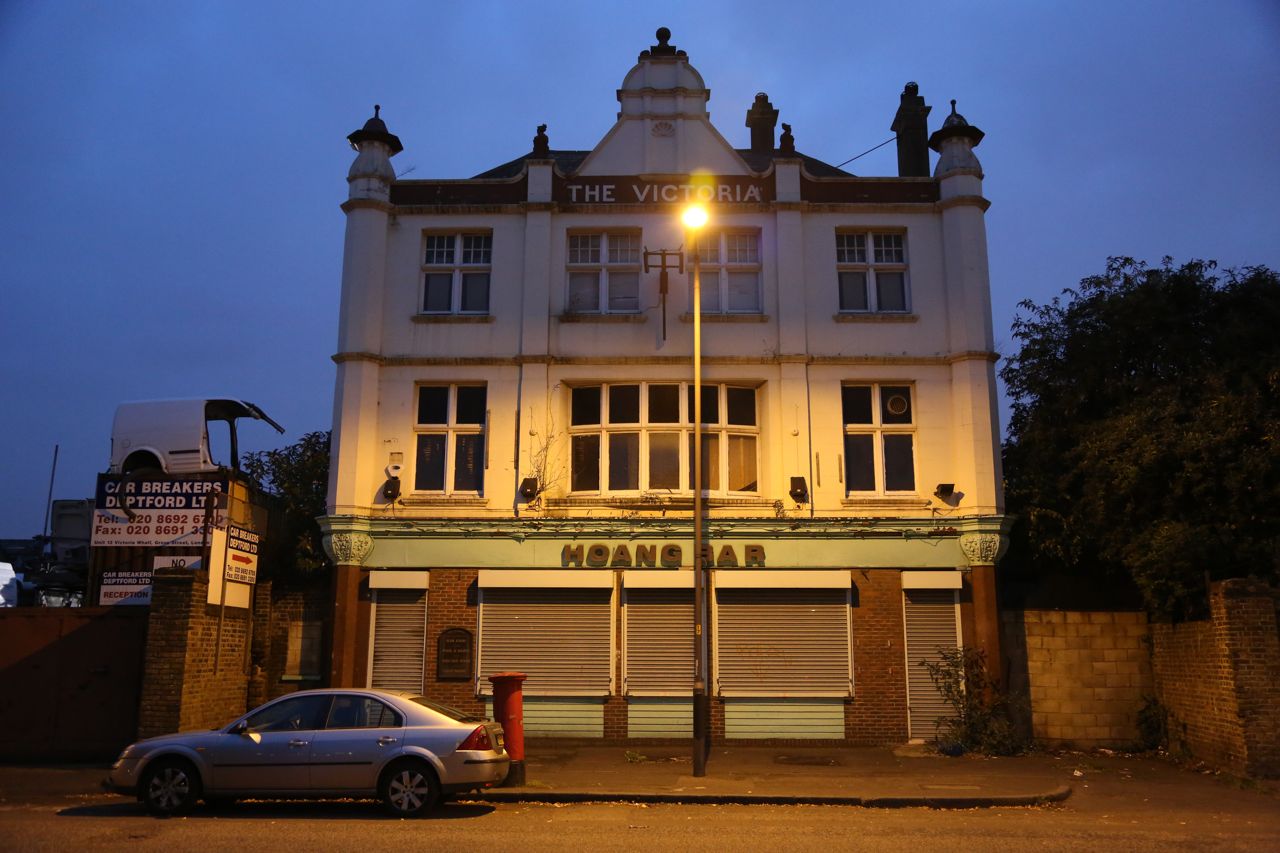 Yesterday evening I met up with some of the Bleeding London photographers for a wander through Deptford, in Southeast London. It's an area I rarely visit, though I was down there a couple of years ago shooting storefronts. It's an intriguing neighborhood.

On this trip, I initially went to a council estate where I found lots of blocky Stalinist architecture -- albeit in appealing pastel colors -- and the usual suburban fare. 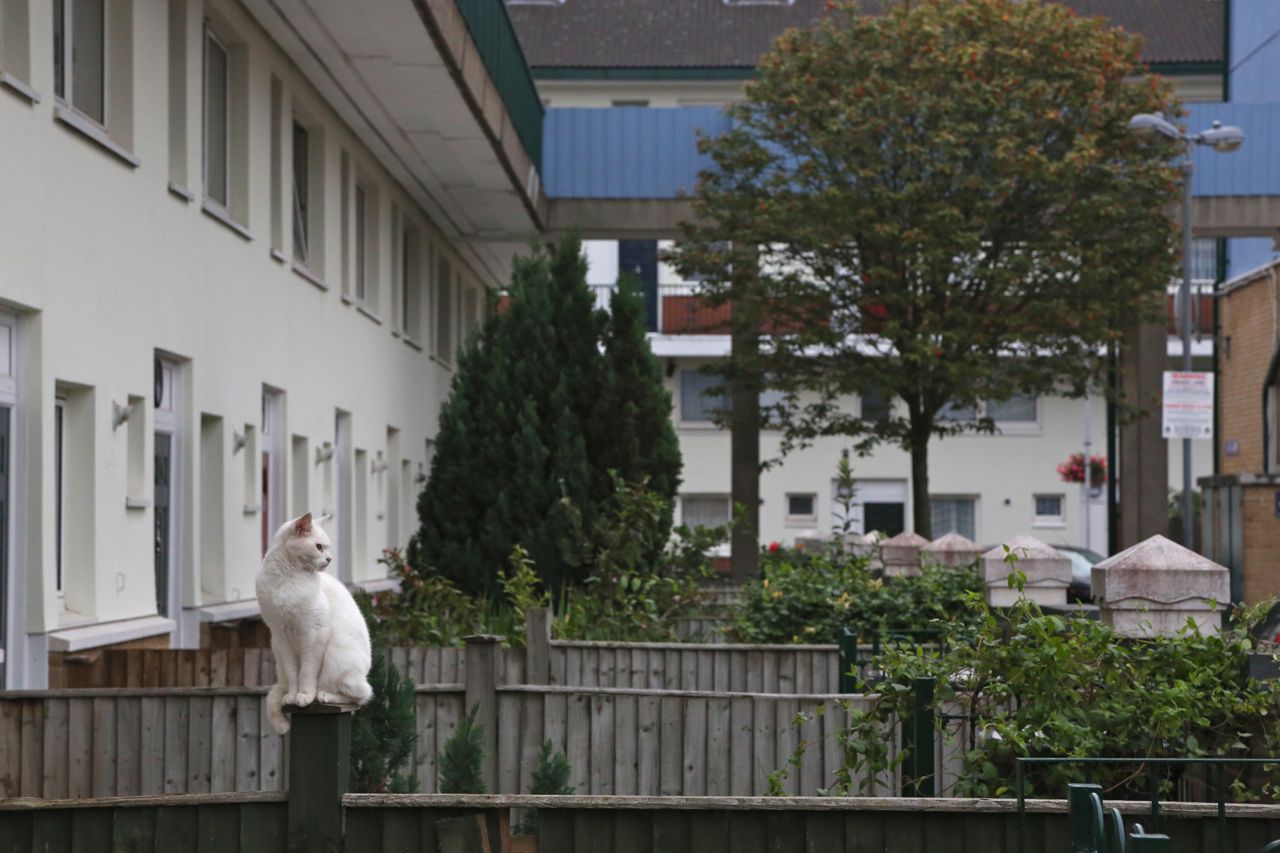 I actually resisted photographing the cats -- I am on cat overload -- but this one was posed so perfectly I couldn't pass it up!

After finishing my assigned territory I tried to reunite with the group but got trapped in a maze of construction-blocked streets. Weirdly I ran into another Bleeding London photographer, also trapped in the same vortex of council estate alleyways, and eventually we found our way back to the main group. (I make it sound like there were loads of us -- there were actually five.)

We all walked toward the Thames, and as the sun set I got some night shots like the bar in the top picture. I love that lighting! I wrestled with whether I should color-correct the photos that I took beneath streetlights, which cast a bright yellow light over everything. In the end I left them alone, figuring the odd lighting would help the viewer realize they're night shots. (When you can't see the sky, it's not always easy to tell.)

So, anyway, three of us stopped off at a pub for a pint before catching the train. I belatedly realized that I never ate dinner, so when I got home, I grabbed a peanut butter sandwich, an apple and an ice cream bar. After Dave and I shared stories of our day and he settled in to watch "Star Trek: The Next Generation," I edited and uploaded all my photos, and wound up going to bed around midnight, which is ridiculously late for me.

Hence, the hangover. Which isn't really a hangover -- just a bit of fatigue. Today, I am once again resting my eyes!
Posted by Steve Reed at 6:41 AM