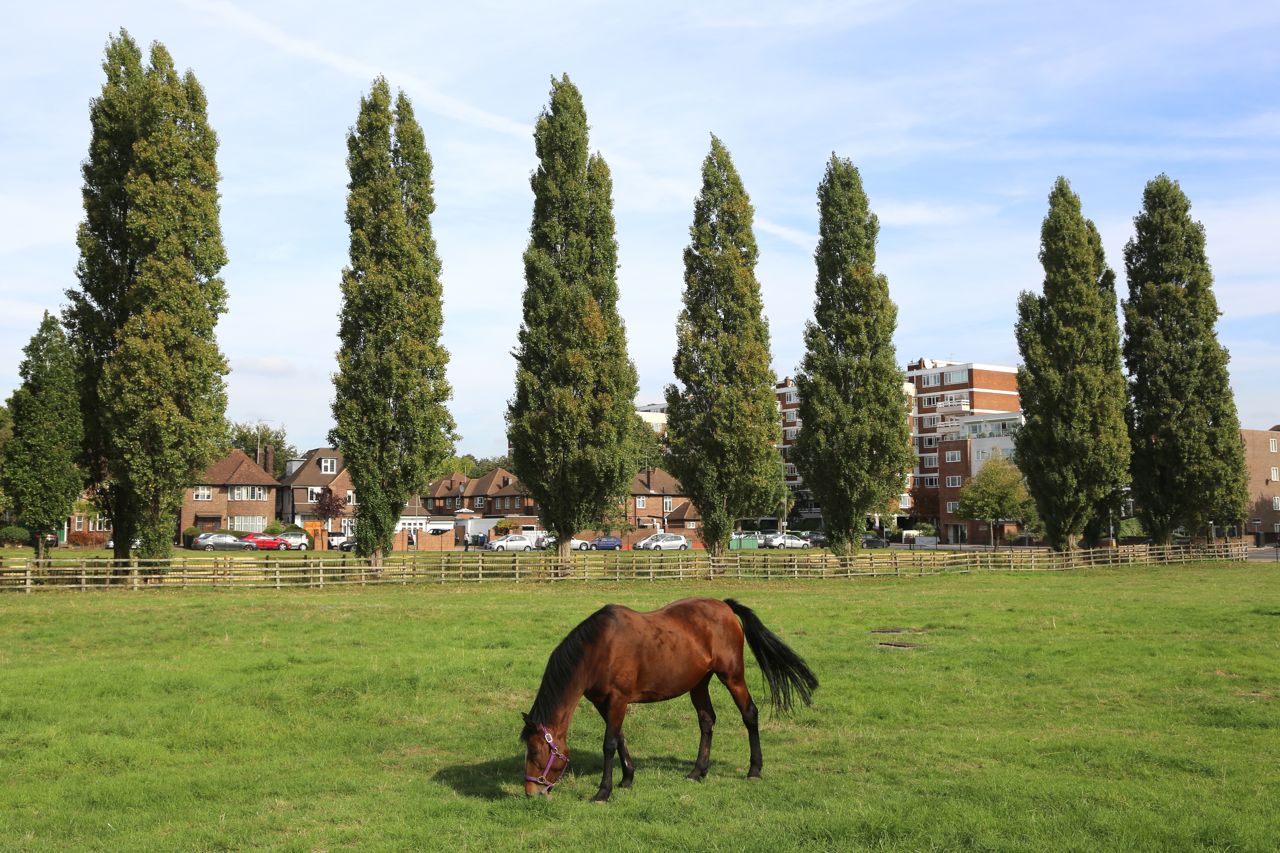 Another full day out and about yesterday. I took my camera back up to the NW4 postcode, in Hendon, and photographed about 50 streets in that area before crossing over into N3, Finchley, where I found this horse in a surprisingly pastoral setting. London is full of surprises!

I met a man in Finchley who asked what I was up to, and he directed me to a few local landmarks, such as the "La Délivrance" statue by Emile Guillaume, known locally as "The Naked Lady." 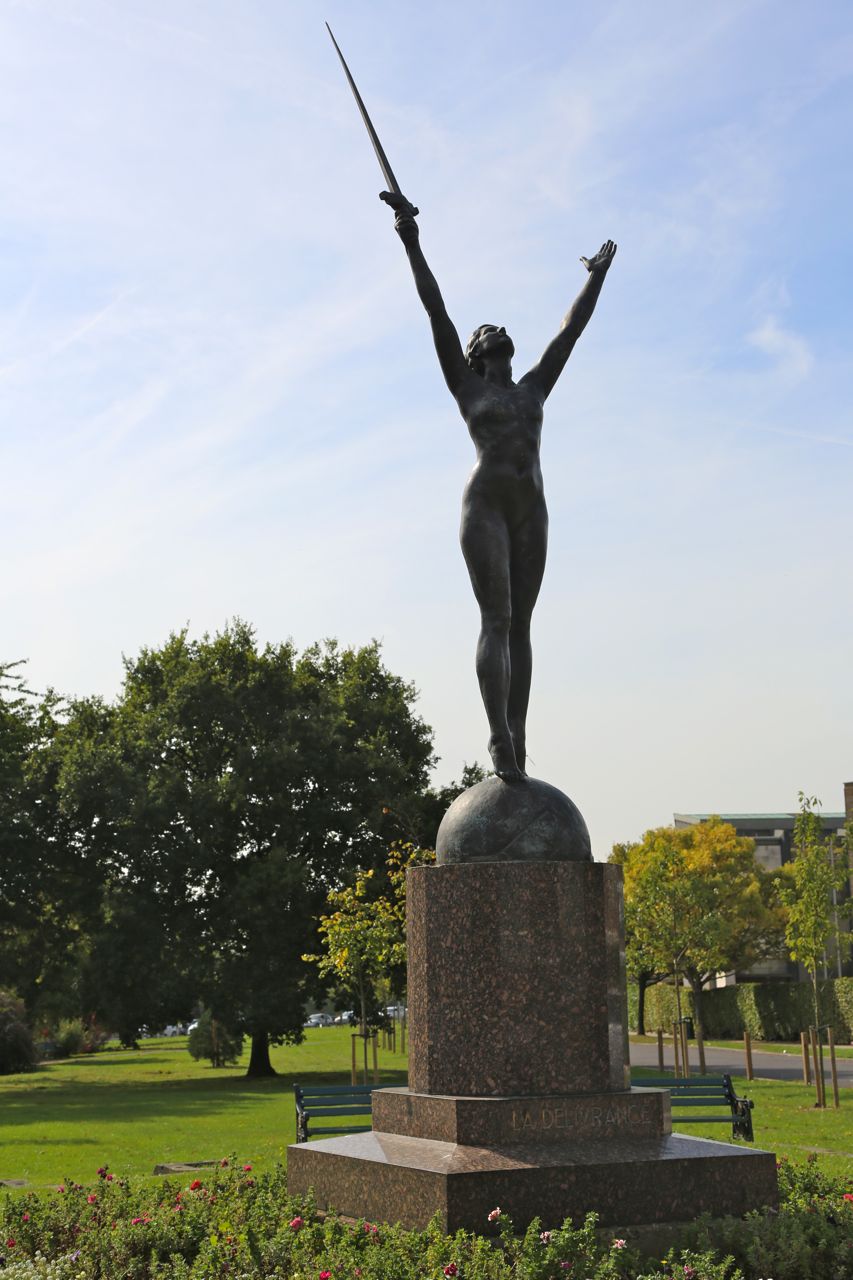 With a sword, no less.

She is an allegorical representation of the victory of France and its allies in World War I, and was unveiled in Finchley in 1927. My helpful impromptu guide also reminded me that Finchley was the parliamentary constituency of Margaret Thatcher.

So thanks, Finchley voters -- said with no enthusiasm whatsoever.

It was a good day out, and a long one. I got home about 4 p.m. and spent the next couple of hours editing photos and uploading them to the Bleeding London web site. I shot 79 streets altogether. Dave keeps saying I should be paid for this -- but I really do enjoy it. Would I have ever seen Finchley otherwise? Doubtful.
Posted by Steve Reed at 6:43 AM