Olga Gets a Long, Long Walk 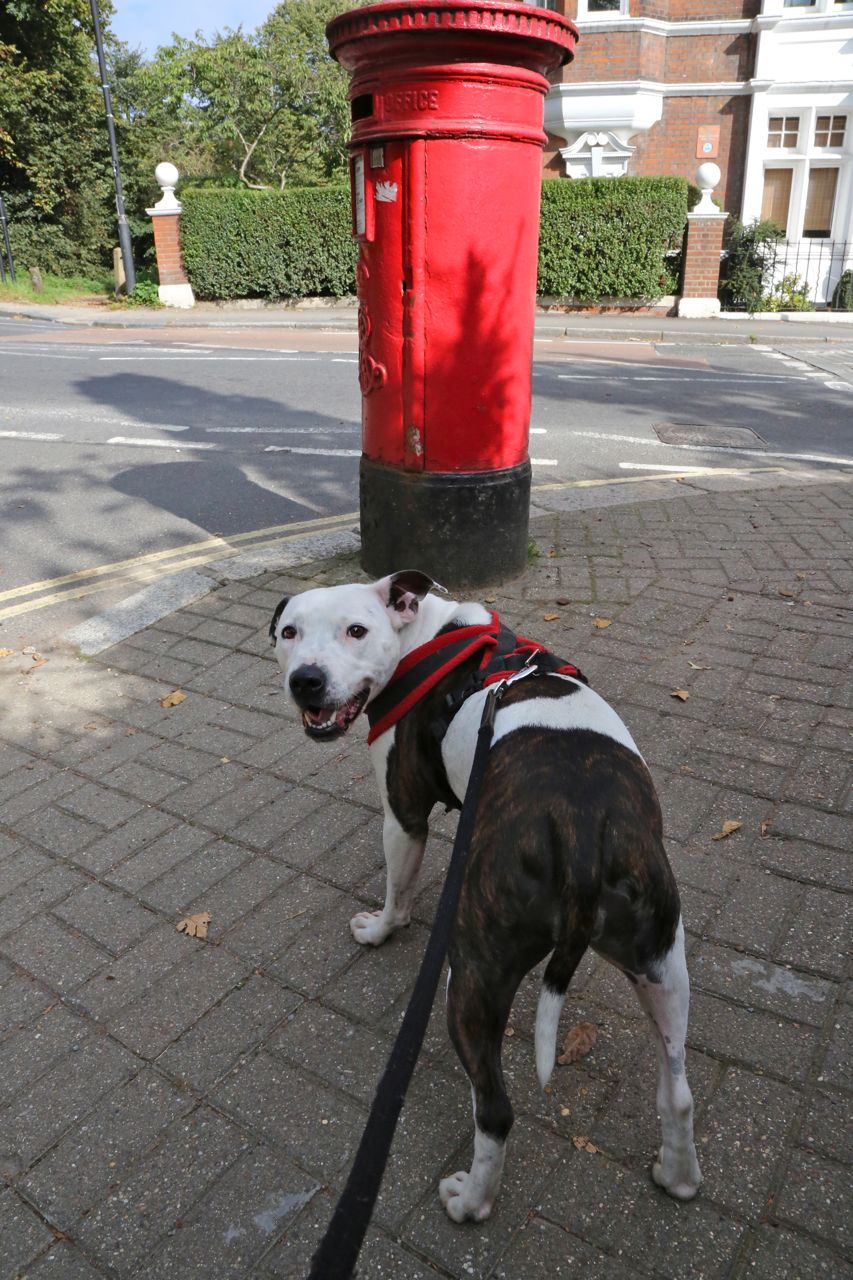 Yesterday I relieved my dog-owner guilt tenfold. I took Olga with me on a photography walk through Hampstead -- first I took her to the Heath, where she ran free and chased her Kong and wore herself out, and then we walked several streets on the south and southwest sides of the Heath for Bleeding London.

We were out for at least three hours, and we'd been out more than an hour earlier that morning in another area northwest of where we live, so all in all Olga got in some serious walking yesterday. Which is why she's been asleep ever since.

Is it possible to walk a dog too much?

Anyway, as you can see, she was happy to come along, and she never showed any desire to go home. I got some good shots to boot, so all in all, a good day. 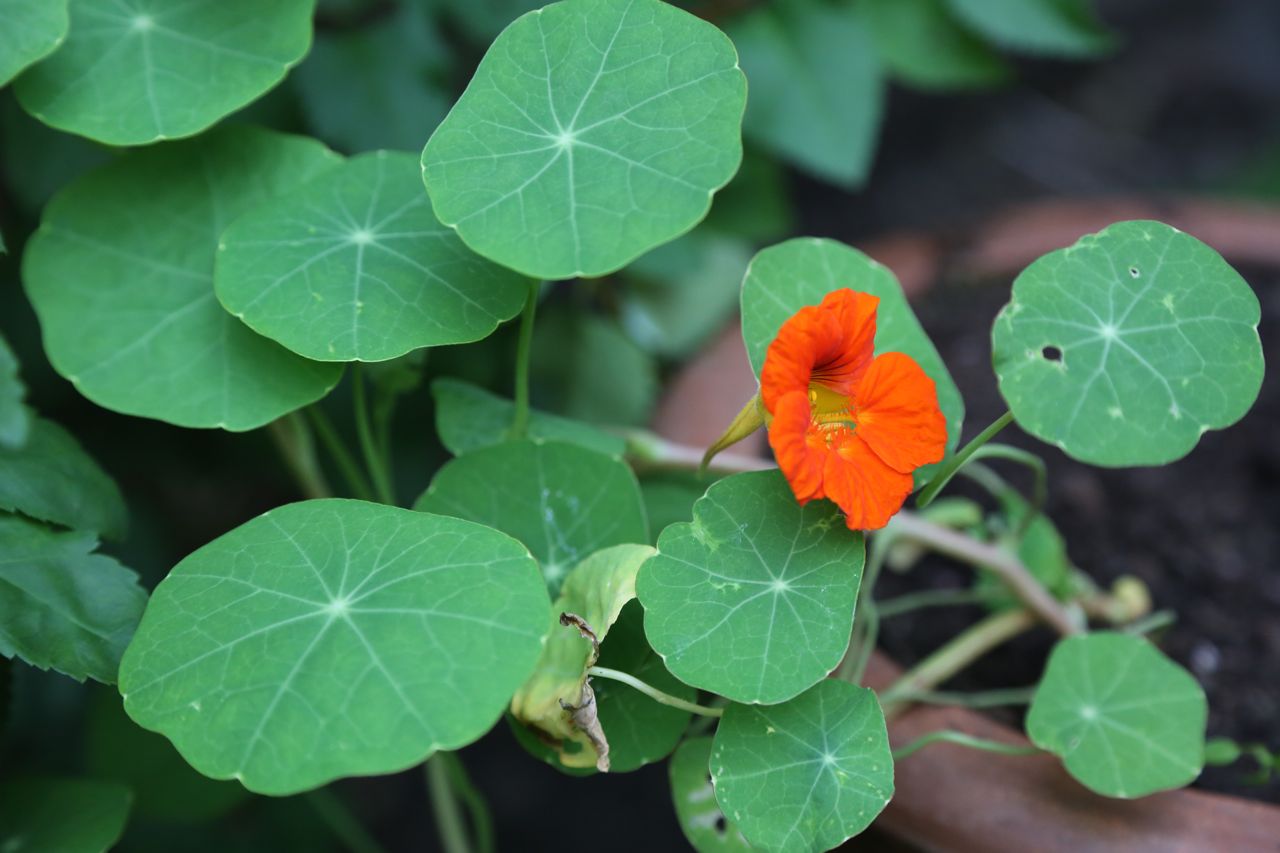 Here's a nasturtium I rooted from a cutting I found lying on Hampstead Heath several weeks ago. (Part of a discarded bouquet, I think.) It's turned into a full-fledged plant and it's bloomed several times. I love nasturtiums but in the states -- specifically in Florida -- I was never able to grow them. Here they grow like weeds!

Dave talked to our former next-door neighbor, Chris, from Notting Hill yesterday. Chris said he spoke to our former landlord, who was staying in our old flat on a visit from the states. Apparently they're no longer selling the flat (which is weird, because it's still listed) and they're looking to rent it again, as I'd heard at school not too long ago. Dave and I agreed that we're happy we were forced to move, because we like the place we're in so much better -- but strange that our landlords have changed their mind about selling. My guess is they haven't been able to get the outrageous price they're asking.

On a related note, I read an interesting article yesterday in the New York Times about the proliferation of houseboats in London, as an alternative to the high cost of housing. Apparently house prices in London have increased 20 percent so far this year! (We will never be able to buy anything.) I once suggested to Dave that we look into living on a boat, but he promptly vetoed that idea. (Now that I've seen him at work in the garden I understand why!) Turns out there are too many boats anyway, and not enough berths.

Last night we watched two more episodes of "The Honourable Woman," a BBC spy drama about Israel and Palestine starring Maggie Gyllenhaal. We missed its broadcast and it's no longer on the iPlayer, so we have to buy each episode via iTunes, and they're released episodically. (Maybe it's being broadcast in the states now?) Anyway, it's a great show. A little confusing in that kind of "Tinker, Tailor, Soldier, Spy" way, where you think you might just be able to wrap your brain around it, and you never quite do -- at least, I never quite do -- but you enjoy it anyway. (How's that for an endorsement?)
Posted by Steve Reed at 7:04 AM